Obese woman slims down by eating 10 grapefruits a day

A size 22 woman (UK 26) has revealed the quirky secret behind her weight loss of more than 110 lbs (eight stone) – eating 10 grapefruits a day.

Terrified when doctors warned her she had to change – or face being obese forever – Ella Resiga, 26, from Montreal, Canada who weighed 259 lbs (18st 7lbs) vowed to finally battle her bulge.

Keen to start her health kick by removing herself from the daily grind, she took some time out to visit Romania, where her family is originally from.

And by using the grapefruit slimming tip, given to her by her Romanian great aunt, Sofia Ciulei – who has since passed away, she shed 77 lbs (5st 7lb) in just four months.

Now virtually unrecognisable, Ella who is a svelte svelte 145 lbs (10st 5lb), said: ‘I always knew I’d have to change. I went through a lot of emotional problems with my size, and felt like the inner me wasn’t shining through. 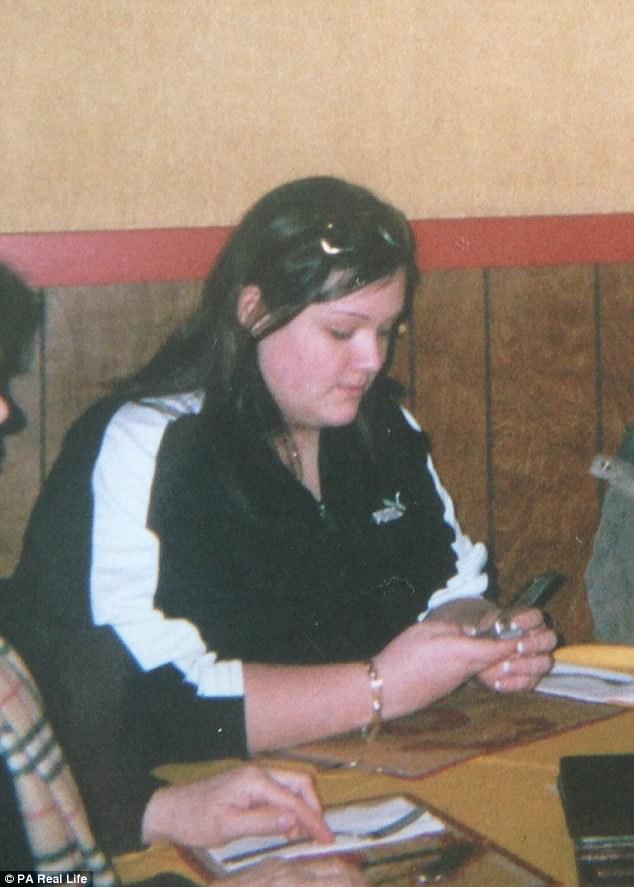 ‘I remember thinking I’d never lose all this weight, though. It felt like a mountain, but I did it and now I want to give other people faith that they can do it, too.

‘Never give up on yourself, because nothing should get in the way of your life and happiness.’

Ella enjoyed a healthy childhood, with nobody else in her family struggling with their size.

But as she neared adolescence, a string of allergic reactions to antibiotics saw doctors put her on a course of steroids, which triggered her weight gain.

IS THE GRAPEFRUIT DIET SAFE?

‘Grapefruit also binds to an enzyme involved in metabolizing oestrogen, so this could upset the oestrogen balance in the body and, as it’s very acidic, cause erosion to the enamel on the teeth.

‘If you want to lose weight sensibly then the best way is to reduce the calorie intake and increase exercise – but this is normally done over a period of time for the body to adjust.

‘We would reduce calories down to 1,200 per day, but offering a range of healthy foods so that the client is receiving their full compliment of nutrients – vitamins, minerals and fibre.

‘This diet should be undertaken with professional help so that the client understands about nutrition, different types of food groups and what the body’s daily requirements need.

‘It also helps to explore the triggers that drive this type of behaviour so that in the future the person becomes fully aware of the reasons behind their overeating.’

‘I fell into depression in my teens. Kids that age aren’t the nicest, so I was teased a lot.’

Although Ella stuck to a balanced diet, eating fruit and vegetables every day and avoiding junk food, she thinks it was her huge portion sizes that caused her to balloon to 18st 7lb.

‘I could just look at food and I’d gain weight,’ claimed Ella, admitting that it took ‘loads’ to fill her up. 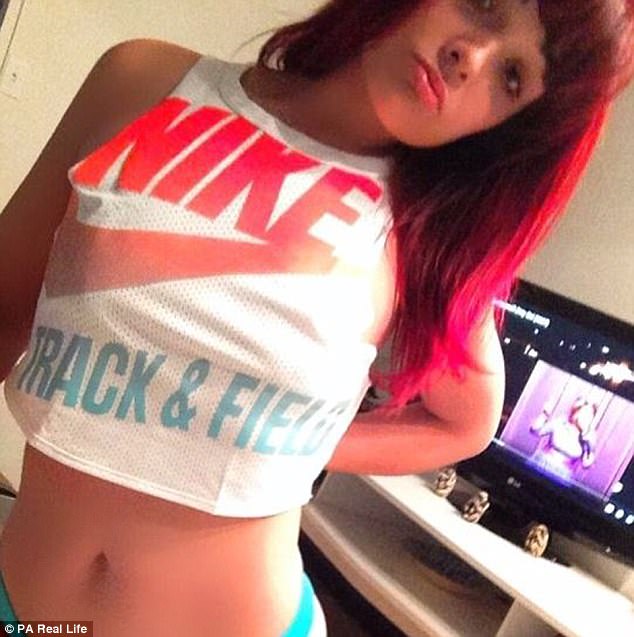 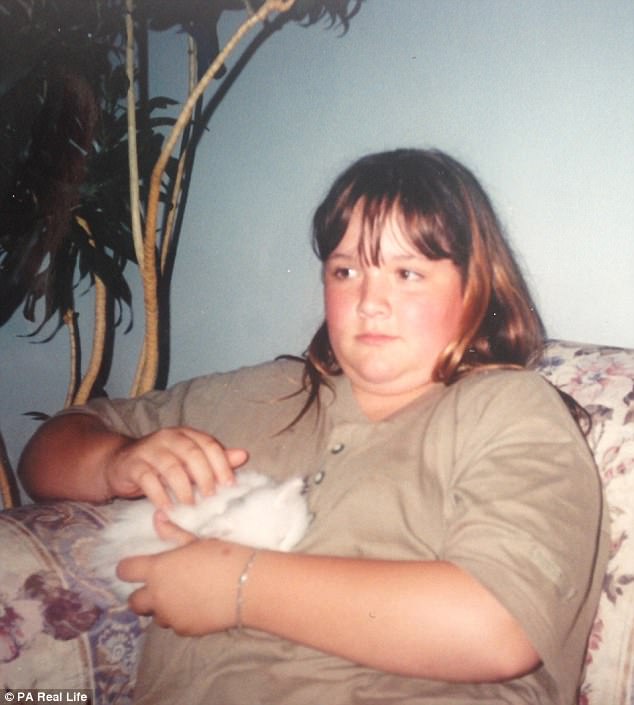 Things finally hit home when, during a routine check-up, her GP issued a stark warning – to change now, or face a lifetime of health problems.

Determined to rise to the challenge, Ella left Canada for Romania, where she spent four months with her family, including her great aunt Sofia, who recommended she follow an unusual diet plan.

‘The only things I ate were boiled, unseasoned chicken, boiled vegetables and grapefruit,’ Ella explained.

‘It probably wasn’t the healthiest diet, as I was missing various nutrients, but I got protein from the chicken and vitamins from the vegetables and grapefruit. 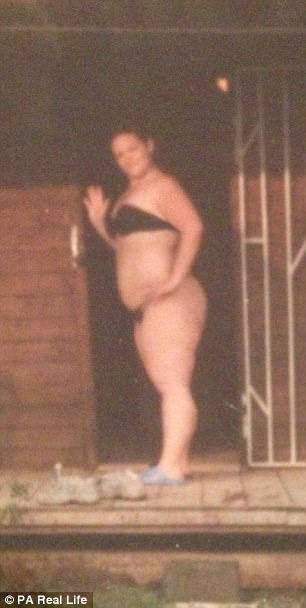 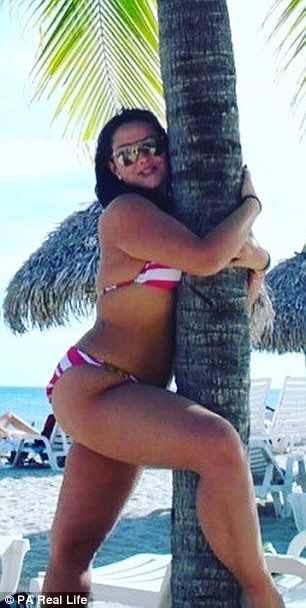 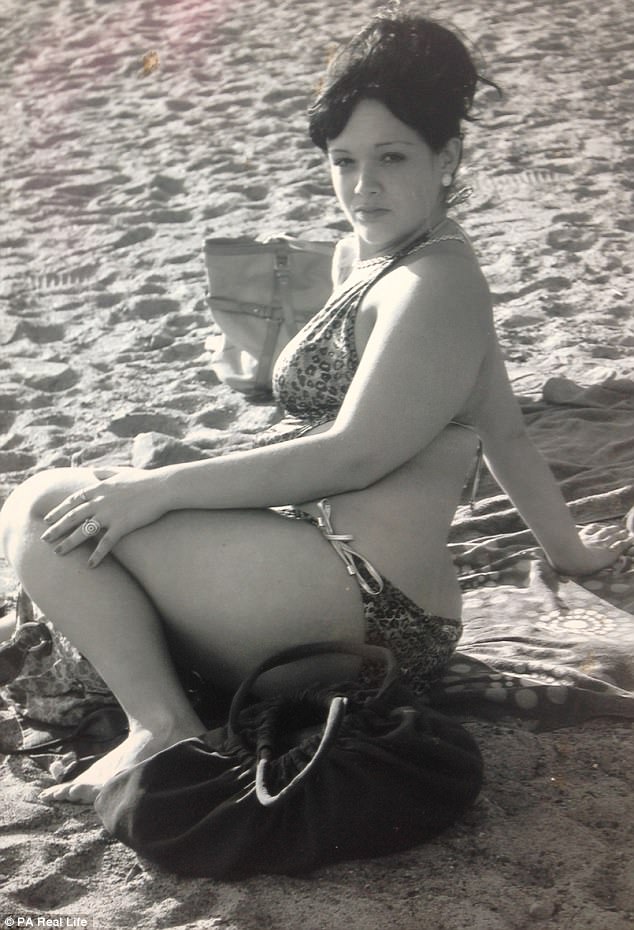 ‘I mainly just ate an industrial amount of grapefruit, though. I’d eat between eight and 10 a day, like they were snacks.’

Along with walking five miles every day, Ella’s new diet saw the pounds melt away until she eventually returned to Canada more than five stone lighter.

But, throwing herself into a new healthy regime, Ella stayed resolute and has maintained her slender figure. 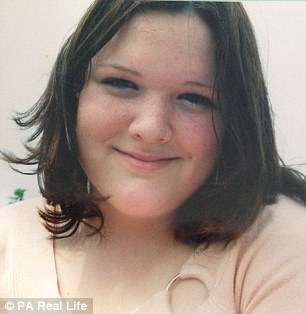 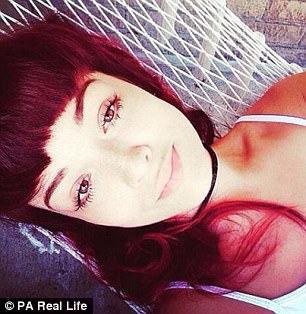 Ella was overweight as a teenager (left). Although she stuck to a healthy diet, she would eat large portions of food.  Pictured last month following her weight loss (right) 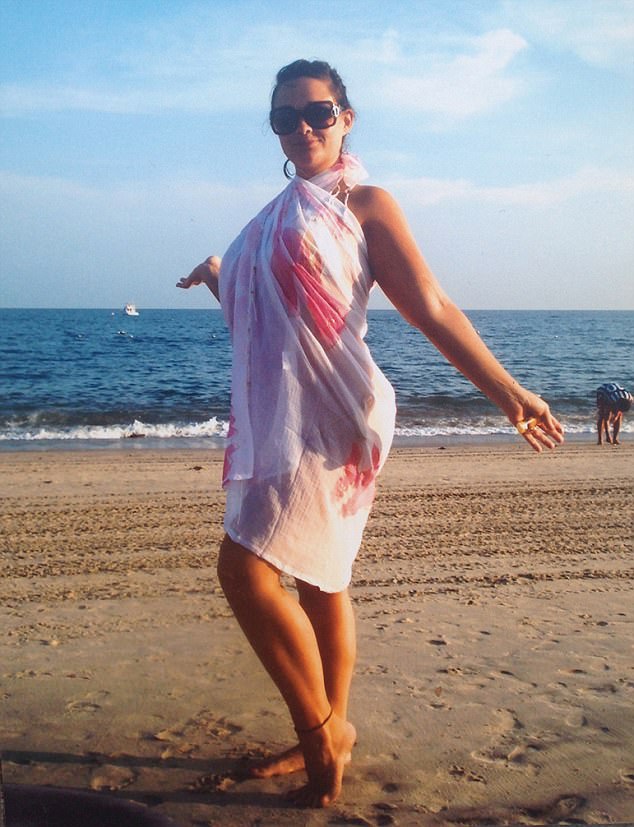 Now, she works out by doing yoga and Pilates, and is strict with her portion control. She has ditched the grapefruit, but follows a nutritious diet of fruit, cereal and yoghurt for breakfast, followed by vegetables, meat and fish for lunch and dinner.

She’s also cut down hugely on bread, as she believes this contributed to her weight gain before.

‘I’m really grateful to my aunt for the advice. It just goes to show that some of the old school methods work,’ she said. 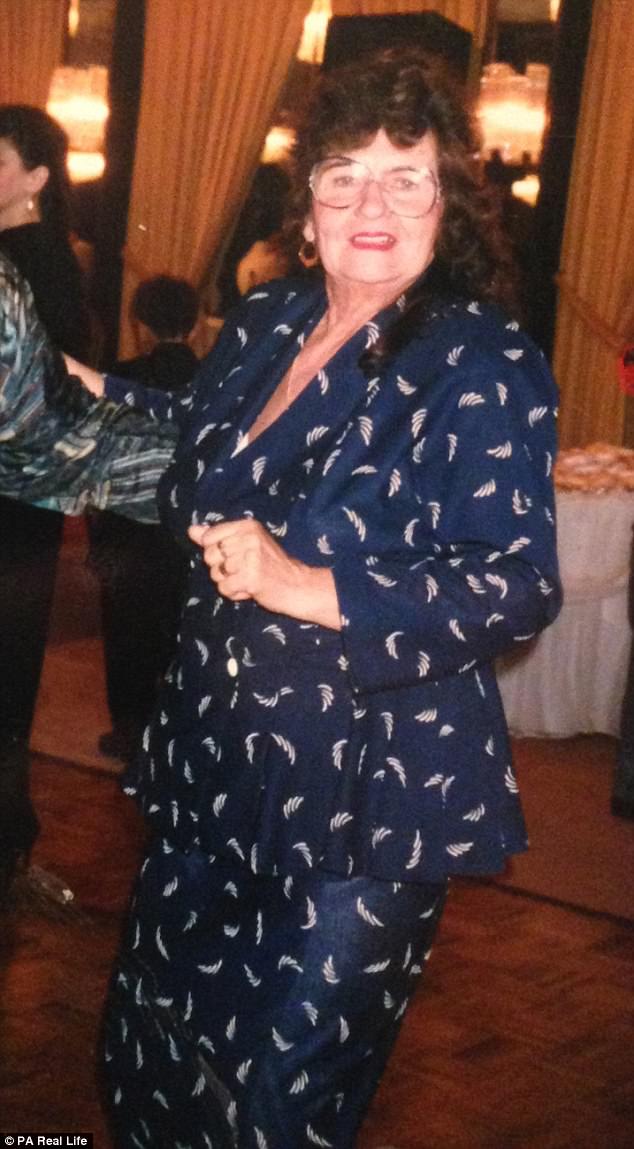 Ella Resiga’s Great Aunt Sofia, who recommended that she try the grapefruit diet

Reflecting on how much her confidence has improved, Ella added: ‘I feel like I’ve almost lived two lives. It’s amazing how differently I’m looked at and treated now, even by strangers when I’m out and about.

‘I didn’t realise at the time how poorly I was treated, but it’s sad to see how society acts towards people with obesity problems. It’s like there’s a stereotype that they’re lazy and not in control.

‘I’m very proud of what I’ve done, though, and I want other people to have the faith to do it too.’