She was already a single mother to six kids before making headlines around the world for giving birth to octuplets via in vitro fertilisation in 2009.

Now 10 years on, the 43-year-old American woman revealed the moment she no longer wanted to be in the spotlight after her notorious fame.

In a preview for Australian current affairs program Sunday Night, to air on March 10, Natalie said she regretted her past work in the adult film world.

‘I think I was young, dumb, irresponsible, selfish [and] reckless,’ she told Channel Seven journalist Angela Cox – as she offers a glimpse into her humble three-bedroom home in California.

She reiterated that the only reason she stripped down was to make ends meet.

The supermom also explained how her public persona was the ‘antithesis’ of who she really is: ‘I was set up as this shallow, narcissistic, fame-seeking character.’

‘I was young, dumb, irresponsible, selfish and reckless’: Natalie Suleman, 43, reveals in a preview for Australian TV program Sunday Night, why she turned her back on ‘Octomom’

Her notoriety led her to do a pornographic film, which saw her win four Adult Video Network (AVN) awards, and appear in strip clubs.

The single mother said that despite what has been shown in the media, she only resorted to those measures to put ‘food on the table’.

‘It is a caricature that is 100 per cent media made up,’ Natalie said of her public persona.

Natalie gave up life in the spotlight in 2013, and concentrated on being an at-home mother. 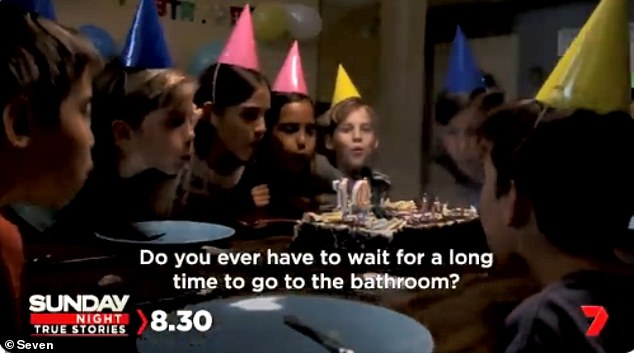 At home with Natalie: The segment, set to air at 8.30pm (AEDT) on March 10, sees journalist Angela Cox spending five days with the family at their home in California 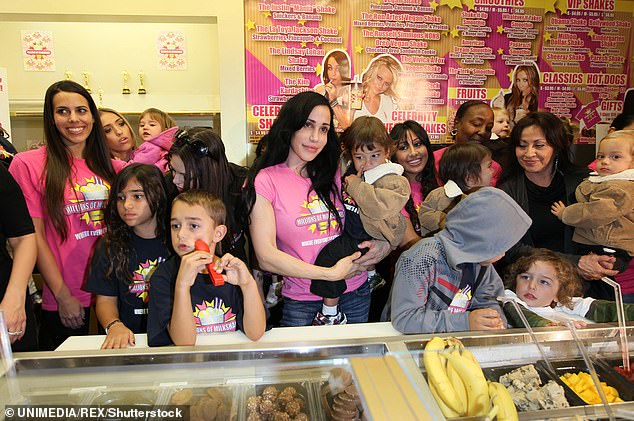 Limelight: Natalie launched a career in the spotlight in 2012, but gave up on fame just a year later, due to public perception: ‘They wanted to set this character up as this shallow, narcissistic, fame-seeking character that just had kids to get fame and money’

She now rents a modest three-bedroom townhouse, south of Los Angeles, and uses her government food stamps to purchase organic vegan food and bottled water for her children.

Sunday Night’s Angela Cox, who recently spent five days with the family, described Natalie’s children as ‘thriving’ and ‘happy’ despite not owning their own bed and sharing the same chair at the dinner table.

In a trailer for the program, Natalie is seen at her California home providing dinner for her children and blowing out candles for the octuplets’ 10th birthdays in January.

Natalie previously told DailyMail.com that she turned her back on the media persona of ‘Octomom’ as it ‘nearly destroyed’ her and her family.

Speaking to DailyMail.com in December 2017, she revealed: ‘Every day I would wake up with the most ugly, dead, visceral feeling inside of me.

‘I didn’t want to live. I felt less than human as that character I was pretending to be, to survive and provide for my family. 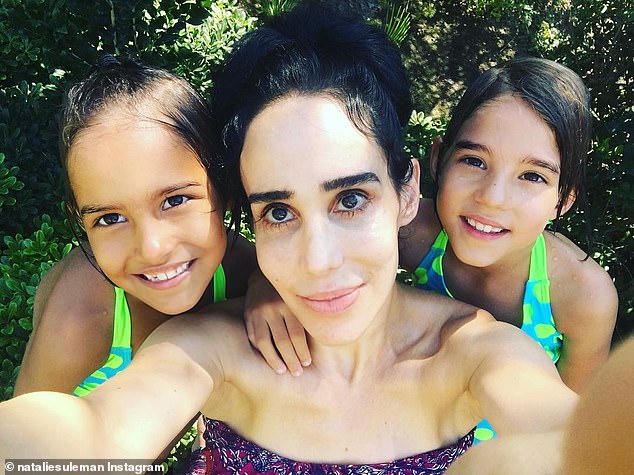 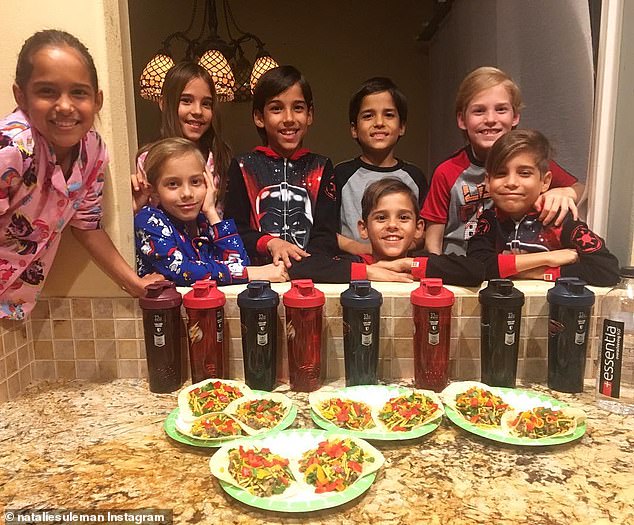 Thriving: Sunday Night’s Angela Cox describes Natalie’s children as ‘thriving’ and ‘happy’ despite not owning their own bed and sharing the same chair at the dinner table

‘What she was disgusted me, and I did not want my children to remember me like that. I was forced into doing things I didn’t want to do because I was so terrified I couldn’t support them and give them the life they deserved.

‘When I abandoned it and went back to who I really am, I had that sense of peace, internal joy.

Natalie also told DailyMail.com that her breaking point came after she was approached by a stranger one night while was working as a stripper. 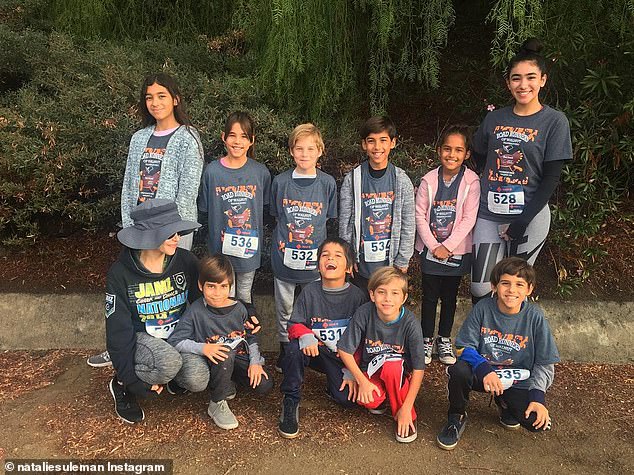 Providing for the family: Natalie resorted to a career in adult entertainment from 2012 to 2013 to put ‘food on the table’ for her family 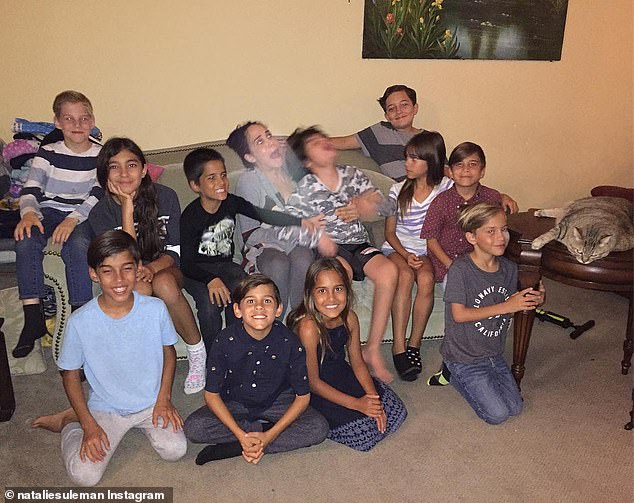 ‘He took my hand and grabbed my arm and said in a very gentle but firm way: “You do not have to do this”. He repeated it five times.

‘I couldn’t control the tears that were streaming down my face. I had that ugly feeling of nausea. I looked down for a moment, and looked up and he was gone,’ she said.

Natalie said she thought it was possible the man could have been ‘an angel’ and she decided to make a change: ‘I knew I had to be my healthy self again. I didn’t want my kids not to have a mom.’

Natalie has six children from her first five rounds of IVF – Elijah, Amerah, Joshua, Aiden, and twins Calyssa and Caleb.

The octuplets, Makai, Josiah, Isaiah, Jonah, Maliyah, Jeremiah, Nariyah and Noah, who are all 10 years old, are the only surviving set in the world.

Sunday Night: True Stories hosted by Melissa Doyle airs at 8.30pm (AEDT) on Seven and 7PLUS