OECD praises NSW, Victoria for ending zero Covid but says GST will have to go up to fund lockdowns

An influential global organisation has praised Australian state leaders for abandoning its zero-Covid strategy – but have been warned the country will have to raise the GST to pay for lockdowns.

NSW Premier Gladys Berejiklian has promised to allow pub and restaurant visits once 70 per cent of working age and adult population is fully vaccinated as part of a roadmap to reopen the economy.

‘In Australia, the recent outbreak of the Covid-19 Delta variant has prompted the government to adapt its public health response,’ it said.

‘Instead of attempting to suppress the virus (‘zero tolerance’), efforts are now being made in New South Wales and Victoria to contain the virus together with a more active campaign to vaccinate the population.’

Even before Sydney and Melbourne went into hard lockdowns, federal Treasury estimated in the May budget that Australia’s gross government debt would surpass $1trillion by June 2023, making up 48.6 per cent of the economy.

The deficit of $161billion for the 2020-21 financial year made up 7.8 per cent of the economy, the highest level since World War II.

Massive spending programs on welfare measures like JobKeeper wage subsidies means Australia will have budget deficits for the foreseeable future.

The OECD said the Goods and Service Tax needed to be raised from its current 10 per cent, a level unchanged since it debuted in July 2000.

While the federal government collects the GST, the proceeds are given back to the states and the OECD said the consumption tax would have to increase to pay off the debt incurred from multiple lockdowns.

‘Another legacy of the pandemic will be higher public debt,’ it said. 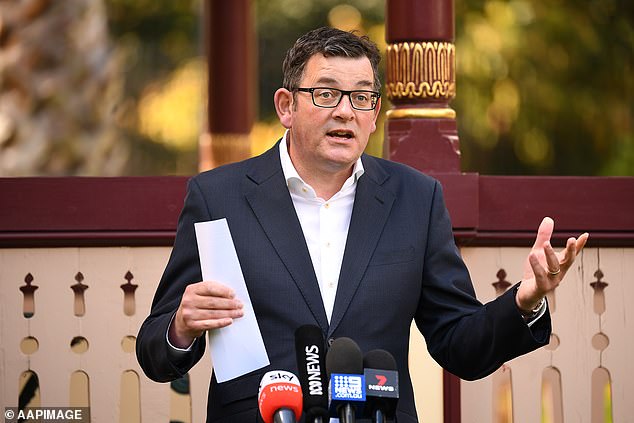 With Sydney residents likely to enjoy more freedoms from mid-October, the OECD has praised Victoria’s Daniel Andrews for following the example of New South Wales

‘Tax reform will be necessary to reduce Australia’s reliance on taxing personal incomes, which leaves public finances vulnerable to an ageing population.

‘This could be achieved by increasing the Goods and Services Tax rate or broadening the base.’

The OECD advocated more personal income tax cuts and reductions in superannuation tax breaks and capital gains tax discounts for those who sell property or shares.

With Sydney in lockdown since June 26, Australia’s economy is expected to shrink in the September quarter. 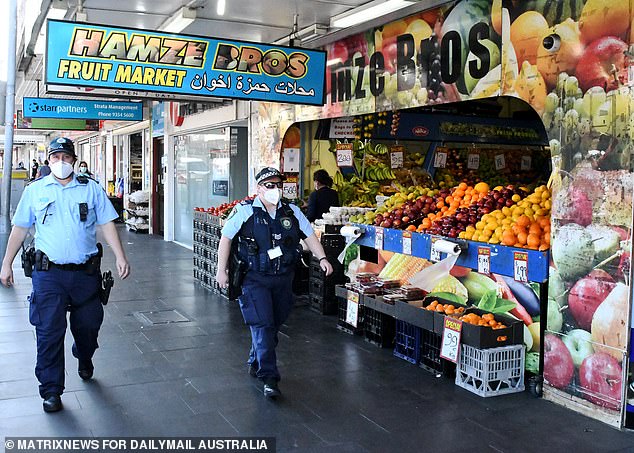 Lockdowns are costly and push up government debt. The OCED says Australia will have to raise the GST beyond the existing 10 per cent rate to pay for the lockdown debt (pictured are police at Merrylands in Sydney’s west)

But the Reserve Bank of Australia is expecting the economy to grow again strongly in the December quarter as NSW and Victoria ended or eased lockdowns.

Australians are more upbeat as the two biggest states signal paths to giving back freedoms.

The Westpac-Melbourne Institute consumer sentiment for September showed a reading that was 13.2 per cent higher than a year ago when only Melbourne, and not Sydney, was in lockdown.

‘The quickening of the vaccine rollout and jump in supply of Pfizer and Moderna vaccines – especially to younger Australians – appears to have boosted morale, as state governments announce tentative roadmaps out of lockdowns.’