An off-duty police officer in Florida heroically jumped into the Atlantic ocean to pull a boy on a boogie board to safety after a shark was seen swimming ‘dangerously close.’

The harrowing moment began when Cocoa Beach Police Officer Adrian Kosicki and his wife were taking a stroll with their dog near the pier on Thursday evening.

Footage shared by Cocoa Beach Police & Fire shows a shark fin slicing through the water’s surface as it swims towards the young boy.

‘Hey buddy! Hey, there’s a shark right there,’ one witness yells. ‘There he is!’

Other beachgoers in the background can be heard shouting to alert the boy, who is swimming on a blue boogie board nearby.

Witnesses in Cooca Beach, Florida, on Thursday saw a shark swimming  ‘dangerously close’ to a young boy boogie boarding in the ocean

With just seconds before the shark reaches the child, Kosicki lunges into the ocean water and begins to swiftly drag the boy out.

Witnesses begin checking on the rescued child as the camera pans back to the ocean. The shark has quickly disappeared from view.

The species of the shark was not immediately clear, but The Brevard Times reports that Cocoa Beach usually sees Bull sharks, Spinner sharks, small Bonnethead sharks and Blacktip sharks. 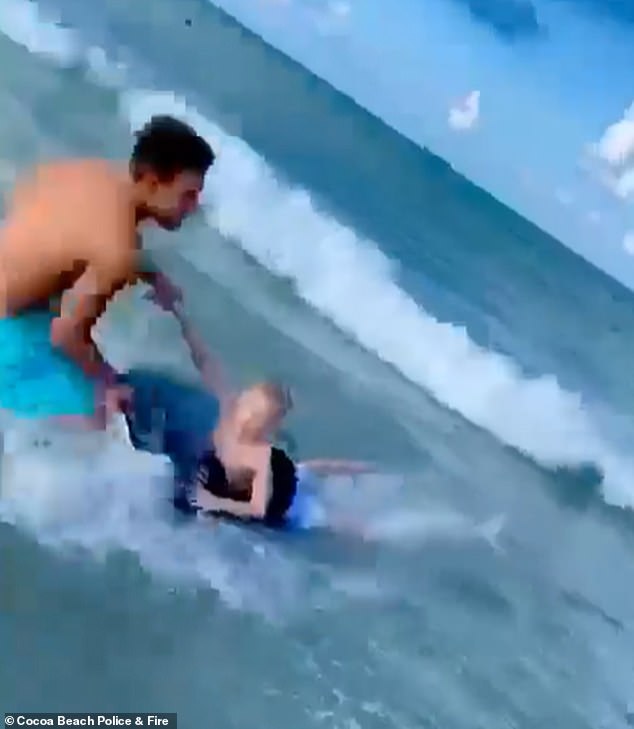 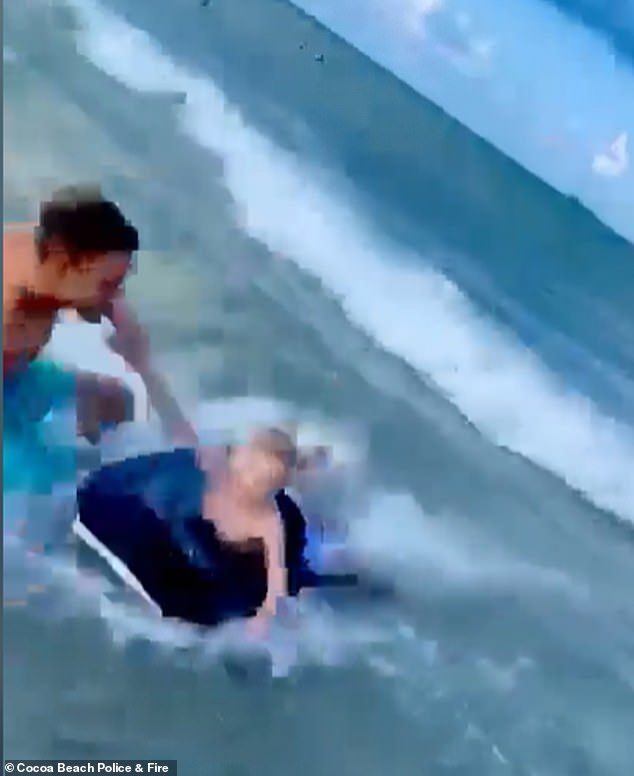 ‘We’re certainly not marine biologists, educated and trained to differentiate between the various species of sharks, their respective feeding habits, and aggressiveness near swimmers.’ wrote the Cocoa Beach Fire & Police on Facebook.

‘We just do what we do best—protect the public from harm. Thanks to Adrian, we’ll never know what that shark’s intentions were, and that little boy will forever have a pretty cool story to tell.’

According to the International Shark Attack File, Florida accounts for the most shark attacks in the United States and New Smyrna Beach is considered the shark attack capital of the world. 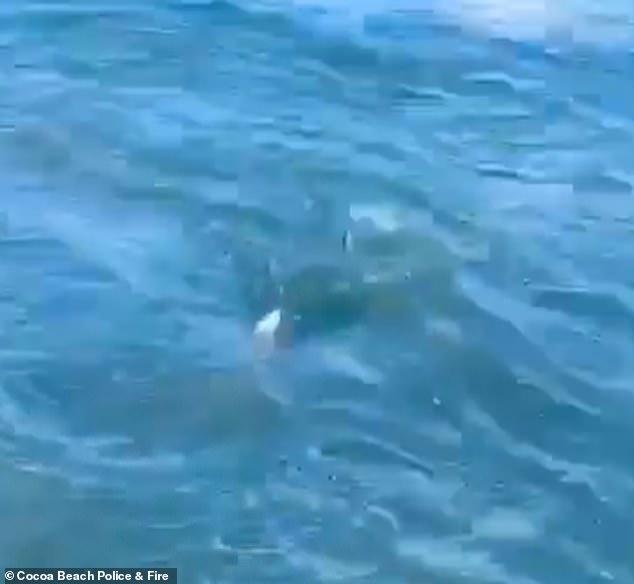 Last year, there were 21 recorded shark attacks in Florida with no fatalities. The largest number of Florida shark attacks was recorded in 2016 with 32 non-fatal incidents.

Brevard County, where Cocoa Beach is found, has the second highest number of shark attacks in Florida behind Volusia County, The Brevard Times reports.