Coronavirus arrives in Italy: Officials announce two case of the deadly illness have been confirmed… but couple tested on cruise ship are given all clear and passengers are finally allowed to disembark

Italian Prime Minister Giuseppe Conte has confirmed the country’s first cases of the coronavirus after two tourists from China tested posted positive for the illness.

The country’s leader said the two individuals, who had been stating at the Paltino hotel in Rome before they were placed in isolation, had landed in the nation’s capital earlier this week.

Mr Conte, who has suspended air travel between Italy and China, added that he would be arranging a meeting with the Council of Ministers on Friday to discuss ‘further measures’.

He told CNN: ‘We have already prepared all the precautionary measures to isolate these two cases.

Italy has confirmed that two tourists from China, who had been stating at the Paltino hotel (pictured) in Rome, have tested posted positive for the illness 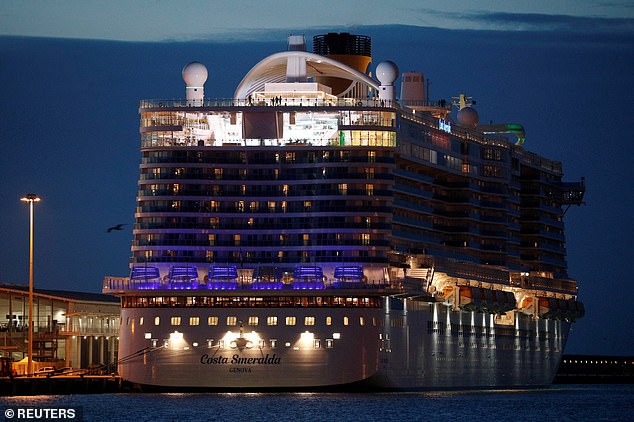 The latest cases come after the 7,000  passengers who were kept in lockdown onboard the Costa Smeralda were allowed to leave the boat

‘There is no reason to create social alarm or panic.’

The latest cases come after the 7,000 passengers who were kept in lockdown onboard a cruise ship in the Italian city of Civitavecchia were allowed to leave the boat after receiving confirmation that two people onboard did not have the coronavirus.

The people travelling inside the Costa Smeralda ship had been kept on the ship since Thursday morning after a Chinese woman, 54, from Macau, who boarded the ship on January 25, came down with ‘mild flu-like symptoms’ the previous night.

The woman, who was placed in an isolation unit on the ship with her partner, tested negative for the virus, Italy’s health ministry later confirmed.

Costa Smeralda, which is owned by the company Costa Crociere, offered to pay for food and hotels for some 1,140 people who had been due to disembark at the Civitavecchia port near Rome on Thursday.

The cases in Italy come as the World Health Organisation (WHO) declared an international public health emergency over the outbreak. 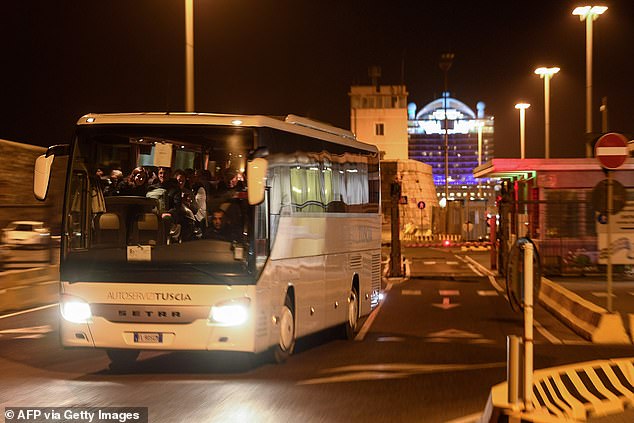 Pictured: A bus leaves the harbour where the Costa Smeralda cruise ship was docked in Civitavecchia 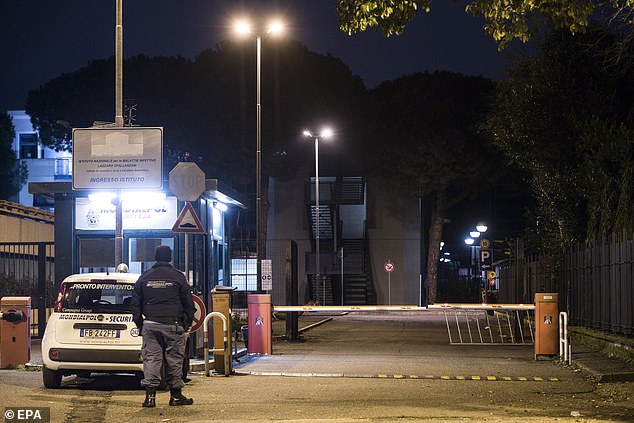 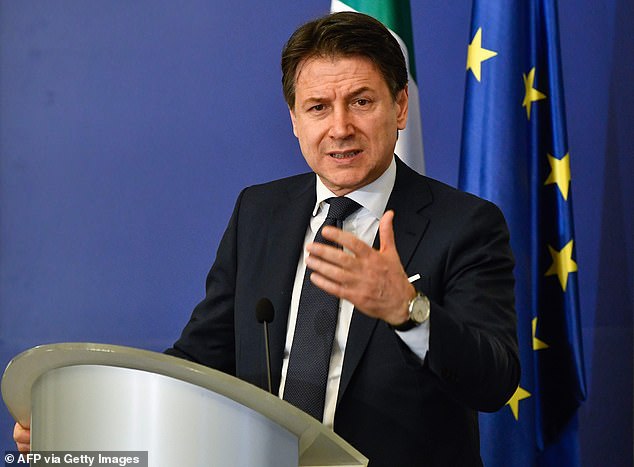 The declaration comes after the latest figures showed 213 people have now died in China from the deadly virus.

An evacuation flight to bring British nationals back to the UK from the Chinese city of Wuhan is now expected to arrive back in the UK.

About 150 UK citizens are due to be brought back from China on a flight due to leave Wuhan city at 7am local time on Friday – 11pm Thursday UK time.

The group will be housed in a seven-storey NHS staff block with a pool table, TVs and wi-fi, including access to outdoor areas. 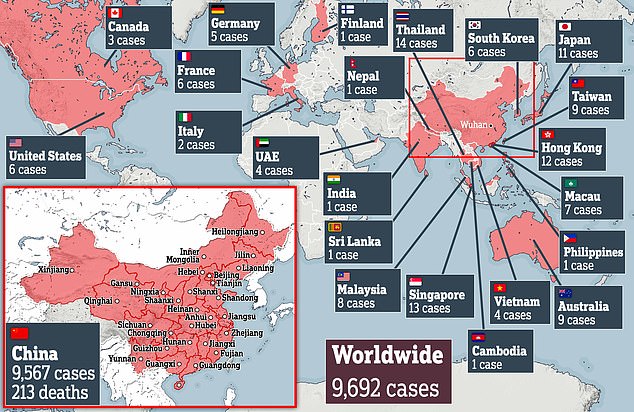 The coronavirus has now infected every region of China. The death toll is 213 and cases have soared past 9,692