Ohio family of five who died in farm inferno is identified

The victims of a deadly farmhouse fire have been identified as a family of five, including a 19-year-old cadet firefighter.

Austin Rainey, 19, died in the blaze on Thursday in Fostoria, Ohio along with his parents James, 45, and Jodi, 41, and younger siblings, 15-year-old Cody and 7-year-old Jessica. Two dogs also died in the fire.

Investigators say that young Jessica made the 911 call from inside the house with her father’s cell phone, but that the fire was so intense that the first firefighters to arrive could not get inside to save the family.

The fire began around 3.45am, starting on the first floor of the home, the State Fire Marshal said in a statement.

Although the cause of the fire was ruled undetermined, investigators could not rule out electrical or heating sources as possible causes of the inferno.

Austin Rainey, 19, (left) died in the blaze on Thursday in Fostoria, Ohio along with his parents and younger siblings, 15-year-old Cody (left) and 7-year-old Jessica (center) 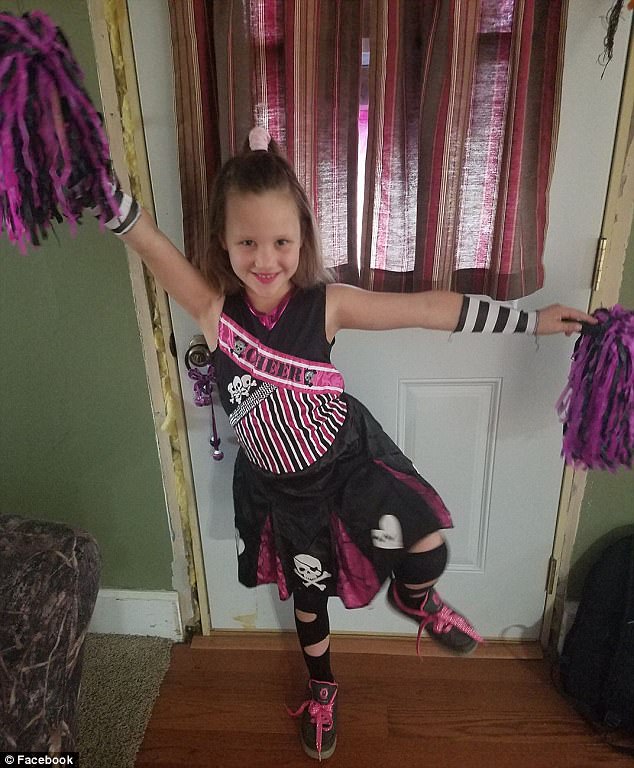 Investigators say that young Jessica made the 911 call from inside the house with her father’s cell phone, but the fire was so intense that firefighters were unable to rescue the family 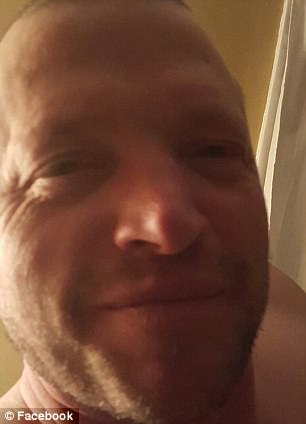 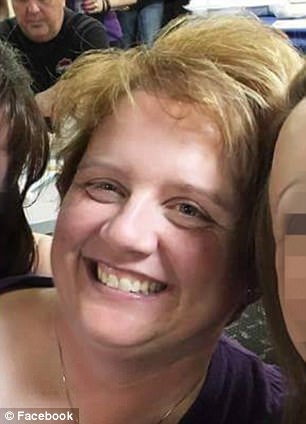 Parents James Rainey, 45, and Jodi Depinet-Rainey, 41, died in the inferno. Investigators have not determined a cause for the fire, but can’t rule out heating or electrical sources 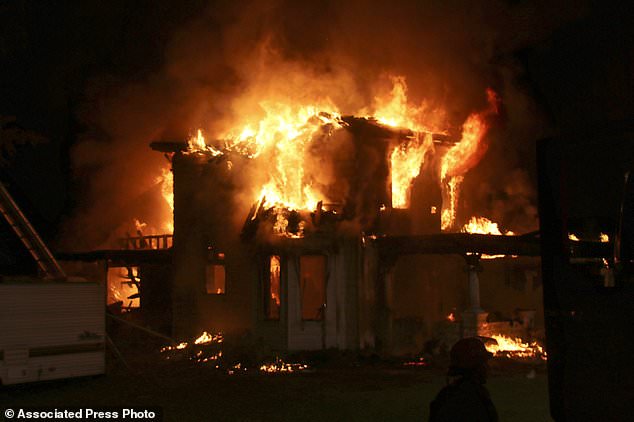 A cadet firefighter, 19, is among the five dead after a family’s farmhouse in Ohio went up in flames (pictured)

The body of Austin, a fire cadet for his local Bascom district, was draped with a U.S. flag and saluted as his body was taken to the vehicle.

Crews found three bodies in the morning and two more bodies later beneath some of the rubble. Parts of the house had collapsed, making it dangerous and difficult to search, Henry said.

Investigators said four bodies were on the second floor and one on the first.

‘There was a lot of fire coming out of the front – a lot of heavy smoke,’ said Chief Mark DeVault of the Bascom Joint Fire District.

Nothing was left of the home’s roof or front porch, and much of both floors were badly burned. 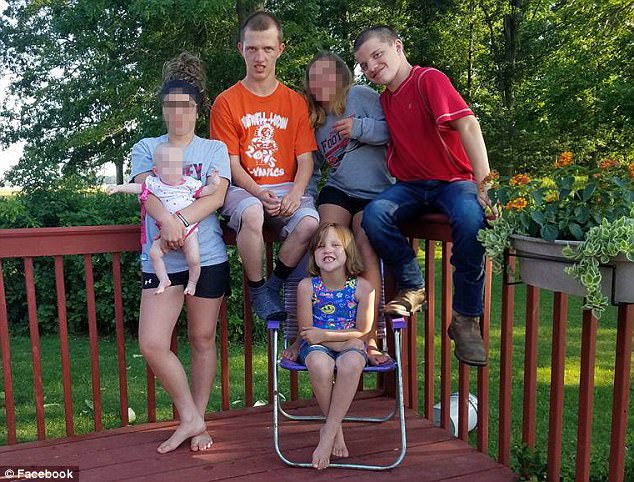 Austin (left) Jessica and Cody are pictured. Funeral arrangements for the family are pending 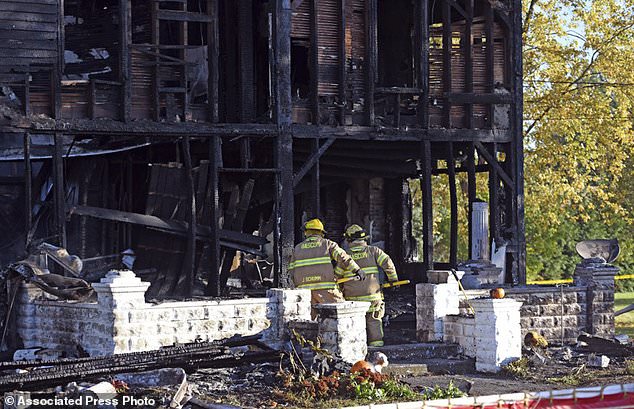 Investigators look through rubble after a farmhouse fire Thursday, near Fostoria, Ohio 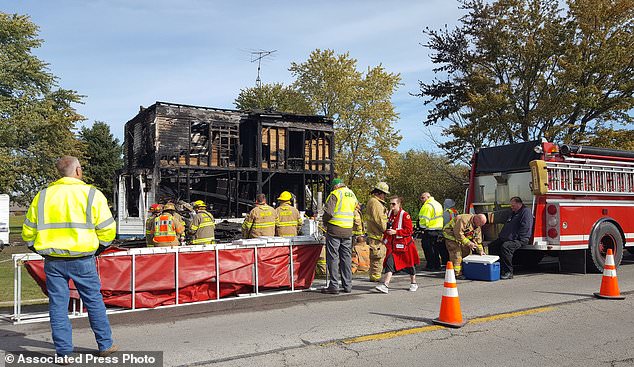 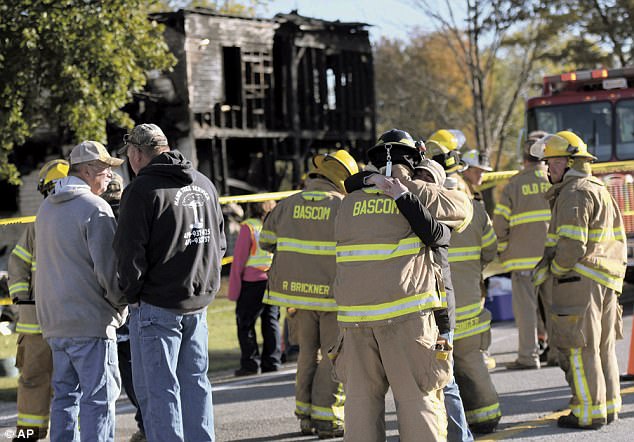 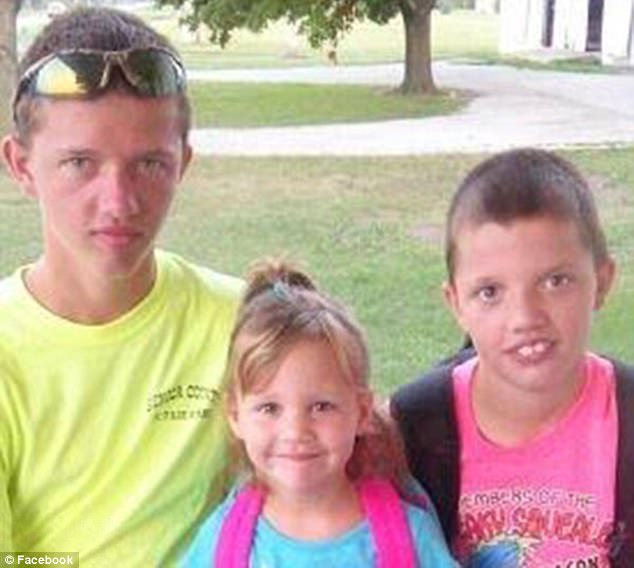 Briana Lynn Hepp, Austin’s girlfriend of two years, paid tribute to the ‘love of my life’ in a touching Facebook post.

‘It’s so hard to see my love of my life gone I miss him so much,’ she wrote. ‘It kills me to see my boyfriends family gone and him too.

‘I was getting close to his family… I’m heart broken and I’m a complete wreck.’

Austin went to Vanguard-Sentinel Career and Technology Centers, and worked as a part time cashier.

The Seneca County Coroner will release the autopsy results in the coming weeks.

Funeral arrangements for the family have not yet been made.