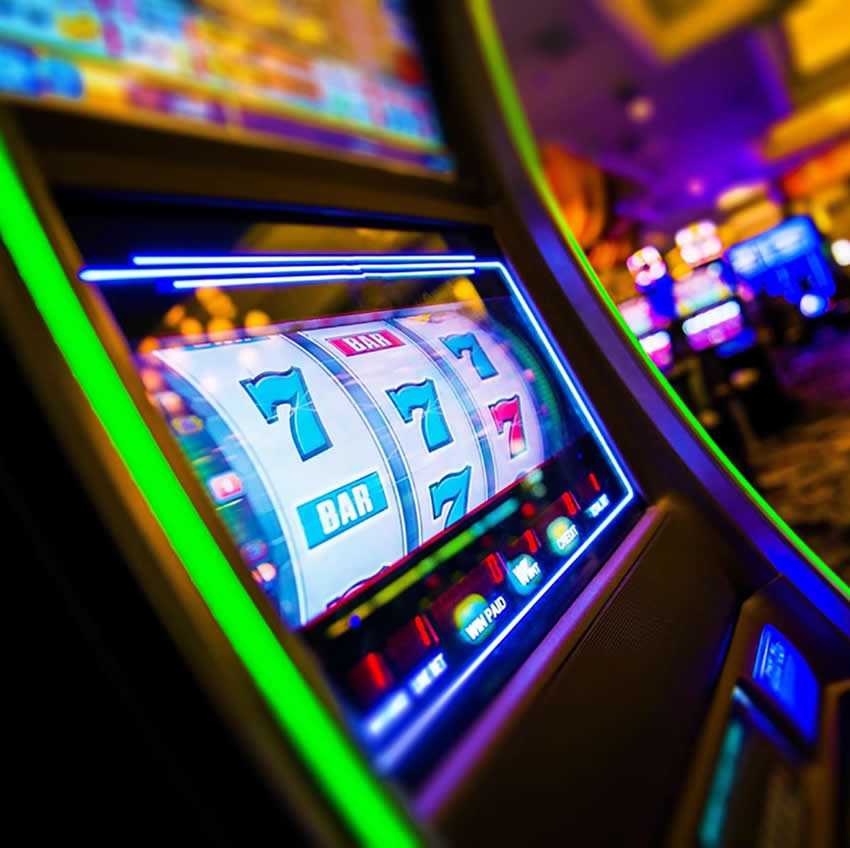 Progressive slots are responsible for the biggest wins ever handed out in online casino history. Therefore, their popularity beats whether they meet modern entertainment standards or not. Numerous jackpot slots that are popular for their significant amounts fall in the classic category, some of which are assessed in this piece. 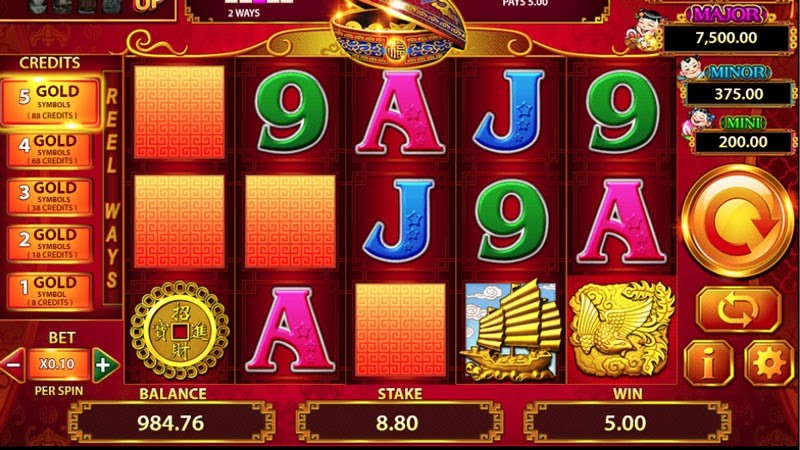 Scientific Games’ 88 Fortunes slot is a classic pokie that focuses on Asian culture. The slot machine features four progressive jackpots, namely Mini, Minor, Major, and Grand. The prizes collected in these jackpots vary depending on the number of gold symbols that are active during gameplay. One of the pooled amounts is awarded once the Fu Bat Jackpot Feature is triggered. 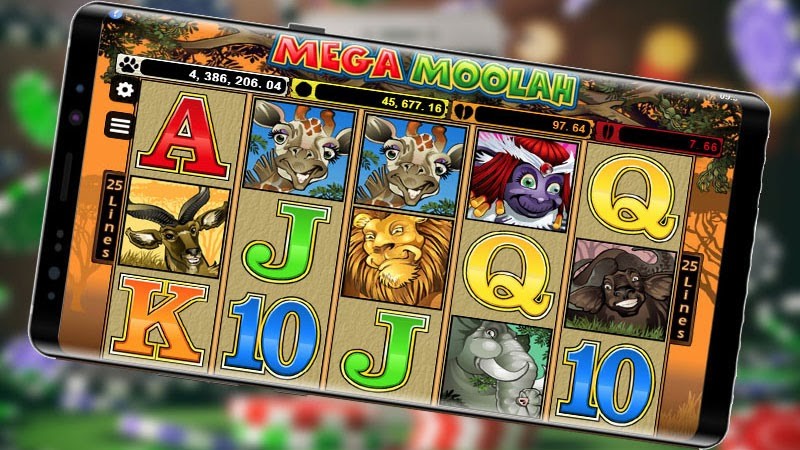 The Mega Moolah slot machine is not only popular among old-fashioned, progressive slots but also all slots in general. The game is a product of the software developer Microgaming and is famous for awarding the highest ever slot machine jackpot in history. The prize was awarded to Joy Heywood, a UK resident, and he collected over 17.87 million euros from the pot. On average, the game allocates around five million dollars every nine weeks.

Even with such massive wins, Mega Moolah features a traditional build that is set in the African Savannah. The graphics used in presenting the animal characters and shrubs in the backdrop have nothing on the 3D slots provided today. Even so, it has a jackpot package with four pooled prizes that have the following starting amounts: 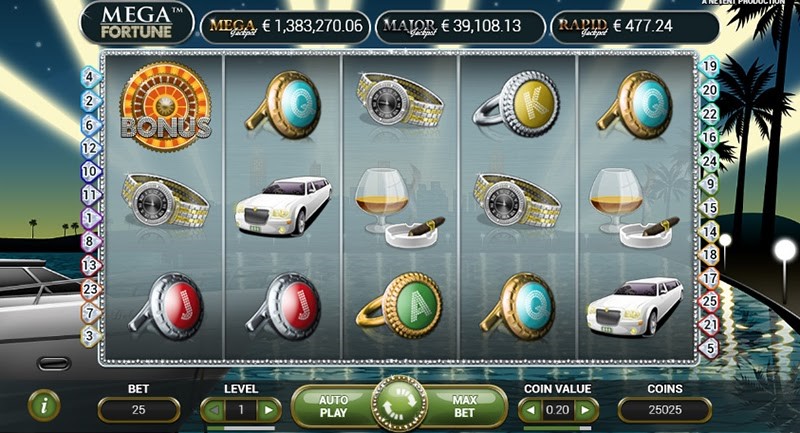 The Mega Fortune slot ranks second among the highest slot jackpot wins of all time. The slot game by NetEnt delivers what the best visuals the software developer had to offer in 2009 when it was released. The game focuses on the exotic life of the wealthy, kicking off with a sleek yacht docked in a marina in the backdrop. On the reels, players are treated to designer clothing, stunning mansions, luxury holiday destinations, and pricey cars. The pokie payouts match this imagery with three jackpots, which are Rapid, Major, and Mega. Any of these prizes can be awarded in the Bonus Game, which is activated when three bonus symbols land on the grid. To date, the slot has paid a maximum win of a little over 17.86 million euros. 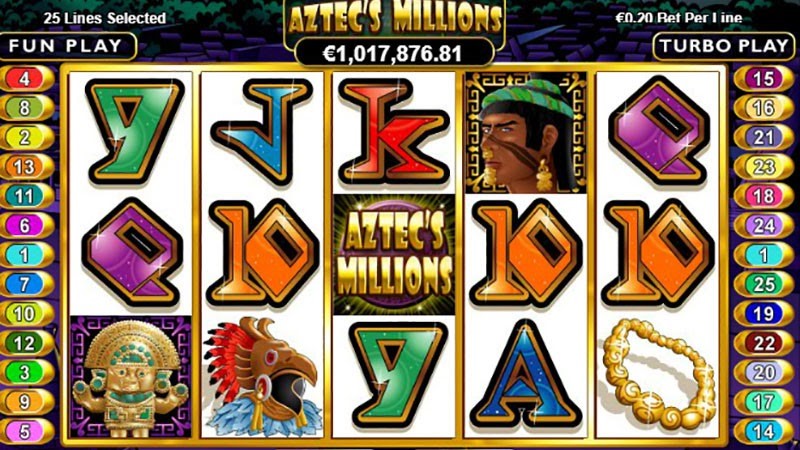 This game is a relatively recent release by Realtime Gaming that hit the online market in 2015. However, it is a jackpot sequel for the slot game Aztec Fortune, which is a popular classic. The Aztec Millions slot features all the traditional imagery of the old slot with simple boxy images used for characters while the backdrop is a simple outline of mountains against a sunset. The jackpot prize in this game has been known to count in the hundreds of thousands of dollars. The pooled amount is awarded when five slot logos form a combination on any bet line. The game includes several other bonuses to accompany this win such as: 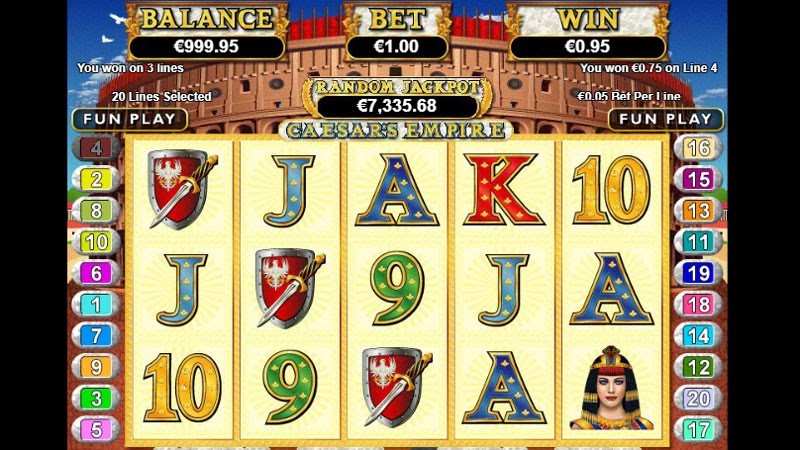 Julius Caesar was a critical player in the fall of the Roman Republic and the rise of the Roman Empire, which makes him a well-explored figure in entertainment today. Realtime Gaming depicts his climb to power and wealth in the slot machine Caesar’s Empire.

The game’s appearance matches that of early video slot games with a simple image of the colosseum with five cream reels cast over it. The twenty bet lines used to identify character combinations are marked using standard coloured boxes, and no unique animations or images are added to the game. Even with a presentation that does little to compete with modern slots, the set includes a progressive jackpot win. This prize is awarded randomly after any spin and is added to standard payouts that are collected. The amount gathered from payouts to feed the pot is no more than 1.5% of player returns. 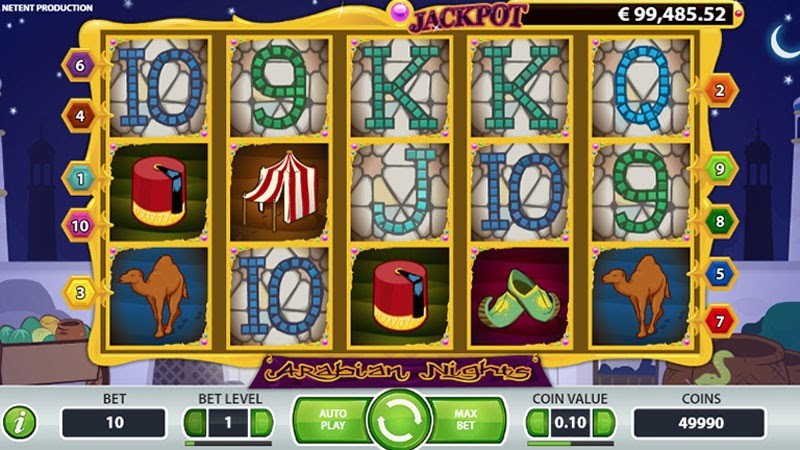 Arabian Nights is among the most valuable slots by NetEnt having awarded a maximum amount of more than 8.6 million euros in a single win. On average, the game grants around 1.5 million euros, and the pool seeds at 125,000 euros. So far, the pokie has made 47 players progressive jackpot winners. Even so, it features a classic design that introduces players to the tale of Aladdin and the magical lamp. When players rub the lamp just right, the genie within is willing to award regular payouts of up to 10,000 credits for five Aladdin symbols. Alternatively, the same combination can award the jackpot prize.

Euro Games Technology is recognized as the king of classic slots, and 20 Dazzling Hot stands out as one of its best progressive jackpot releases. The game features the standard EGT design of five reels with its twenty bet lines indicated on pillars flanking each side of the screen. All the symbols used in gameplay are sourced from the fruit machines era, including:

20 Dazzling Hot slot includes four progressive jackpots and the bonus round in which they can be won if triggered randomly. In the bonus game, players are presented with 12 down-facing cards. The round continues until three matching cards are revealed. The jackpot amount corresponding to the landed poker suit is awarded. The spades jackpot being the most valuable while that of clubs is the least. 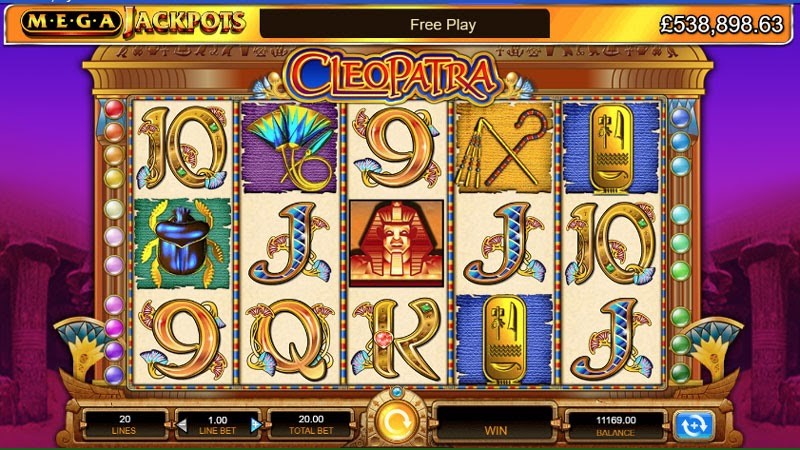 IGT’s Cleopatra slots are among the oldest and most popular pokies based on the Egyptian Queen of the same name. In 2015, the software provider added another slot to the series dubbed Cleopatra Mega Jackpots. This game is similar to the original release with the only difference being that it has a pooled prize. The jackpot amount is granted when five slot logos appear on the first payline, which cuts across the centre of the five by three playing grid. The chances of landing the progressive jackpot increase with bigger stakes.

These old-fashioned slot machines are only open to awarding their progressive jackpots to players gambling using real money. Some of these slots allow free gameplay for standard wins while others are closed off entirely unless cash is involved.