‘The squad is very capable of winning against anyone… I don’t think we could be in a better frame of mind:’ Ole Gunnar Solskjaer in bullish mood ahead of Man United’s first leg vs PSG

Ole Gunnar Solskjaer believes Manchester United are capable of springing a surprise in the Champions League this season, and claims that his side could not be in better shape going into their last 16 clash with Paris Saint-Germain.

Solskjaer has overseen 10 wins from 11 games since arriving on loan from Molde in December, raising hopes that United can win a tie that looked rather daunting when the draw was first made.

‘I’ve said to the boys if we keep working every single day in training, we can improve and maybe surprise a few people,’ said Solskjaer. 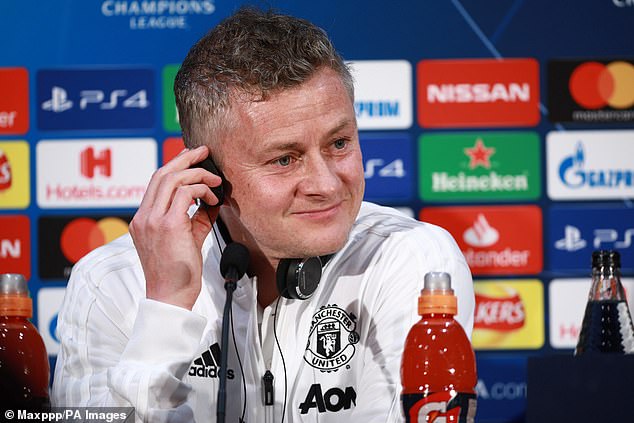 ‘I think the squad is very capable of winning against any opponent when we go into games confident and in the form we are in. You can’t look too far ahead but we just need to make sure we go through this one and take each challenge as it comes.

‘I’ve loved every single min of it since I walked in the first day. We had a big challenge ahead of us, we were far behind in the league and confidence was low after the defeat against Liverpool, but they’ve responded fantastically. I don’t think we could be in a better frame of mind in (terms of) confidence, so we’re looking forward to the next few games coming up and especially this game against PSG.

‘When you get here you expect to win every game of football with the size of the club and the supporters we have, but you know you’re not going to win every single game. The players are still disappointed with the two points we dropped against Burnley and so am I.’ 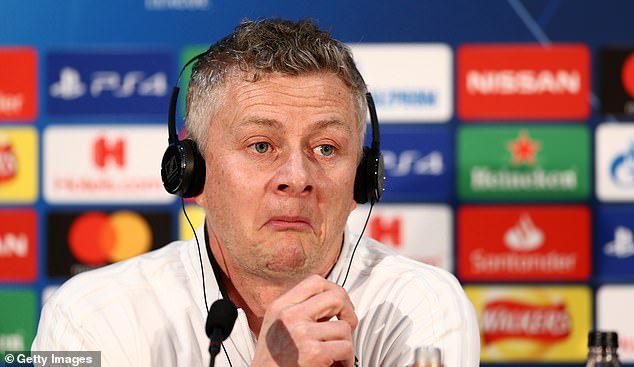 Solskjaer had no inkling he was going to get the job when he watched the draw at home in Norway with his son Noah. Now he is looking forward to a great European night at Old Trafford, admitting they have been few and far between in recent years.

‘Yeah, if you look back, maybe one of the last few exciting knockout games was Real Madrid when Nani was sent off,’ he added.

‘We had Bayern Munich a few years ago, so we’re looking forward to this, the supporters and the players. They’re special nights. My last was Roma when we beat them 7-1 – a typical Old Trafford night where we lost 2-1 away from home and the manager was so happy and confident we would win at home. So I just want my players to go into this game confident and raise their game.

‘I watched it (the draw) with Noah and said ‘wow, that’s a tough challenge!’. But we’ve given ourselves the best possible opportunity. If there was ever a chance to go into big games it’s now of course.’