One of the enduring images of an incredible night in Paris is a picture of Sir Alex Ferguson celebrating with Ole Gunnar Solskjaer and Eric Cantona at the Parc des Princes.

Three Manchester United icons enjoying another great moment in the club’s history after Solskjaer’s side had defied the odds to beat Paris Saint-Germain on away goals and reach the Champions League quarter-finals.

The Norwegian has brought so much to United since making a fairytale return to Old Trafford in December, but perhaps the most poignant aspect has been seeing Ferguson back in the fold 10 months after surviving a brain haemorrhage.

The 77-year-old Scot was in the dressing room in Paris, clapping along as Solskjaer and his players sang and danced in celebration of a famous victory.

Ferguson stayed with the rest of the United party at the £290-a-night Hotel Collectionneur, just off the Champs Elysees, where he had breakfast with Solskjaer, executive vice-chairman Ed Woodward and Woodward’s predecessor David Gill on the morning of the match.

And he was on a rather raucous flight home, emerging bleary-eyed from Manchester Airport in the early hours on Friday ahead of his old No 2 Mike Phelan.

‘Fergie is like a new man,’ an insider told Sportsmail on Friday night. ‘He’s absolutely buzzing off what Ole has brought to the club.’ 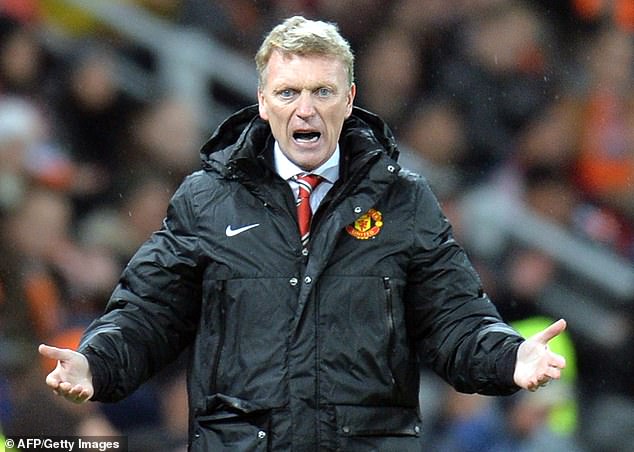 It hasn’t always been this way since Ferguson retired six years ago at the end of a glittering managerial career.

The man he anointed as his successor, David Moyes, decided unwisely to dispense with Phelan and the rest of Ferguson’s backroom team as he tried to put his stamp on the club.

Louis van Gaal and Jose Mourinho both had huge respect for Ferguson but were their own men. Perhaps wary of the shadow Sir Matt Busby once cast over Old Trafford in retirement, Ferguson kept his distance.

That has changed since Solskjaer was appointed as caretaker. Ferguson was one of the first people he called before accepting United’s offer and then visited him at home in Wilmslow on his return to England.

A week after starting work, Solskjaer invited Ferguson to have lunch with him at Carrington and meet the players. It was the first of several visits to the training ground.

After most home games, Solskjaer will seek out his old manager for a chat in the hospitality room where Ferguson hosts guests at Old Trafford. 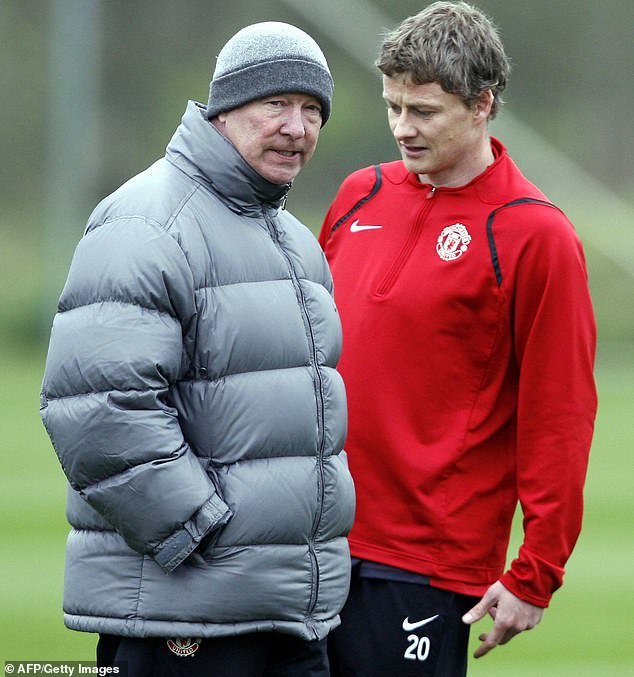 He has attended most away games as well this season and will be at the Emirates on Sunday to watch United take on Arsenal.

There is no doubt Ferguson still has a strong influence. At the height of the criticism of Mourinho by some of the Class of ’92, he urged TV pundits such as Gary Neville and Paul Scholes to rein in their comments about the Portuguese coach because they were in danger of damaging the club.

However, it would be overstretching it to suggest Ferguson still has an influence over team affairs.

‘He’s 77, so it’s not fair on him, is it?’ said Solskjaer, who began making notes on Ferguson’s training sessions when he was still a player. ‘The influence is more from my 15 years under him.’

One of the most endearing qualities about the 46-year-old is his total devotion to the man he still refers to as ‘boss’ and his methods.

Phelan, too, has been instrumental in drumming old-school United values into the players. Ferguson’s assistant for six years, he was part of the 2008 Champions League success and knows the club inside out. 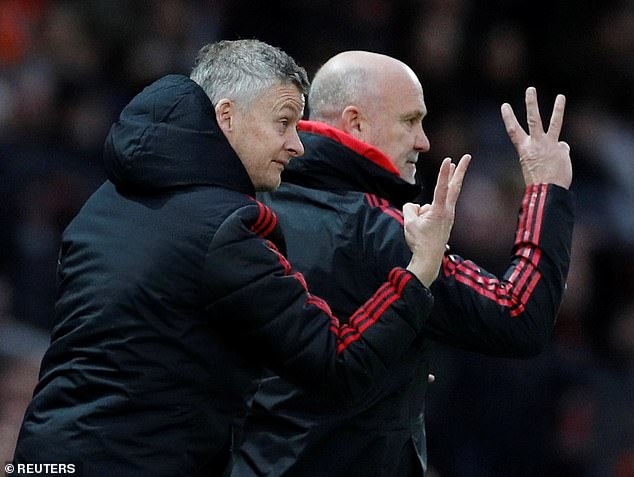 Phelan (R), too, has been instrumental in drumming old-school United values into the players

Moments after Marcus Rashford’s penalty had given United victory over PSG, Phelan tweeted: ‘180 missed calls. Can’t understand the fuss? Some of us have been here before.’

Below were two pictures, one of him walking alongside Solskjaer, another of a cartoon bouncer pointing to an enclosure marked ‘Legends only’.

With Ferguson’s return coinciding with the appointment of Solskjaer and Phelan at Old Trafford, you almost sense the stars aligning at United.

The result is a club that has rediscovered its identity and a team who have learned how to win again, as the French champions found to their cost.

‘That’s Man United, this is what we do,’ said Solskjaer afterwards. ‘We always believed, that’s the thing.’ Those words will have been music to Ferguson’s ears.