Foden, City’s highly-rated 18-year-old midfielder, is set for another first-team opportunity as Fulham visit the Etihad Stadium in the Carabao Cup fourth round on Thursday.

The Under-17 World Cup-winner has been turning heads for some time but has had to wait patiently for game time with Pep Guardiola’s Premier League champions.

He has made seven appearances this season but his only starts came in the Community Shield defeat of Chelsea and the third-round victory at Oxford, when Foden also registered his first City goal.

Zinchenko, who will also be hoping to be involved against the Cottagers, said: ‘I think he is the most talented young player in Europe right now. For him it is so important to stay humble, work hard every day. He’s growing up.’

Zinchenko has also made just two City starts this season, the most recent being the home win over Brighton a month ago. 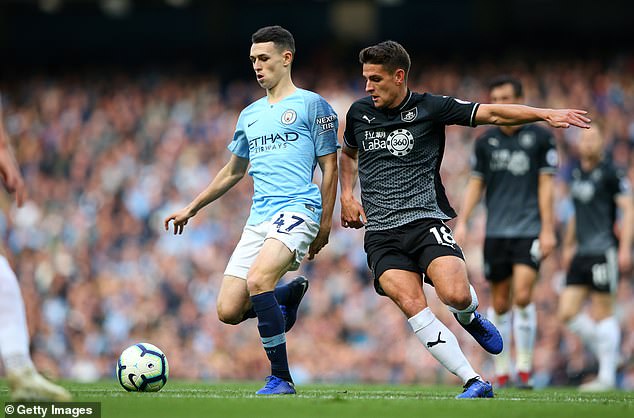 Guardiola apologised to the Ukrainian last week for not including him in his matchday squad for the Champions League game at Shakhtar Donetsk – one of his youth clubs – as many of his family were in attendance.

The 21-year-old midfielder, who has proved himself a capable back-up left-back, is now focused on the visit of Fulham.

He said: ‘We have a lot of players who didn’t play last few weeks, and everyone wants to get the chance to show yourself, show your maximum. 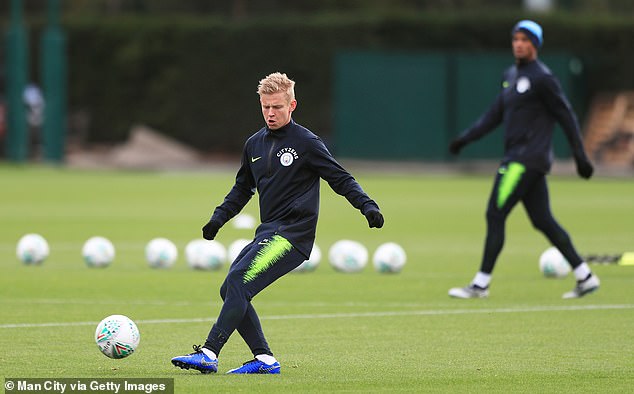 ‘Of course it’s going to be a tough game because Fulham play well. They are defensively organised very well, and always against them it is not so easy.’

City won the League Cup last season – Guardiola’s first trophy in English football – before going on to claim the title with a record points haul.

Zinchenko said: ‘We are Man City, for us every competition is so important.’