Manchester City defender Oleksandr Zinchenko has revealed that he and his family were sent death threats after his mistake in Sunday’s Nations League game gifted Germany a goal.

Zinchenko – who was playing in midfield rather than the usual left-back position – was robbed of possession by Leon Goretzka before his former team-mate Leroy Sane scored Germany’s opening goal in Ukraine’s 3-1 loss.

Fans were furious with Zinchenko’s mistake as Andriy Shevchenko’s side have been battling to avoid relegation from the top tier of the UEFA Nations League. 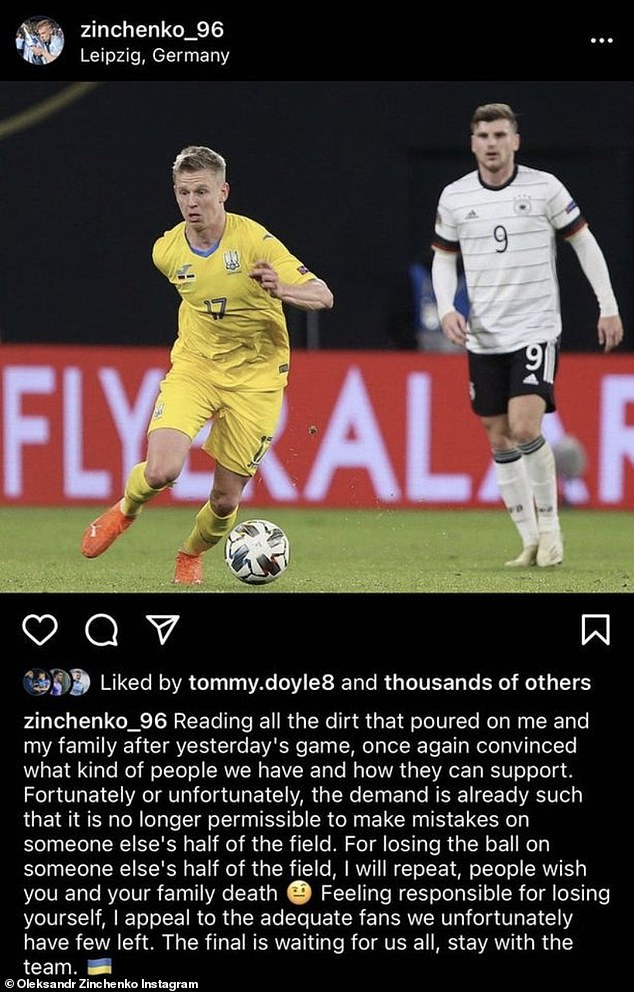 Zinchenko took to Instagram to share is dismay at the vile abuse he and his family received from fans after they pinpointed the his loss of possession as the sole cause of Ukraine’s defeat.

He wrote: ‘Reading all the dirt that poured on me and my family after yesterday’s game, once again convinced what kind of people we have and how they know how to support.

‘Fortunately or unfortunately, the demand is already such that it is no longer permissible to make a mistake on ANOTHER’s half of the field.

‘For losing the ball on ANOTHER half of the field, I repeat, people wish you and your family death.

‘Feeling responsible for the defeat, I turn to adequate fans, which we, unfortunately, have little left. The final is waiting for all of us with you, be with the team.’ 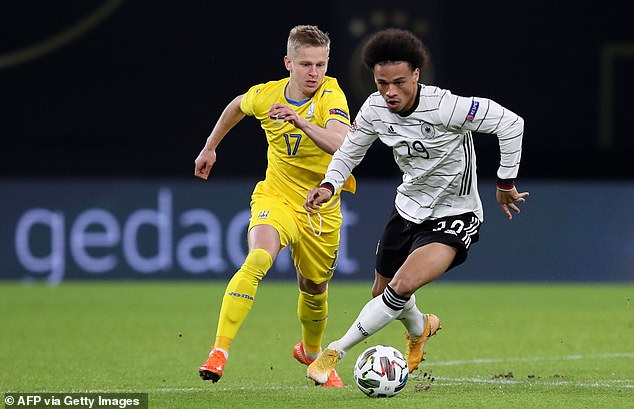 Despite Ukraine taking a surprise 12th-minute lead with a goal from Roman Yaremchuk, Germany were quick to respond.

Zinchenko’s mistake gave Germany a chance to get back into the game, just 11 minutes after their opener.

Timo Werner went on to score each side of the break to see Germany go to of the group with a game left to play. The final result will require Shevchenko’s men to beat Switzerland in their final group game on Tuesday to avoid relegation. 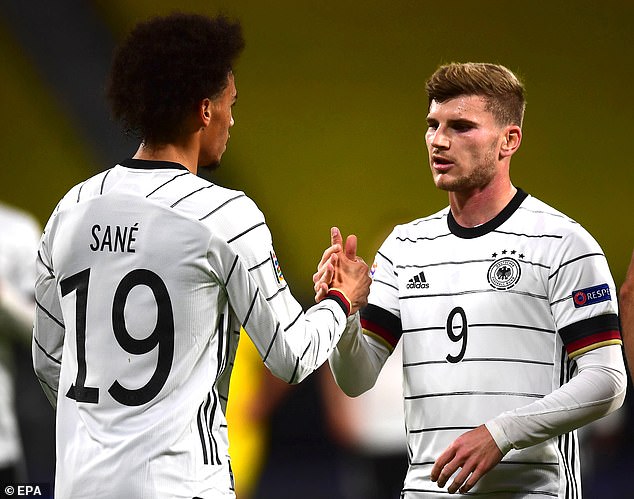 This isn’t the first time Zinchenko has addressed his fans through the use of social media.

Zinchenko was forced to release a statement on Instagram addressing his wife’s comments after she blamed Manchester City’s failure to win the Champions League on Pep Guardiola.

Zinchenko’s wife, Vlada Sedan – who works as a sports reporter in Ukraine – took a swipe at Guardiola following City’s 3-1 loss against Lyon.

Not only did Sedan hit out at Guardiola for leaving her husband on the bench, she also slated his decision to play a back-three rather than his traditional back-four. 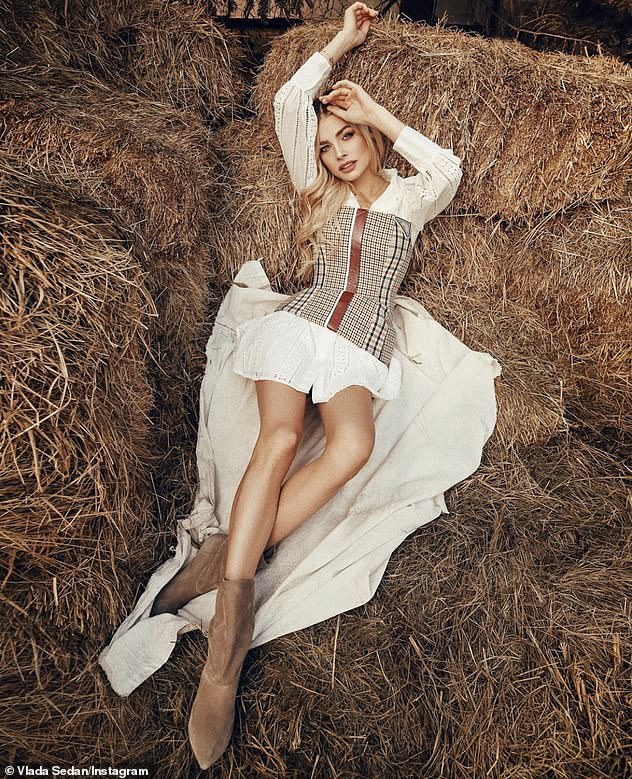 Zinchenko has spoken to fans through the use of Instagram before, thanks to his wife (above) 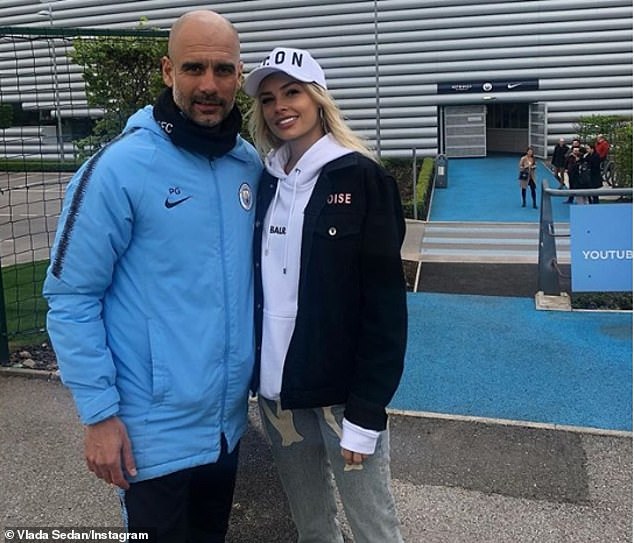 Speaking on her YouTube channel, she said: Perhaps I have no right to say this, perhaps Zinchenko will forbid me. But to put it mildly, and in order not to swear, this is completely Guardiola’s fault.

‘At such a crucial moment, making such an experimental tactic for Man City is a bummer.

‘I have no right to criticise, but why play three central defenders when the players themselves take their heads.

‘I simply have no words, because to have such a line-up… look what players play at Man City, what a bench. Literally few clubs in the world can boast such reserves.’

Zinchenko was forced to distance himself from his wife’s opinion and released a statement declaring so on his wedding day. 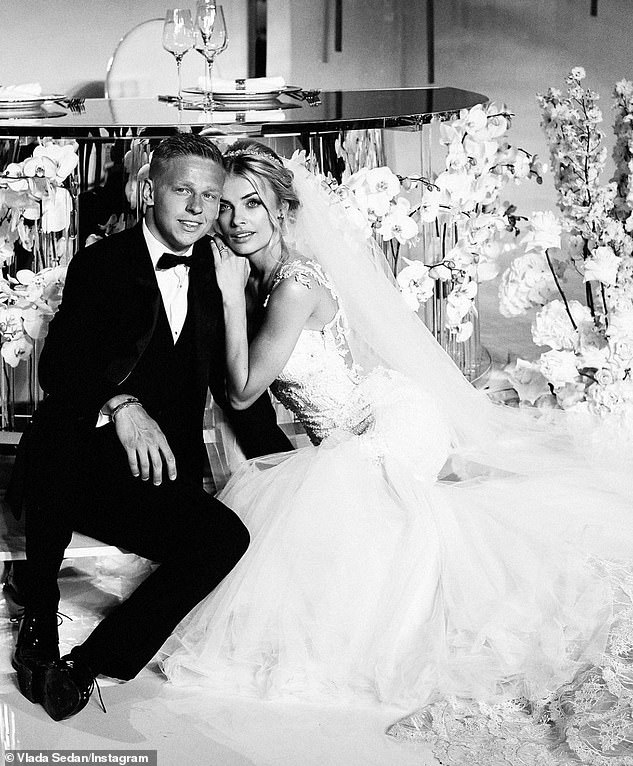 In a statement shared on Instagram, he said: ‘Guys, I need to a say a few things about this interview. First of all, I didn’t say anything bad or judgemental about our tactics so don’t confuse my words please.

‘I was explaining that we as players understand the effect tactics have and how given we have such great experiences, we can adapt to the tactics we are given.

‘On the night we lost to Lyon but that doesn’t mean the manager was wrong to try.

‘If you have seen my interviews in the past and the way how I talk about our manager then you can believe me. He is number one.’ 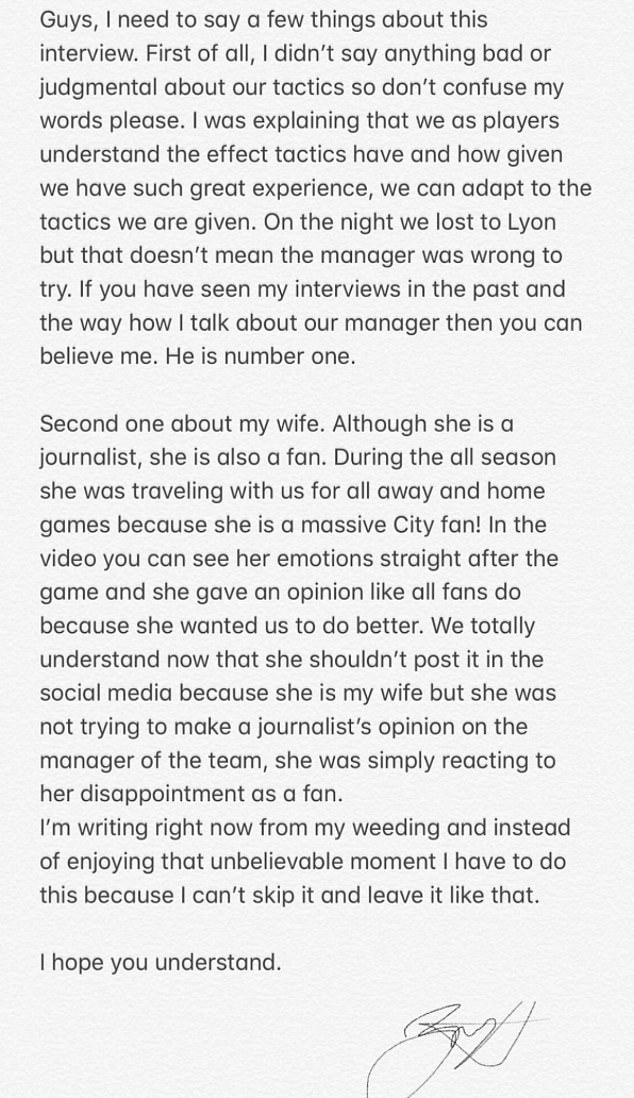