She shot to fame on Love Island last summer, showing off her enviably toned figure in a series of sizzling bikini in the villa.

And Olivia Buckland was up to her old tricks again on Wednesday, as she flaunted her incredible body in a sexy golden two-piece for a steamy bathroom selfie.

The reality star looked every inch the beach babe in the skimpy swimwear, which featured a plunging neckline and embellished accents.

Hinting at an upcoming holiday with fiance Alex Bowen, she wrote in the caption: ‘Getting my pre-holiday tan on.’

Olivia enjoyed a whirlwind romance with Alex since meeting on Love Island in July 2016, getting engaged just five months later during a romantic trip to New York City.

The couple, who readily admit that making their relationship work after the ITV2 show was ‘hard work’, credit their lasting romance with making an effort to see each other every day when they came out of the villa. 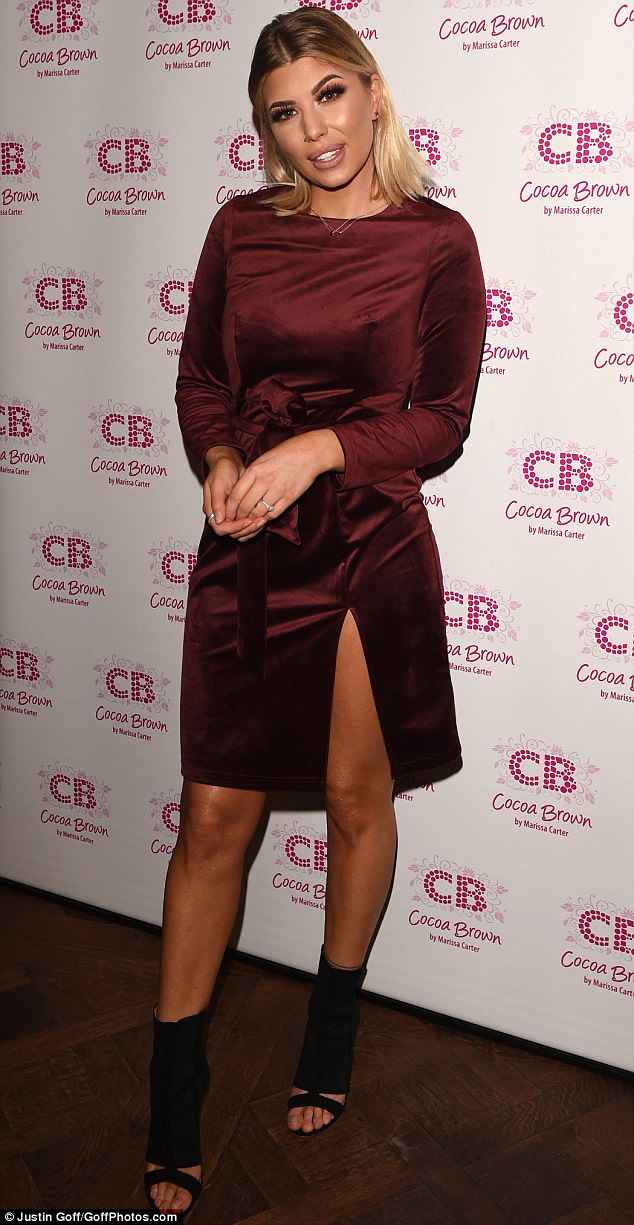 Holiday on the horizon: Hinting at an upcoming holiday with fiance Alex Bowen, she wrote in the caption: ‘Getting my pre-holiday tan on’

Alex said: ‘ Olivia has a job I’ll go with her, if I have a job she’ll come with me. I had a lot of PAs when I first came out. But I would spend every night in my own bed.

‘It was such hard work but we made it work and we’re really happy together.’

Olivia added: ‘He was making the effort to come back and see me every night before the next one. 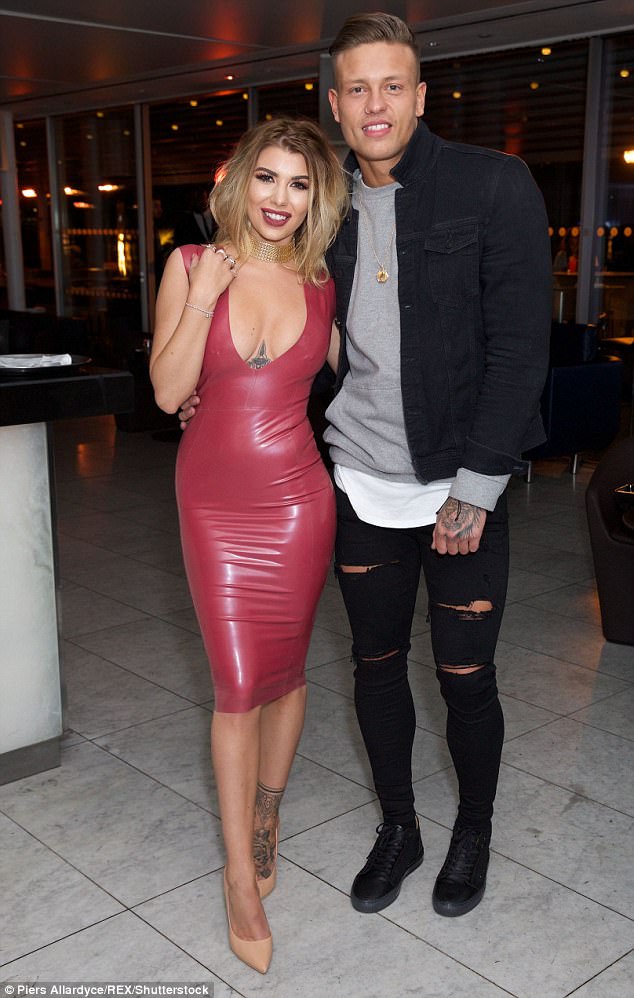 Love Island alumni: Alex Bowen and Olivia Buckland have weighed in on the shock demise of Kem Cetinay and Amber Davies’ relationship, saying the immense pressure on couples when they emerge from the TV show along with a punishing work schedule can be difficult to handle

‘We worked really really hard on it. It probably made us the most tired people in the world. But we always wanted to be together.

‘I always say our relationship is mega strange because we spend 24/7 together and we never get sick of each other. We’re so so lucky that we just get on super well.’

Meanwhile Alex and Olivia, who finished as runners-up to Nathan Massey and Cara De La Hoyde, revealed they had a rather unconventional – and very drunken- way of celebrating their engagement, with a wild visit to a strip club.

Alex said: ‘I was really ill before we went to New York and I was getting better each day I was there but I hadn’t really been eating before we went. 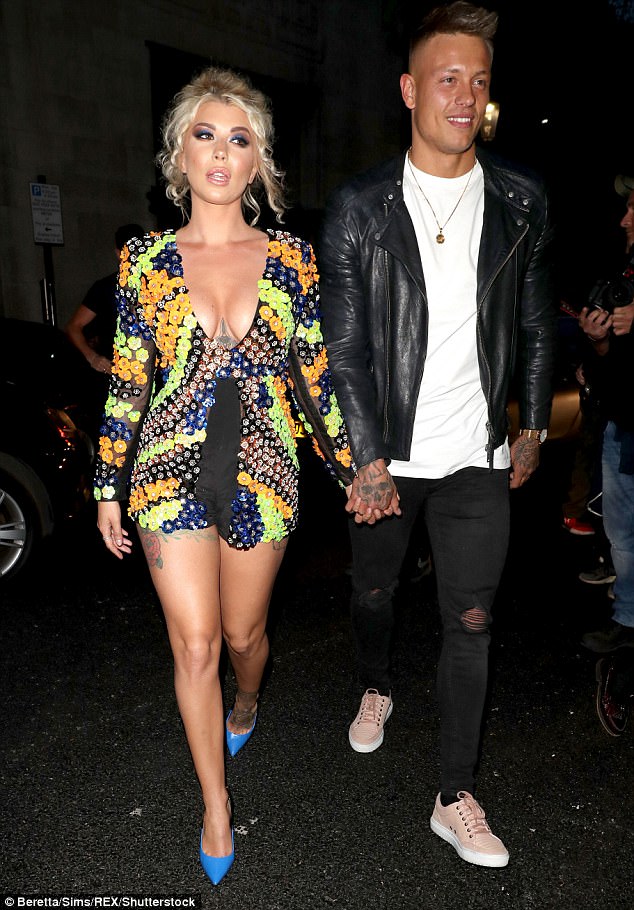 Leggy: Olivia said: ‘With Kem doing something like Dancing on Ice, he’s going to be training non-stop so it’s a hard thing for them to get past, but you never know, Nathan and Cara got back together

‘We went to have cocktails after in the hotel and we got absolutely trashed, so trashed. I had two and I was drunk.

‘We looked across the street and saw the strip club and we both looked each other laughed and said ‘come on we’ll go in.’

Alex then paid for a dance for his new fiance which went down a storm with Olivia.

Olivia said: ‘We made friends with this stripper she was so lovely. We were so drunk and we’re always up for a laugh. That was just pure banter, it wasn’t sexual. It was hilarious.’