Olivia Wilde kept it casual as she stepped out for a coffee run in the Los Feliz neighborhood of Los Angeles on Friday.

Wilde showed off her fit figure in skin-tight black yoga pants, a grey hoodie, and black running shoes. The beauty went makeup-free with a green hat and black sunglasses.

This sighting comes after claims the 38-year-old actress is still ‘very upset’ after she split from Harry Styles, 28 – whom she directed in Don’t Worry Darling – last month.

Morning fix: Olivia Wilde kept it casual as she stepped out for a coffee in Los Feliz on Friday

On the chilly morning in Los Angeles, Wilde opted for a warm drink which she carried in one hand and her cell phone in the other.

The Tron: Legacy actress is said to have thought going on vacation with her girlfriends would help her ‘move on’ even though she has no plans to find anyone new at the moment.

‘Olivia is still very much upset about the breakup. She is trying to move on. Olivia thought going on vacation would allow her to decompress, but dating isn’t on her list of priorities,’ a source told UsWeekly. 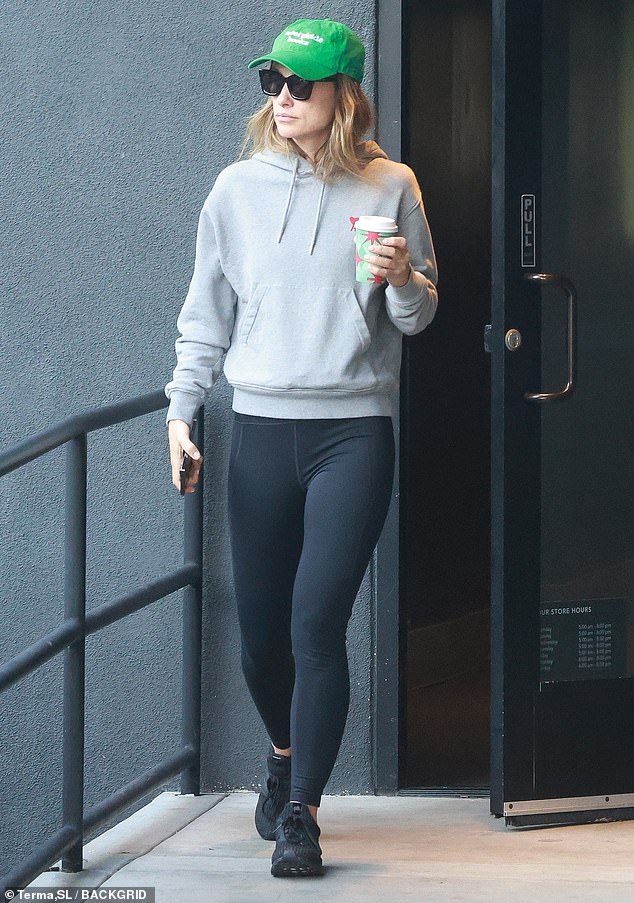 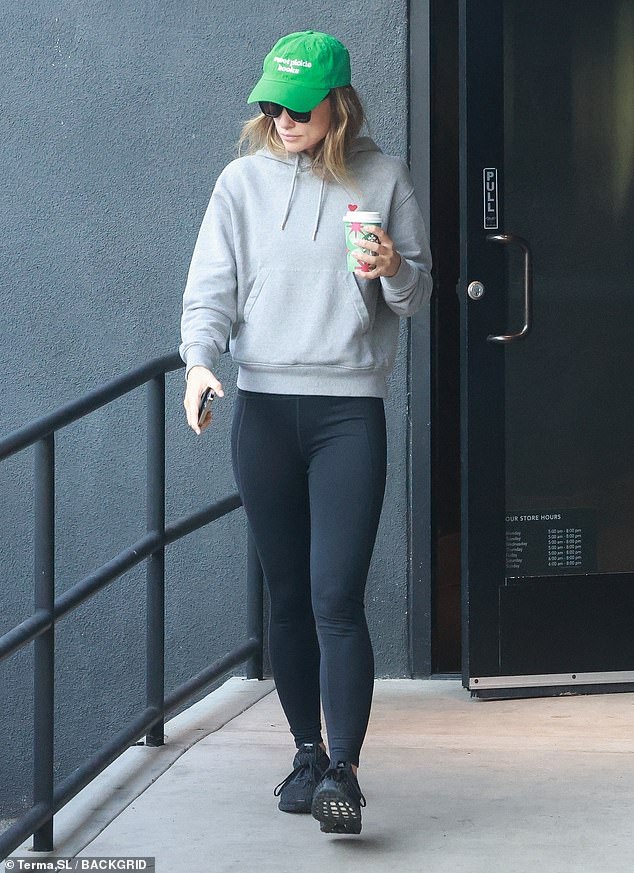 Looking good:  The beauty went makeup-free with a green hat and black sunglasses 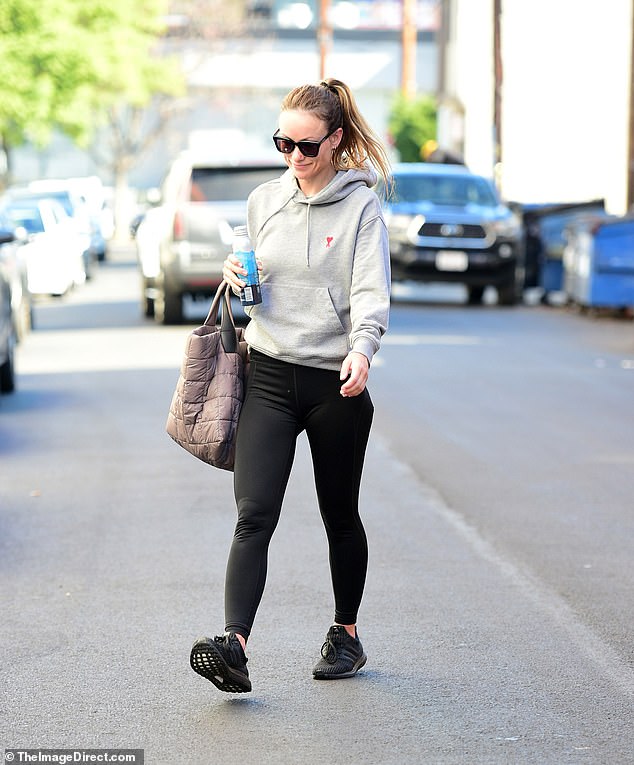 Staying fit: As she continues to mend her heartbreak, the performer was seen stepping out of a workout in the same hoodie and leggings

The former One Direction singer and Olivia are said to have put the brakes on their romance amid his tour.

An insider has also shared that the move was a ‘very the amicable decision’ as the two are still pals.

The source said: ‘He’s still touring and is now going abroad.’ Which means they will not be in the same city.

It was added, ‘She is focusing on her kids and her work in LA. It’s a very amicable decision.’ 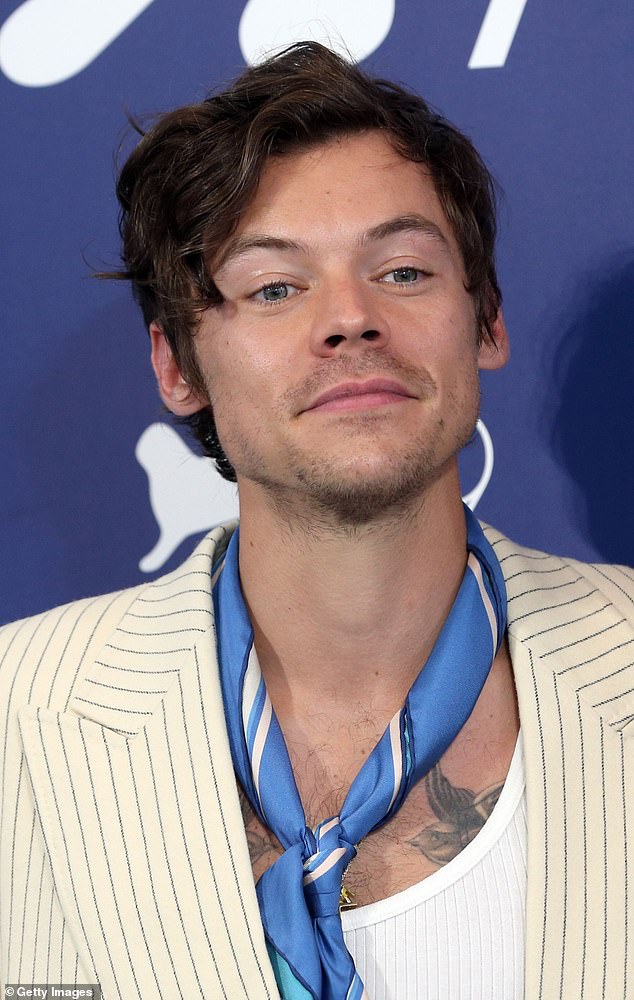 Done with this dude: This sighting comes after claims the 38-year-old actress is ‘very upset’ after she split from Harry Styles , 28 – whom she directed in Don’t Worry Darling – in November. Seen in September

Last month, it was revealed that Olivia – who has Otis, eight, and Daisy, six, with actor Jason Sudeikis – was spotted at Harry’s concert in Los Angeles on November 15, and the duo remain ‘very close friends’.

Another source added: ‘Right now, they have different priorities that are keeping them apart.’

Olivia previously claimed that she was eager to keep their relationship out of the spotlight. 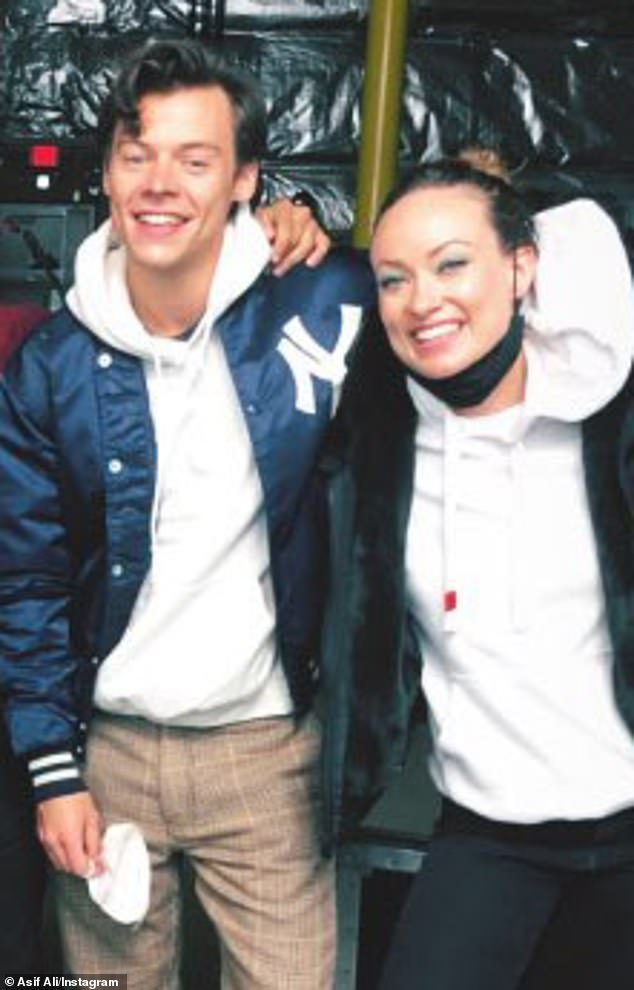 She said: ‘I’m not going to say anything about it because I’ve never seen a relationship benefit from being dragged into the public arena.

‘We both go out of our way to protect our relationship; I think it’s out of experience, but also just out of deep love.’

In early December, Wilde showed Styles what he’s missing as she returned to Instagram for the first time since their split.

The director – who was left ‘disappointed’ by the break up – put on a brave face as she posed for a smiley bikini snap.

She is shaking off the break-up blues by vacationing in Hawaii with her pal, entrepreneur Babs Burchfield and the pair posed together in a hammock for the social media shot. 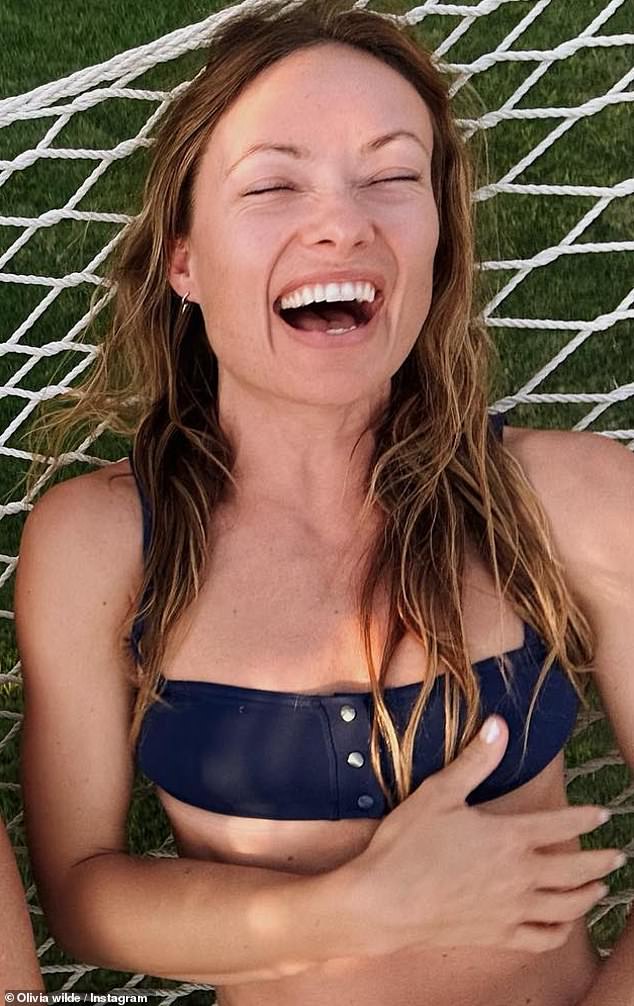 Shaking off the break up blues:  Wilde shared a smiley bikini snap while on holiday in Hawaii 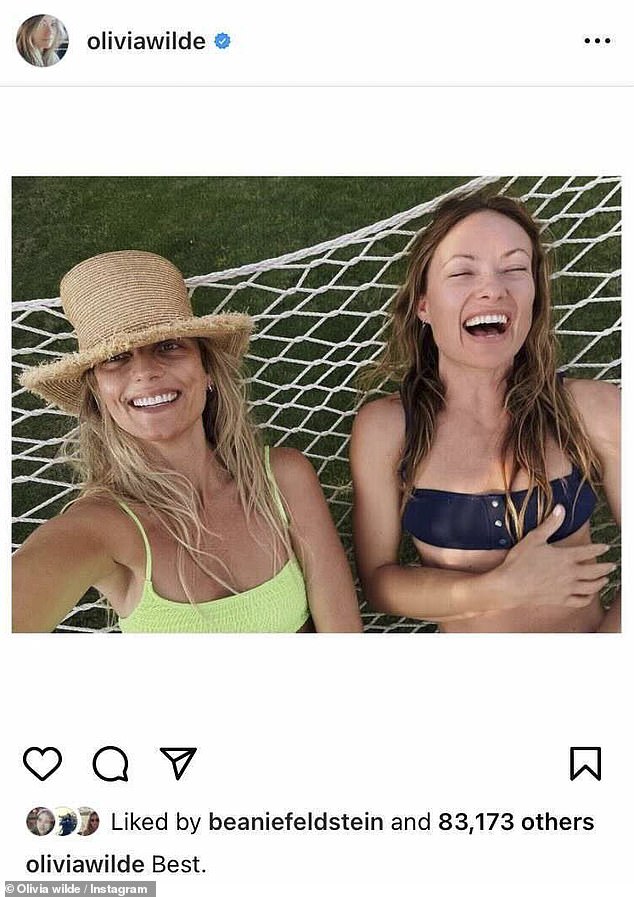 Girls trip: The star is vacationing in Hawaii with her pal, entrepreneur Babs Burchfield

She shared another swimsuit snap that showed her in silhouette with the caption, ‘Mahalo’ which is a term used in Hawaii to express gratitude.

Some of Wilde’s close friends and fans commented on the post including actress Tara Summers who wrote a simple heart emoji.’

She shared a pair of landscape posts as well, one where she walked through a huge open grass area and another where she relaxed on the beach.

‘Mahalo,’ she wrote on the picture near the breach, teasing that she was enjoying a Hawaiian vacation.

A source told PEOPLE a couple weeks ago that the time apart had been ‘difficult’ for Wilde, who is ‘disappointed’ by the way things turned out.

‘The break has been difficult for Olivia. They have had some issues, but Olivia thought they were gonna work through it all,’ the insider revealed.

‘She is disappointed. It’s just a tricky situation, though.’

Harry and Olivia famously starred together in movie Don’t Worry Darling, with rumors of a feud between Wilde and co-star Florence Pugh circulating.

The singer who made his acting debut in 2017 film Dunkirk, signed onto Olivia’s film after impressing both director Olivia and star Florence. 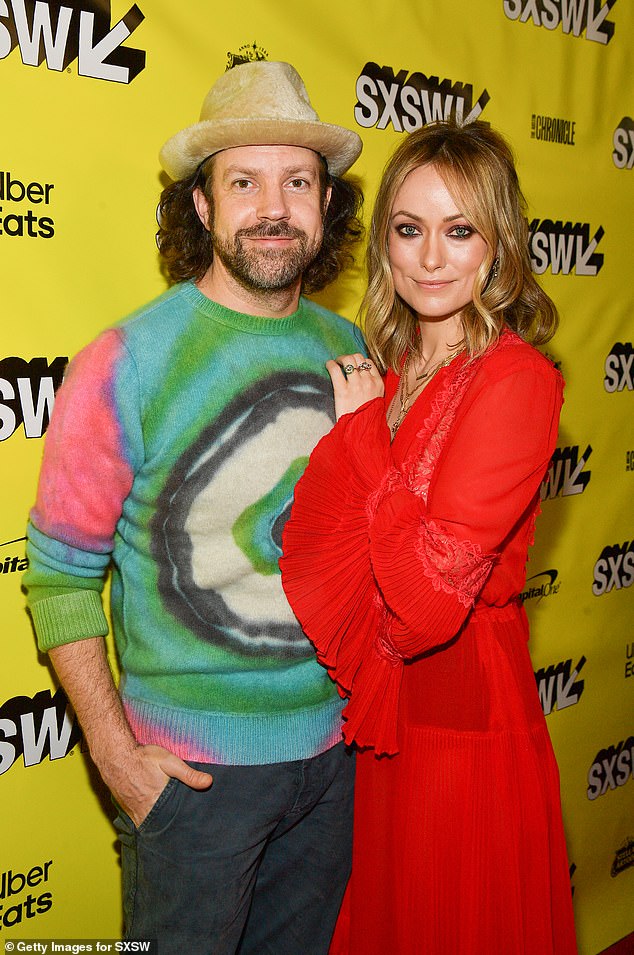 The two were seen driving around California together in January 2021.

The pair then made their public debut when they were spotted holding hands at Harry’s agent’s wedding at the San Ysidro Ranch in Montecito, California.

In December 2021 Olivia addressed the ‘false narrative’ surrounding her relationship with Harry, who she went public with just two months after splitting with actor Jason Sudeikis.