‘Werner is not the same profile as me’: Olivier Giroud believes he offers something different to Chelsea’s £53m summer signing as he looks to make impact for Blues this season

Olivier Giroud insists new Chelsea signing Timo Werner does not have the same ‘profile’ as him, and the Frenchman remains confident he can feature in the first XI this season.

Werner joined Blues in June by completing a £53million move from RB Leipzig, signing a five-year deal with the west London club after a season in which he scored 34 goals in 45 games.

The 24-year-old has continued his fine form at the beginning of the 2020-21 campaign, scoring four minutes into his first Chelsea friendly against Brighton and netting for Germany in their 1-1 Nations League draw with Spain.

Werner has joined Giroud and Tammy Abraham as one of manager Frank Lampard’s centre-forward options, but the former Arsenal man believes the new signing will boost morale around the Cobham training ground.

‘One thing is certain: the competition will pull us all to the top. A great club should have different options in each position. 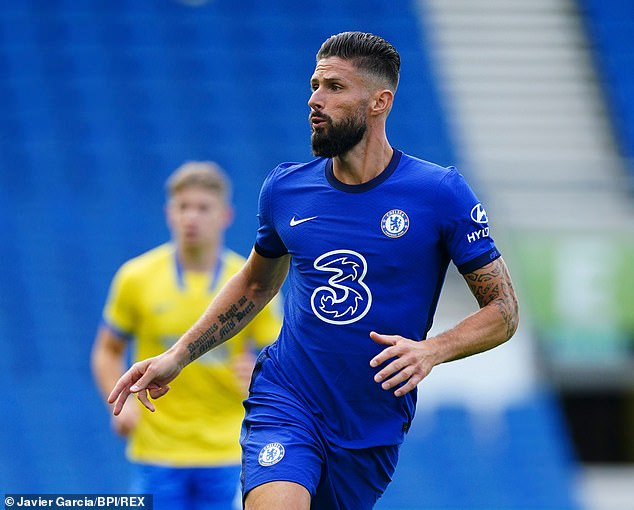 ‘We want to be in the race for the title and I’m here. I finished the season well and I proved to the manager that he can count on me.

‘Werner is not the same profile as me, I hope to have some playing time.’

Giroud featured infrequently during Lampard’s debut season as Chelsea boss, but seized his opportunity after an injury crisis led to his return to the starting XI.

The 33-year-old forward scored  eight league goals in 13 games after his reintroduction in February, and it seems he is now prepared to fight for his place.