Olly Murs secures his fifth number one album with Marry Me

Olly Murs said it ‘hadn’t sunk in’ after securing his fifth UK number one album with Marry Me on Friday.

The singer-songwriter, 38, went straight to the top of the charts after six years, despite being criticised heavily on social media this week for the lyrics on one of his tracks, which were branded ‘controlling’.

Former X Factor runner-up Olly said: ‘Wow, it’s been six years since I had a number one, so thank you so much to all the fans, you lot have been absolutely amazing!

Success: Olly Murs, 38, said it ‘hadn’t sunk in’ after securing his fifth UK number one album with Marry Me on Friday

‘Thanks to my wonderful team, to the Official Charts Company, I’m just so excited to have a number one album. Marry Me is number one this week!

‘It’s so amazing, I don’t think it’s really sunk in yet. It’s a lot of hard work that’s gone into this, thank you so much!’

The album success follows criticism for his song I Hate You When You’re Drunk, with fans branding the lyrics as ‘controlling’, while his fiancée Amelia Tank then reportedly jumped to his defence. 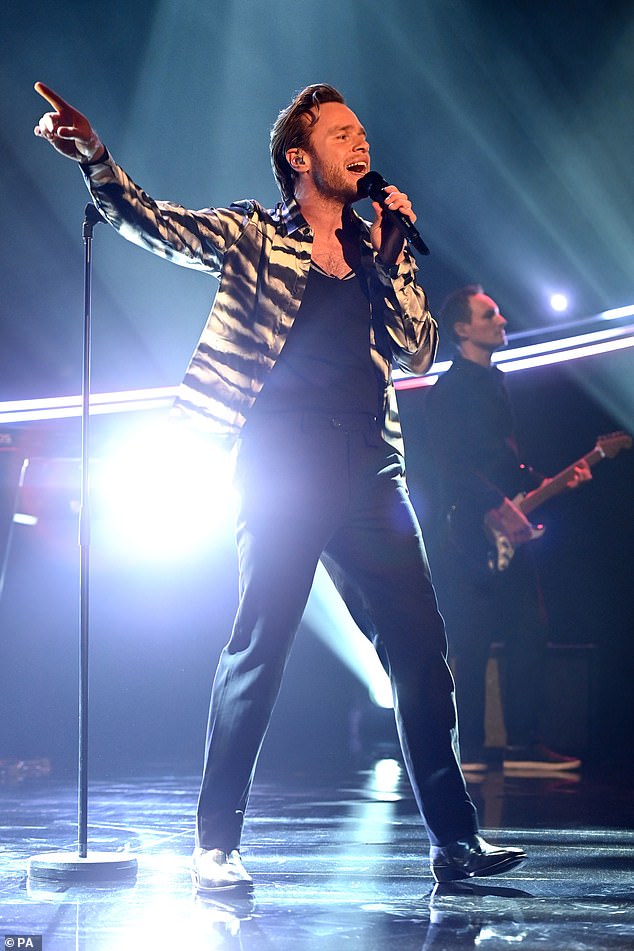 Triumph: The singer-songwriter went straight to the top of the charts after six years since his last number one

Addressing the condemnation on BBC Breakfast this week, he said: ‘It’s obviously upsetting to think that people took it that way because it was not that intention.

‘When you listen to the song and you understand the type of artist I am, it was just more in a cheeky fun way.’

Olly, who competed on The X Factor in 2009, fought off stiff competition for the top spot from pop megastar Taylor Swift with her album Midnights.

Meanwhile, on the singles chart, Mariah Carey made a glittering return to number one with All I Want For Christmas Is You ending Taylor’s six-week reign at the top with Anti-Hero. 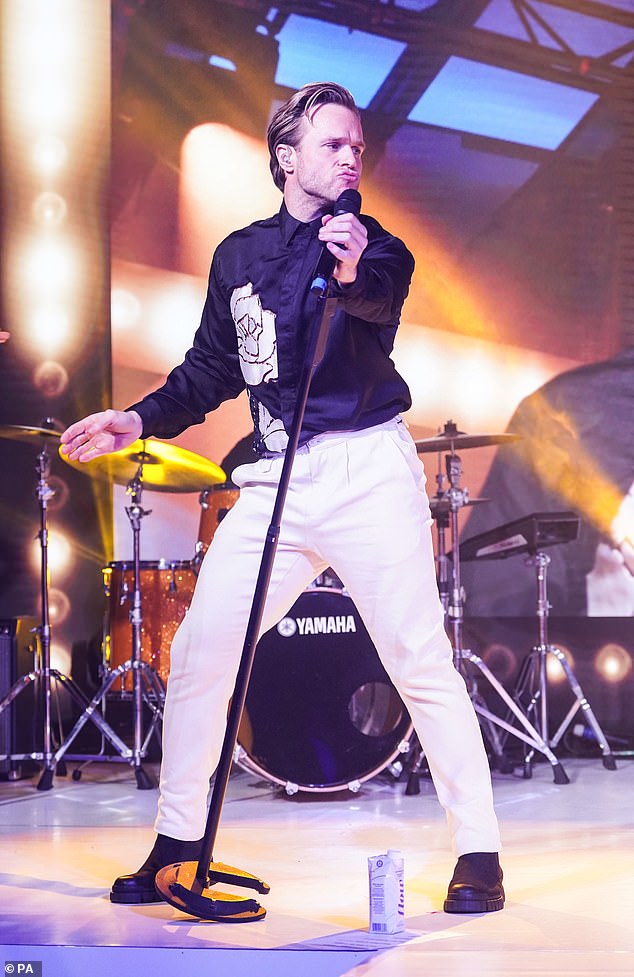 Mariah’s track has only been number one in the UK charts once before, reaching the top in 2020 – 26 years after its release.

Sir Elton John and Ed Sheeran’s Merry Christmas has also made an appearance in the top 10, alongside Michael Buble’s It’s Beginning To Look A Lot Like Christmas and Last Christmas from Wham.

It comes after Olly insisted he still experiences ‘stigma’ in the music industry today because of his reality television past.

The star, who released his new album Marry Me last week, says he’s grateful when other big recording artists praise him for his work as it boosts his confidence.

He told The Sun: ‘The music industry has been good to me but there’s been times when I’ve felt like because I’m from a reality TV show, there’s a bit of stigma around me. 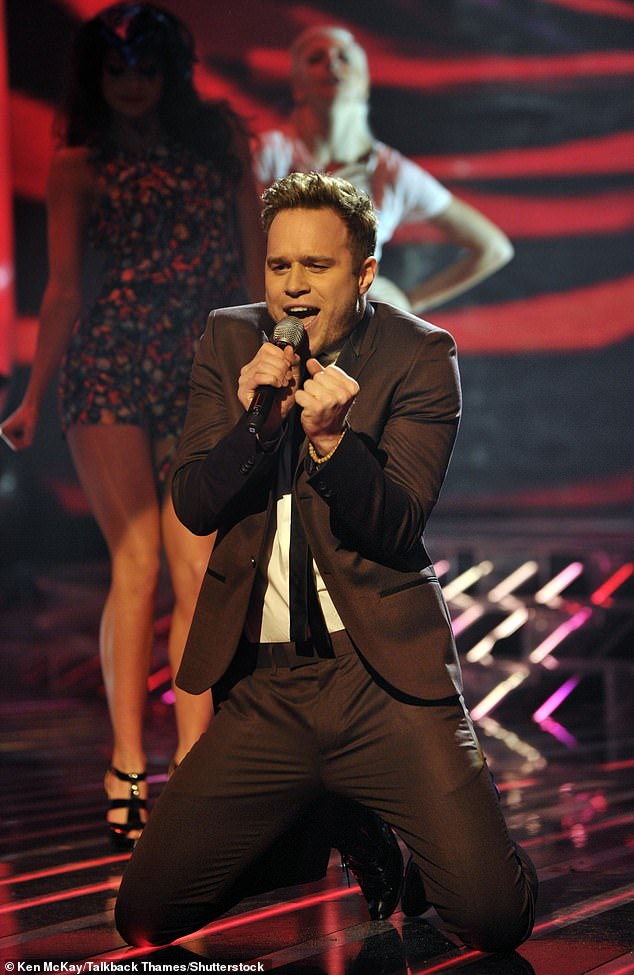 Gratitude: The former talent show contestant recently said he’s grateful when other big recording artists praise him for his work (pictured as a contestant on The X Factor in 2009)

‘So when I’ve had support from people like Sir Tom Jones, Lewis Capaldi, Stormzy, Ed Sheeran and Paul Weller (who wrote the track Let Me In for his 2015 album Never Been Better), it’s meant a lot.

‘They’ve all been respectful to me when I’ve met them.’

Olly went on to say he’s proud of himself for his 13-year long career in showbusiness.

The star admitted that he felt anxious at first with the new attention and adoring fans that came with fame.

And, while he admits he’s at times had to reach out to others for help, he says he doesn’t feel the loneliness and isolation that can come with stardom as much. 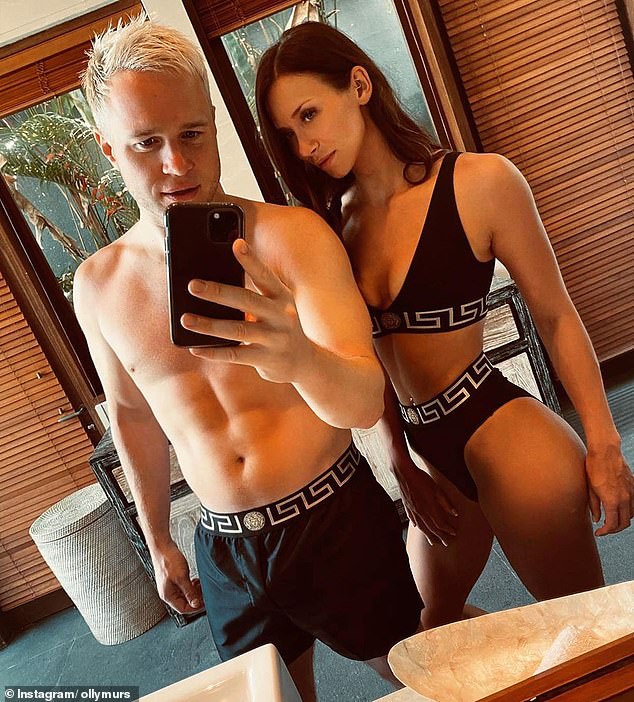 Controversy: The album success follows criticism for his song I Hate You When You’re Drunk, with online users drawing a link to his fiancée Amelia Tank (pictured)

Olly released his first album in four years, Marry Me, last week, with the new offering being inspired by the singer’s fiancée Amelia Tank.

He recently revealed that his partner inspired most of the tracks and it was ‘fun’ to pen songs about their relationship.

He told The Sun: ‘I didn’t know how much fun it would be to write about me and Amelia a little bit — it’s not all about us, but there is an element of Amelia in each song which I can relate to and she can relate to.

‘It is great to have a moment in my life where I feel so content at home and so happy.

‘Things are in the best possible place they could be — at least until you start talking wedding plans which is stressful as hell. But now I am just concentrating on work again and I have nothing to worry about at home. It is so settled and lovely.’

Olly has released two songs from his latest album so far – I Hate You When You’re Drunk and Die of a Broken Heart, after signing with with EMI Records and he is hoping to take the charts by storm having worked with BTS songwriters David Stewart and Jessica Agombar.

He said: ‘I’ve never done this before. It felt weird writing with the same people constantly. But I loved the routine and the consistency. We just kept writing good songs. They had a great vibe and an enthusiasm, and a hunger.’

His album, 2018’s You Know I Know made it to number two in the Official UK Albums Chart. 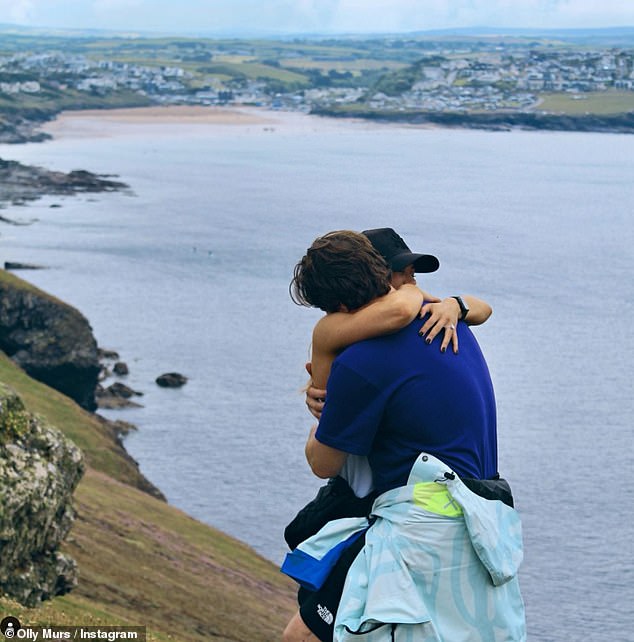 Sweet: Olly Murs revealed he was engaged to Amelia earlier this year after he popped the question on a romantic beach break after three years of dating