Olympiacos head coach Pedro Martins insists his side are not scared of Tottenham manager Jose Mourinho.

Martins comes up against his compatriot on Tuesday in the Champions League Group B clash in London, but is not bothered about who is in the opposition dugout.

It is Mourinho’s first European game in charge following his appointment as Mauricio Pochettino’s replacement last week and he brings with him 148 games of Champions League experience.

Martins had praised Mourinho for being a trailblazer for Portuguese coaches earlier in the week, but he put on a more defiant show on the eve of his side’s game at the Tottenham Hotspur Stadium.

‘We are here to represent Olympiacos, we are well aware that Tottenham are a very strong team, we know how tough it will be,’ he said.

‘But it is Olympiacos versus Tottenham. Mourinho is an excellent manager, we respect him, but we are not afraid of him.’

Mourinho has had a whirlwind time since taking the job and is preparing for his second game in three days. 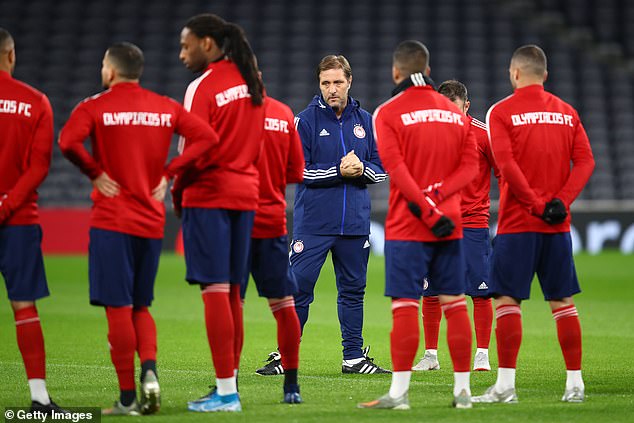 And Martins is hoping he can catch Mourinho cold.

‘We know Jose Mourinho, but it is the first time we play against him as a Tottenham manager,’ he added.

‘Tomorrow is a very important game and after we are expecting a reaction of the players. We worked hard to get to the group stage of the Champions League and we will do our best.

‘We are here against a very big team but we have ambitions and we expect to act in a positive way.’ 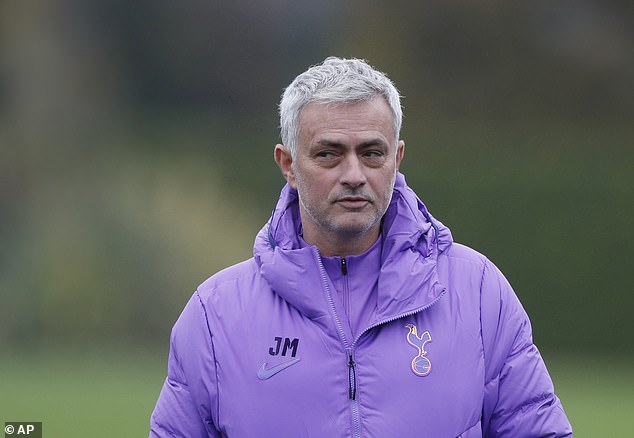