Olympian Eve Muirhead has given Britain a golden chance

She is the darling of Britain’s Winter Olympics fans, her competitive spirit and good looks bringing thousands of new fans to the sport of curling.

After another tense instalment of the sport nicknamed ‘chess on ice’, the British ladies are through to the semi-finals and still have a chance at Olympic gold.

In a rare outburst of emotion, 27-year-old Miss Muirhead jumped into the air with delight as she delivered a brilliantly-weighted stone, knocking away two point-scoring stones from their Canadian rivals. The delivery eliminated the favourites. Britain’s four-strong women’s team had been trailing reigning champions Canada until the crucial stone was cast with their captain’s characteristic inscrutable stare.

Cool beauty: Eve Muirhead, who has tried a spot of modelling, has brought glamour to her sport 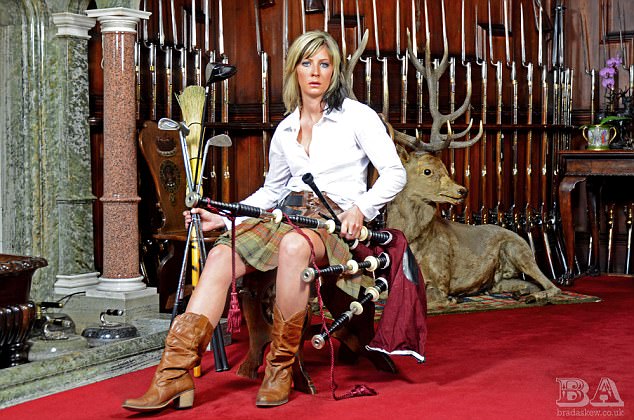 Multi-talented: Eve Muirhead is a champion bagpiper and accomplished golfer

The bagpipe-playing poster girl of British curling, who has the Olympic rings tattooed on her lower back, was born to the sport.

Her father Gordon was a former world champion, who competed at the Olympics when it was just a demonstration sport.

Two of her brothers – Thomas and Glen, 22 and 28 – are also competing at Pyeongchang at their first Olympics for the men’s team.

Miss Muirhead is also a talented golfer, playing at one time off scratch – she currently plays off three – and could have attended university in the US after being offered a scholarship. She has also competed at four world bagpiping championships. Her decision to stay with curling was quickly rewarded, with the Scot winning an unprecedented four gold medals at junior World Championships before being fast-tracked into the Team GB system. She has skippered the last three Winter Olympics. 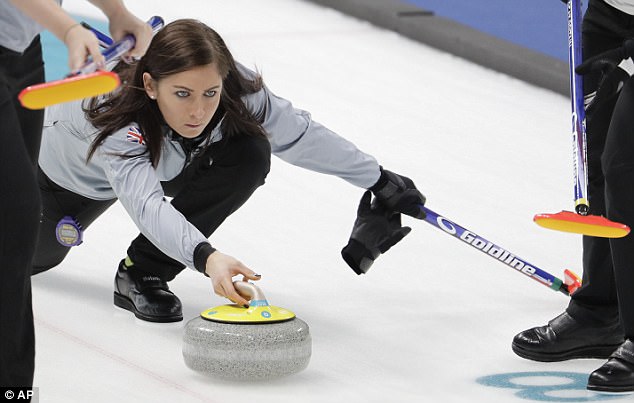 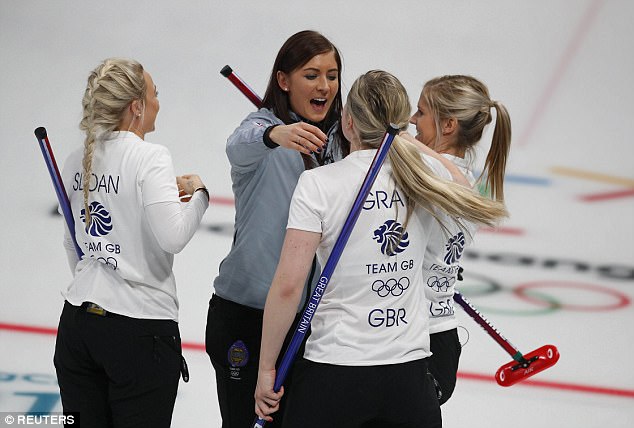 In the Vancouver Games of 2010 she famously snapped her broom on the ice when her team failed to make it to the medal matches. If the rigours of top-level sport have taken their toll on her social life, she doesn’t seem to mind.

She is currently single, admitting recently when asked about relationships: ‘I’m afraid I just don’t have time. I’ve pretty much dedicated my life to curling, haven’t I? But that’s fine. It’s what I do and I love it.’ The British women’s curling team, one of the most experienced in the Games, will face Sweden tomorrow. The route to gold is most likely to be blocked by the so-called Garlic Girls of South Korea, who have rockstar status in the host nation.

The country did not even have a team until the 2014 Games. The four girls come from the same school in the town of Uiseong, where there are dozens of garlic farms.

■ Mica McNeill and Mica Moore finished eighth – a British record – in the women’s two-man bobsleigh … five months after having their funding axed.