Omarosa aims to get $50,000 per speech in speaking fees

Following a many ex-politico before her, Omarosa Manigault Newman signed with a speakers bureau on Monday and will begin asking for up to $50,000 a speech, TMZ has learned.

‘Since it’s Black History Month and  Women’s History Month, I’m sure Omarosa will be in high demand, as she has always been,’ said American Program Bureau’s founder Robert P. Walker to TMZ.

Omarosa Manigault Newman is photographed during the first week of the Trump administration entering the Brady Press Briefing Room. Manigault Newman signed a deal Monday with the American Program Bureau, where she hopes to command $50,000 a speech 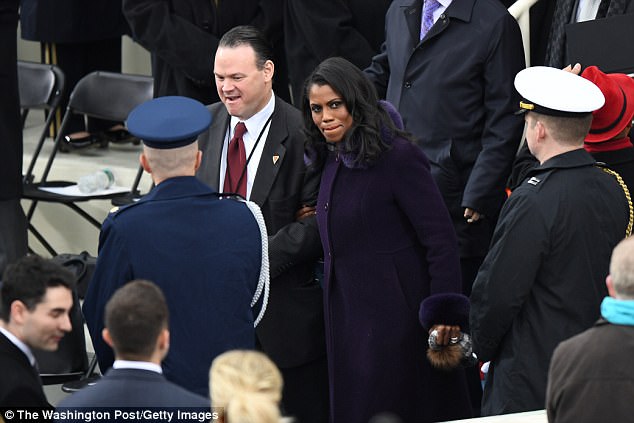 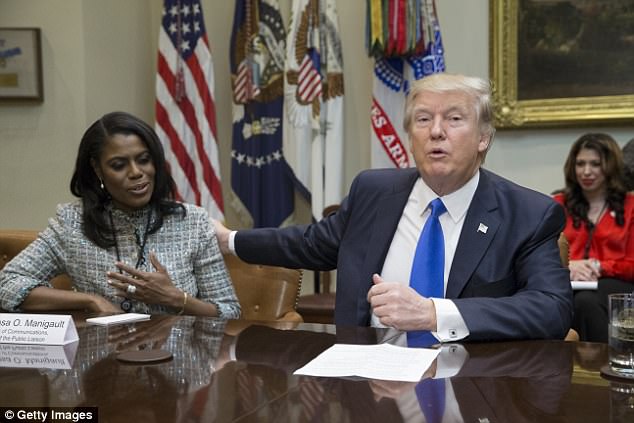 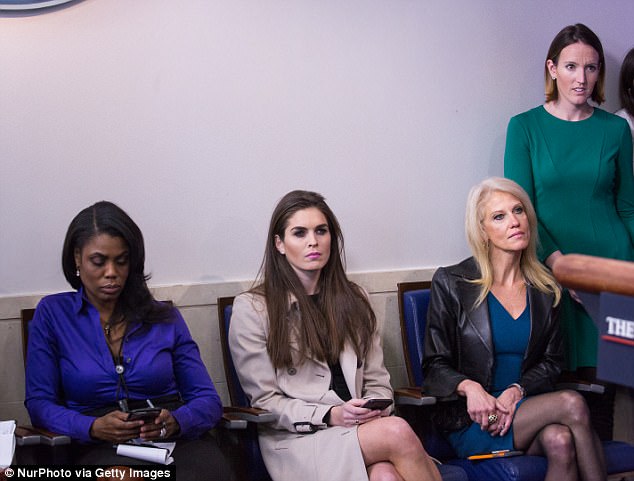 Walker told the online publication that his firm’s goal is to book at least 10 appearances starring Manigault Newman over the next three months.

Manigault Newman first met the now-president when she appeared on his show ‘The Apprentice’ in 2004, making additional appearances during the program’s seventh and thirteenth seasons.

She was one of the few black women to campaign heavily for Trump when he announced his White House ambitions in 2015.  And she followed her old boss to 1600 Pennsylvania Avenue in January 2017 when he was sworn in.

The former director of communications for the White House Office of Public Liaison would likely command an even larger sum if she decided to spill the beans on what she saw working for Trump during the first 11 months of his administration.

Manigault Newman was on the government’s tab until Saturday, but had physically left the White House a month before.

On December 13, Press Secretary Sarah Huckabee Sanders told reporters that Manigault Newman was leaving her post to ‘pursue other opportunities.’

A White House official told NBC News the former reality TV star had had a ‘nice’ and ‘very cordial’ conversation with the president before Huckabee Sanders’ announcement was made. 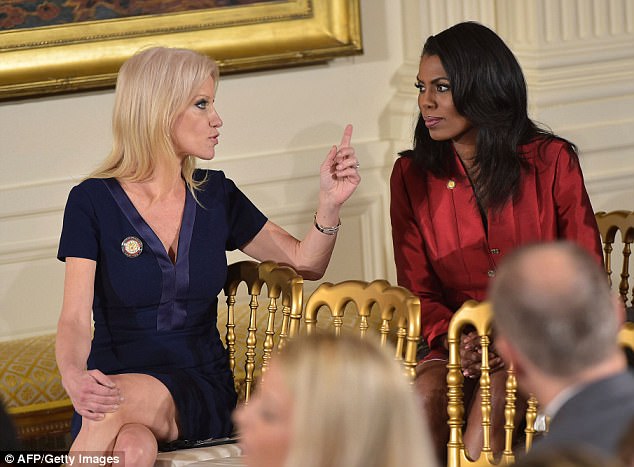 Counselor to the President Kellyanne Conway (left) chats with Omarosa Manigault Newman  (right), who had served as the director of communications for the Office of Public Liaison until December

However, sources later said that on the evening of December 12  Manigault Newman had been informed by Trump’s Chief of Staff John Kelly that her White House tenure was over.

Manigault Newman had to be escorted off White House grounds as she tried to storm Trump’s residence in the executive mansion to protest.

Trump finalized the firing by tweeting the evening of December 13: ‘Thank you Omarosa for your service! I wish you continued success.’

Manigault Newman has kept a low profile since, as Huckabee Sanders had noted that the ex-Apprentice villain would be officially be done at the White House on January 20, a year after Trump’s inauguration.

She hasn’t tweeted a single time and has posted only one time of Instagram, uploading a photo of herself and her mom on her mother’s birthday.