On The Buses star Anna Karen leaves the bulk of her £400,000 to EastEnders co-star Sophie Lawrence

On The Buses star Anna Karen leaves the bulk of her £400,000 to EastEnders co-star Sophie Lawrence after she died aged 85 in a fire at home

By Andrew Young For The Mail On Sunday

On The Buses star Anna Karen, who died aged 85 in a fire at her home, left the bulk of her estate to fellow former EastEnders actress Sophie Lawrence, it has been revealed.

Her will left 65 per cent of her net estate to her close friend Miss Lawrence, 50, after payment of funeral and legal costs, inheritance tax and a £1,500 legacy to another friend.

Miss Lawrence played Diane Butcher in EastEnders between 1988 and 1991, followed by a number of guest appearances in the BBC soap during subsequent years.

Her character, who was the aunt of Grant and Phil Mitchell, was usually seen turning up at family weddings and parties.

Miss Karen died in February in a blaze at her terrace home in Ilford, East London, which neighbours believe was started by a cigarette after she fell asleep while smoking.

Miss Lawrence also has links with Ilford, as she was born in the area. The actress, who now lives in Norwich, reached No 21 in the UK singles charts in 1991 with a cover version of Donna Summer’s 1977 hit Love’s Unkind.

Miss Karen also once toured with Miss Lawrence in the comedy show Bazaar & Rummage, based on a book by Sue Townsend.

Miss Karen’s will left a further fifth of the residuary of her estate to her stepdaughter Gloria Gill, the daughter of her actor husband Terry Duggan, who died in 2008. 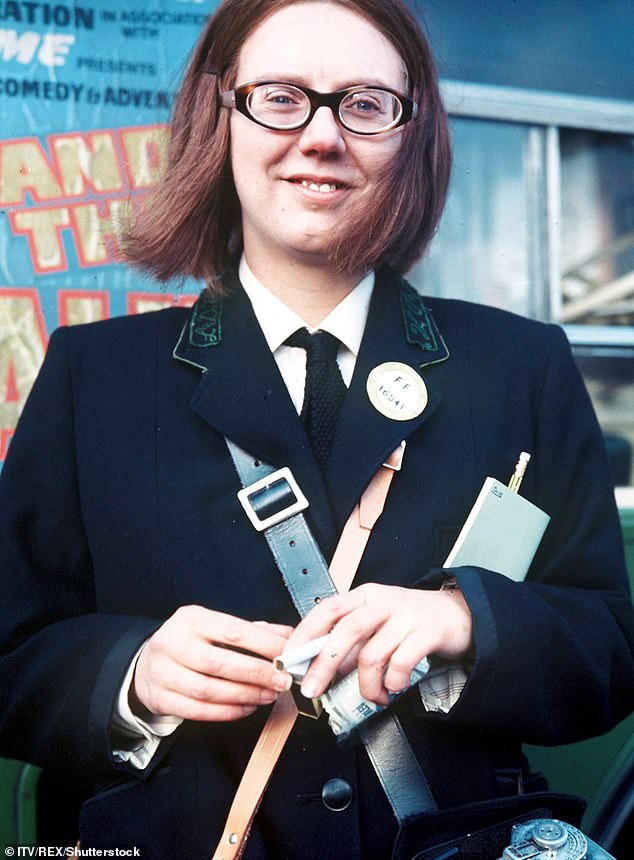 Anna Karen, pictured in On The Buses, starred in 74 episodes of the show as well as three spin-off films

Another eighth was left to four other friends or relatives and the final 2.5 per cent was left to the Actors’ Benevolent Fund.

Miss Karen, who was born in South Africa, performed as a striptease artist to pay her way through drama school. She starred in 74 episodes of On The Buses as well as three spin-off films, portraying the put-upon sister of bus driver Stan Butler played by Reg Varney.

The humour of her dowdy character was based around her inability to cook and as the target of misogynistic jibes from her lazy husband Arthur, played by Michael Robbins.

Miss Karen also appeared in the film comedies Carry On Camping and Carry On Loving, and had her role as Olive transferred to another workplace TV sitcom, The Rag Trade, in 1977 and 1978. 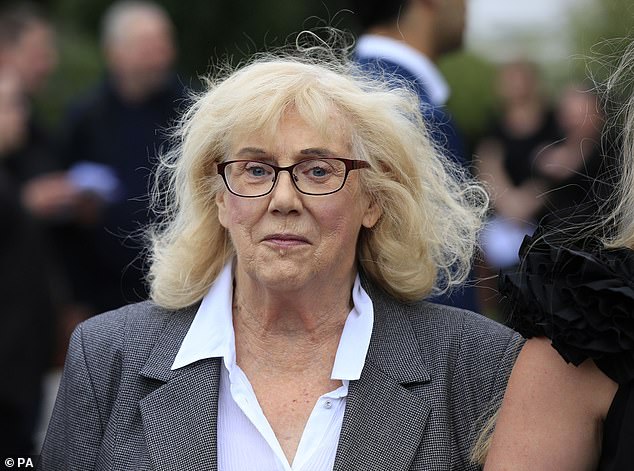 Anna, pictured in 2015, also appeared in the film comedies Carry on Camping and Carry on Loving