Multiple people have been injured in a shooting at an Oklahoma City restaurant, police say.

The shooting, which has killed at least one and injured five, broke out about 6.30pm inside Louie’s Grill and Bar.

Captain Bo Matthews told reporters the shooter, a white male who walked in and began randomly shooting, was the person killed.

He was shot by a citizen also carrying a handgun as he tried to run away from the scene.

Police say they are looking to speak to 100 witnesses following the shooting. The only person killed was the shooter, who was fatally shot by an armed civilian as he tried to flee the scene

An adult woman and young girl, both believed to be customers, were shot in the attack. Both have been taken to hospital for surgery.

An adult male fell and broke his arm during the incident and has also been taken to hospital.

Matthews says he believes the three in hospital will survive the ordeal.

‘It’s a blessing this was stopped [when it was] who knew when this guy was going to stop shooting people,’ Matthews told KOCO.

Police told followers on Twitter while there was no longer an active threat, but advised locals to continue avoiding the area.

Police say they have ‘100 witnesses’ and would be looking through CCTV footage in trying to work out what has happened.

The shooter, who was reportedly wearing ear protection and eye glasses, has not been identified.

At this stage, police believe the shooting was random, and he had no link to the restaurant or anyone inside. 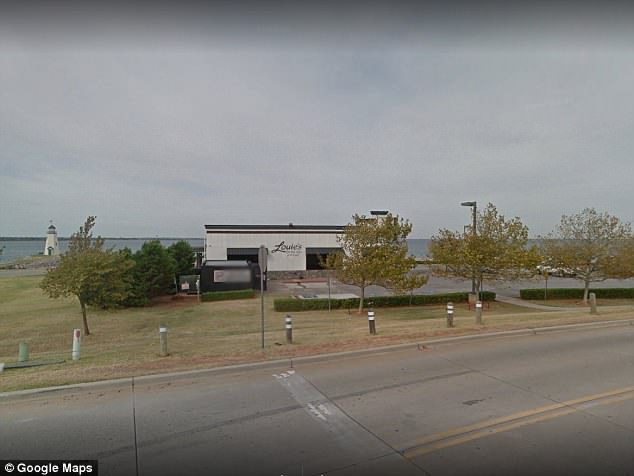 The shooter has not yet been identified, and an adult woman and young girl who were shot are undergoing surgery