By Rosie Taylor for the Daily Mail

One in four Britons sit still at their desk for so long each day that they are raising their risk of an early death, researchers have warned.

Office staff sat for the longest periods – an average of eight hours a day – followed by people in the finance industry, who sat still for an average of seven hours and 35 minutes each day.

The most active workers were in healthcare, who spent six and a half hours sitting each day on average – but only just over a third managed to achieve NHS-recommended levels of exercise. Their guidelines say that adults should aim to be physically active every day and do 150 minutes of moderate exercise a week – around 20 minutes a day. 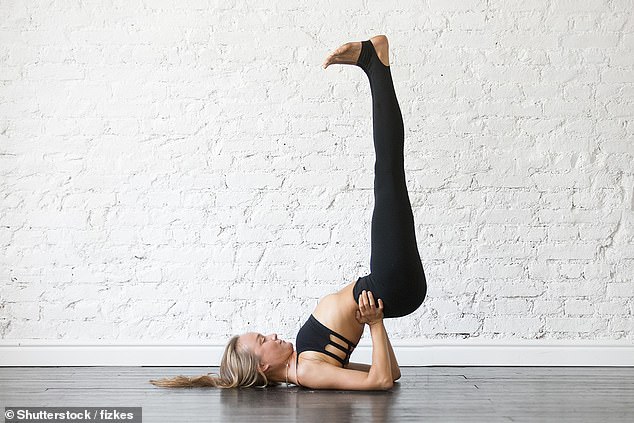 Studies have found sitting at a desk for long periods of time raises the risk of diabetes, heart disease and cancer. And even gym-goers are not exempt, as this remains true if people exercise before or after work.

Earlier this year, researchers discovered 70,000 deaths a year in the UK were linked to a lack of activity, with illness caused by inactive behaviour costing the NHS around £700million a year. The latest research, carried out by wellbeing company Westfield Health, found the average worker in the UK sits still for seven hours and two minutes every day.

Although 60 per cent of the 2,000 people surveyed for Westfield’s Wellbeing Index report knew inactivity was bad for their health, only 12 per cent took action to reduce the time they spent sitting down.

Two thirds blamed their employer for failing to support them to be active at work.

And a third told how they struggled to exercise because of a ‘lack of time’ or ‘low energy’, while a quarter blamed ‘low mood’ for causing a lack of motivation to exercise.

Westfield Health boss Dave Capper said: ‘When it comes to physical wellbeing, the [results] show it’s not really a lack of awareness that’s the problem… it’s a lack of responsibility.

‘As individuals, only 12 per cent of us are trying to reduce our sedentary time.’ He added that employers needed to ‘recognise just how much the structure of the work day and the office environment contribute to this escalating national health issue’.