One man dead and another wounded near St Louis baseball stadium

The man who was shot dead when after gunfire erupted at a bar across from the baseball stadium where the St. Louis Cardinals play has been identified as a newlywed who was out celebrating his birthday on Sunday.

Police revealed on Monday that the deceased victim was 38-year-old Corey Hall, a married father-of-two of Florissant, Missouri.

Hall was having drinks with a friend on the rooftop level of the Budweiser Brew House at around 8pm when police said a man got into an argument with another person, pulled a gun and fired three rounds into the crowd.

Newlywed slain: Corey Hall was celebrating his 38th birthday when he was shot dead at a St Louis bar. He married his girlfriend just two weeks ago (pictured at the wedding) 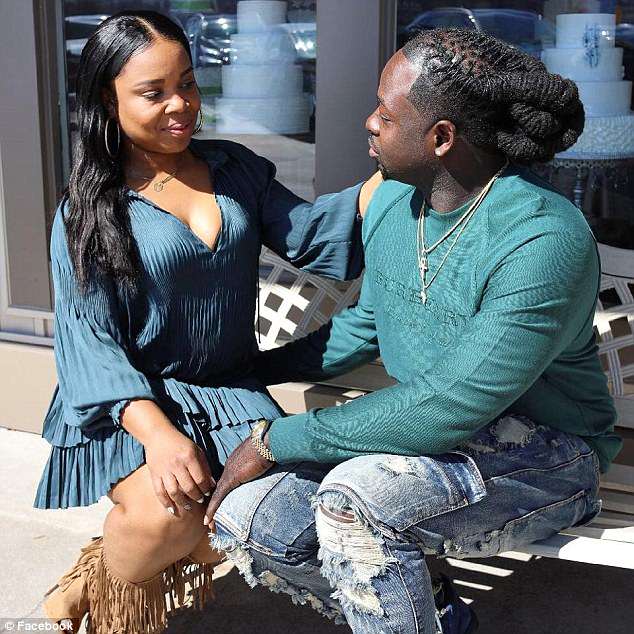 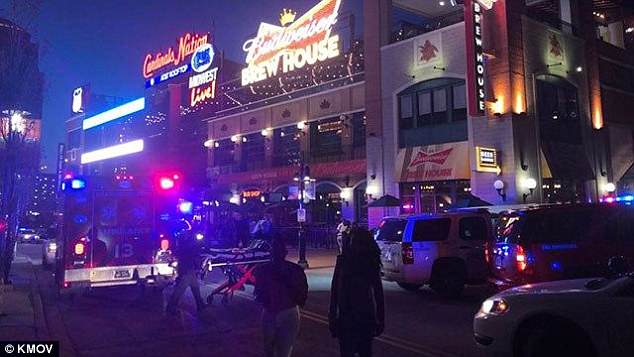 Shots fired: There were 300-400 people at Budweiser Brew House in St Louis on Sunday when police say a man opened fire during an argument, shooting two patrons

One bullet struck Hall in the head, fatally injuring him. Another round hit his 36-year-old friend in the thigh.

Hall was rushed to a hospital, where he was pronounced dead just before 2am Monday.

Besides his newlywed wife, Hall is survived by his two daughters, one of whom turned six in February and the other who is a student at Hazelwood Central High School.

A friend told St Louis Post-Dispatch that Hall was a hardworking business owner who operated a fleet of delivery trucks. 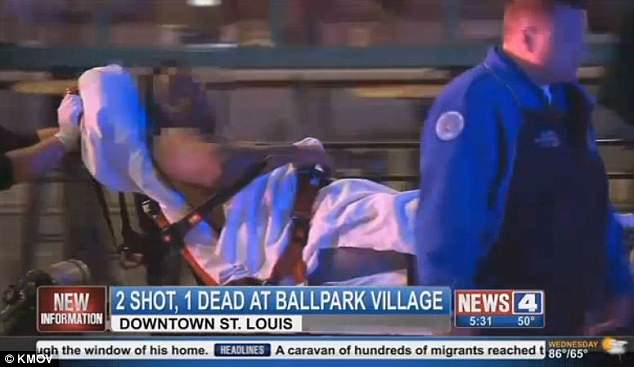 A victim is seen being taken to a hospital on a stretcher after the shooting, which left one person dead and another injured 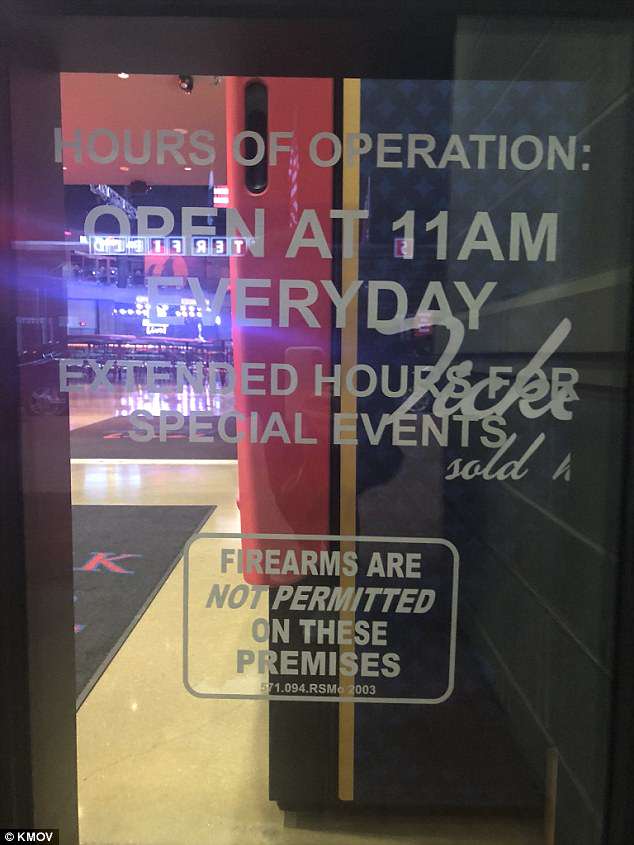 According to St. Louis police Maj. Mary Warnecke, several hundred people were at a ticketed event on the rooftop level of the Budweiser Brew House at around 8.15pm Sunday when two people got into a heated dispute, which led to shots being fired.

Both victims were initially described as men in their 30s, reported KMOV.

An estimated 300-400 people were at the sport-themed bar located across the street from Busch Stadium for an event called ‘Eat. Drink. Chill. Rooftop Day Party.’

According to its Facebook page, the gathering got under way at 5pm and was scheduled to end at midnight.

Police said there were off-duty officers and private security guards in charge of safety at the crowded venue. A sign hanging on a door at Ballpark Village states that firearms are not permitted on the premises.

The shooter fled the scene and police did not immediately have a description of the person they are seeking. As of Monday morning, no arrests have been made.

Mario Mosley, who works as a bartender at Ballpark Village, told St Louis Post-Dispatch he witnessed one man with a facial wound being taken away from the scene on a gurney, and another suffering from a wound to his leg.

The Cardinals were in Pittsburgh for a game Sunday, but released a statement saying they were ‘shocked and saddened.’ The team is working with police to track down the perpetrator. 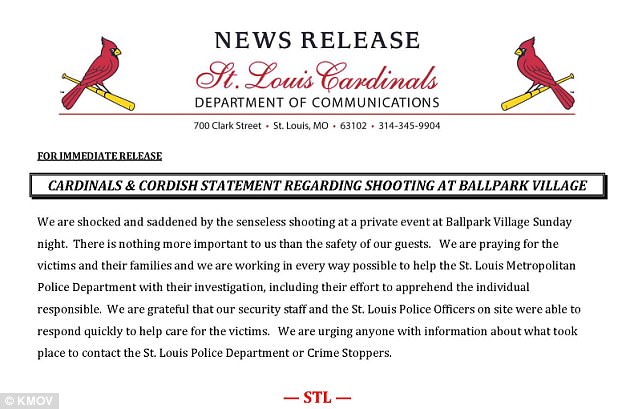 The Cardinals were in Pittsburgh for a game Sunday, but released a statement saying they were ‘shocked and saddened’