One million square miles, 3,300 islands, and a ship

A modern-day cruise is about the closest we get to the old Blue Riband days of stately ocean liners.

If you choose carefully, you can still sample some of that lost gentility. My wife and I are intermittent rather than inveterate cruisers.

Our last foray was to the Mediterranean, that sea of almost one million square miles and more than 3,300 islands, of which we visited four.

Messina, in Sicily, is notable for its clock tower, but the horological masterpiece failed to perform on the day we berthed. Dozens of bewildered passengers stared vainly at the timepiece as it emitted a sound more ‘clunk’ than ‘boing’.

The Greek island of Corfu had me salivating about the Durrells, admiring an old town of Unesco ‘worthitude’ and listening to some of the 64 varieties of cricket and grasshopper. Oh, and I know, it’s actually in the Ionian Sea.

Taking a break from islands briefly, one consistent joy of a cruise is being able to return to the same hotel room every day, albeit with a different view through one’s window, or from one’s balcony. Unpacking and repacking are minimalised. 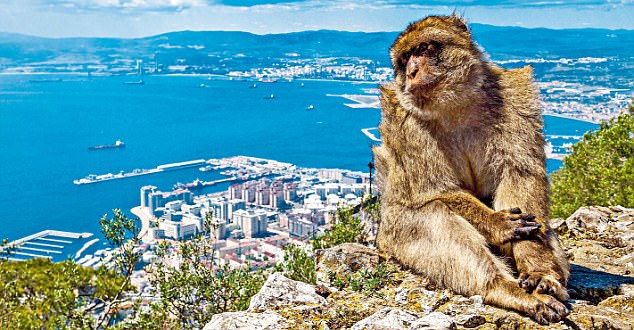 Rock star: One of the macaques of Gibraltar, where Stephen stopped and visited the Trafalgar Cemetery to see the graves of two mariners who died after the great sea battle of 1805

Corfu and Malta have been British at one time or another and the latter still wears its George Cross with pride, awarded to the island in 1942 for its courage during the Second World War.

We visited the capital, Valletta, with its Baroque architecture and Knights Hospitaller relics.

The fourth ‘island’ of our cruise was Venice – the description seems legitimate considering the city is ranged across 118 small islands.

We breathed in the city-state’s majesty during its medieval heyday, when trade was king (or ‘doge’ in Venice’s case). Romance was in the air, though, and our gondola ride was strictly for two. 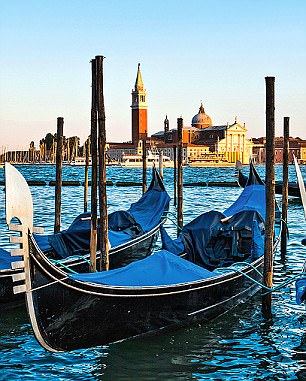 Dreamy: The fourth ‘island’ of Stephen’s cruise was Venice

We mustn’t overlook that, while this island-hopping is exhilarating, there is also a ship to explore on those recuperative ‘sea-days’.

We were aboard P&O’s Aurora. She shares her name with the Roman goddess of dawn, a Russian cruiser and a Norwegian singer-songwriter.

Not all our ports were islands. Cadiz is the oldest continuously inhabited city in Spain, so we were unfazed at finding Roman remains.

The theatre was discovered only in 1980 and is the era’s second-largest in the world (only Pompeii surpasses it).

Britain has not experienced war at first hand for 70 years, but the citizens of Dubrovnik in Croatia have not been so fortunate.

More than 100 people lost their lives as the walled city was pounded in October 1991 during the Balkan wars. Its recovery is a testament to man’s enduring spirit.

Our final stop before returning to Southampton was Gibraltar, a little bit of Britain below a 1,200ft-high limestone ridge.

I avoided the Rock’s infamous monkeys and settled for a visit to the Trafalgar Cemetery to see the graves of two mariners who died after the great sea battle of 1805.

Did I say we’re intermittent cruisers? Well, we’ll be planning another shortly.