The week that changed Lucy Townsend’s life for ever had begun, paradoxically, with good news.

In November 2013, her chic gastropub, The Greyhound On The Test, in the tiny town of Stockbridge, Hampshire, was named Michelin Pub of the Year — a coveted accolade that put the business firmly on the rural foodie map.

As she celebrated, she might well have reflected on how good life was.

A former chef and one of the few women to have worked in Marco Pierre White’s iconic restaurants in London, she loved the pretty countryside of the Test Valley and was happily settled with her partner, Alex Lewis, and three-year-old son, Sam.

She worked hard, but it was — and still is — her passion. ‘I’ve always loved my work,’ she says today. ‘When I first had Sam, I stopped for a while, then realised I absolutely had to go back. Work keeps me sane. I need to work.’

Lucy Townsend, 45, told how she continued to work at her gastropub in Stockbridge, after her partner Alex Lewis (pictured together) lost his limbs from gangrene

Days after the Michelin announcement, however, Alex fell ill.

What seemed at first like a cold, or at worst the flu, progressed rapidly and terrifyingly into something very rare, but utterly devastating — a form of gangrene caused by the usually harmless Streptococcus A bacteria — the same strain that recently killed 12 people in an outbreak in Essex.

Strep A infections generally become dangerous only in the elderly — yet Alex was just 33.

‘It was a completely freak illness,’ says Lucy. ‘At one point, the doctors basically told me there was no hope left and that I should prepare for him to die.’

Alex’s survival came at the cost of his limbs. One arm and both of his legs were amputated as he battled the infection and, six months later, surgeons removed the other arm, too.

Crucially, he retained his right elbow, which means he can now wear and use an invaluable prosthetic arm.

‘The strep A was still in him and going towards his heart,’ says Lucy. ‘He had to get rid of it or he’d die — it was as simple as that.

‘But that elbow makes the difference between a bit of independence and none at all. He does everything with that arm. Without it, our lives would be totally different.’

In all, Alex underwent 250 hours of surgery and had more than 35 skin grafts, including a major graft of skin from his shoulder to his lips and chin, where infection had eaten away at his face.

For Lucy, now 45, life is split into before and after. Yet, far from railing at the bleak unfairness of what’s happened, she has always determined to stay as positive as possible. 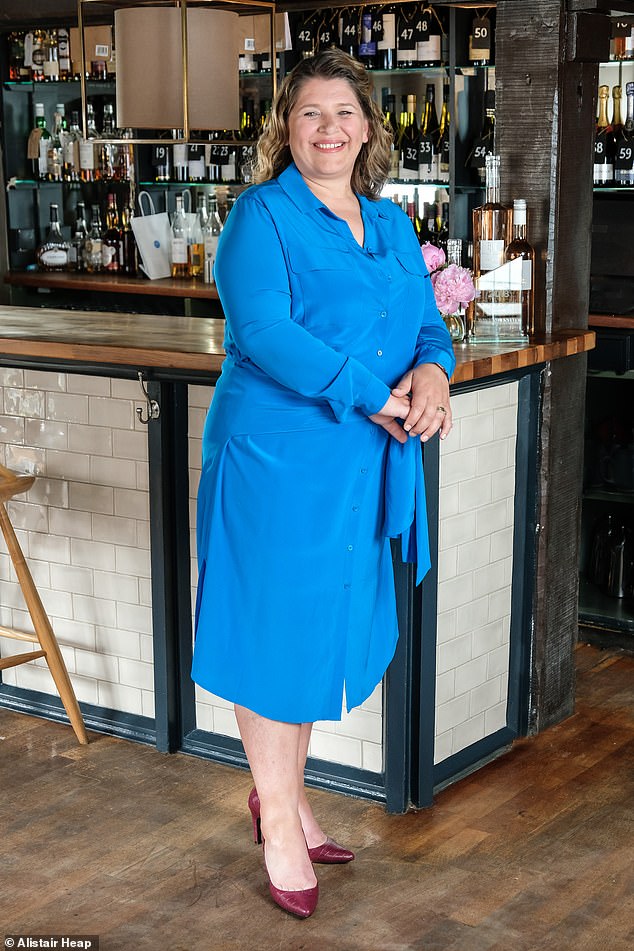 Lucy (pictured) says since Alex’s illness, they’ve had the best time of their lives and he’s discovered an ‘astonishing drive and purpose to life’

‘Since it happened, we’ve had the best time of our lives. People don’t believe me when I say that, but I’m very clear about it.

‘Alex and I are quite different people. He was always the most laidback chap, everyone’s mate, while I was always raring to go and all about work.

‘I’m not sure we would have survived long-term as a couple if this hadn’t happened.’

She continues: ‘And now, my God, Alex has discovered an astonishing drive and purpose to life. He travels all over the world, he has become a speaker, he has so many projects, he does so much stuff.

‘He does the craziest things with his life and that’s the way we both want it because time is so short and you’ve got to have as much fun as you possibly can.’ In the six years since, Alex has become a proficient kayaker, paddling hundreds of miles down the Orange River in South Africa and through freezing waters in Greenland.

He has climbed one of the highest mountains in Africa using an off-road buggy specially built for him by engineers at the University of Southampton and has raised funds to build a wheelchair factory in Ethiopia.

It is an extraordinary attitude and one that few could sustain. 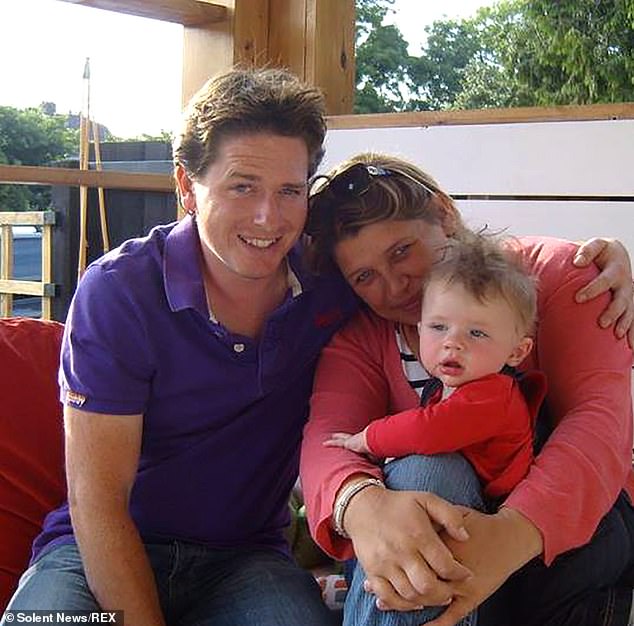 For all the inspirational speaking and exploring, though, there is no doubt that both Alex and Lucy have suffered hugely.

‘Alex was often in great pain, and there were times when I’d come back from the hospital and sob my heart out,’ says Lucy.

‘That happened a lot, though rarely in front of anyone. I don’t tend to do that.

‘But Alex’s hospital room wasn’t generally a sad place. Our friends were great and, although it was terrible, and a lot of that time is a blur, we laughed a lot, too. There was never a flicker of self-pity from Alex. There is nothing and no one to blame for what happened and, once you accept that, all you can do is work out how to make the best of it.’

You might have expected Lucy’s business ideas to pale into insignificance next to the matters of life and death in that hospital room — but that is not what happened. Work was her lifeline.

‘Work was very much my space and a safe place for me to be in. I had a team of people around me with whom I’d worked in various pubs and kitchens for more than ten years, and it felt as if this awful thing was happening to them all, not just to me.’ 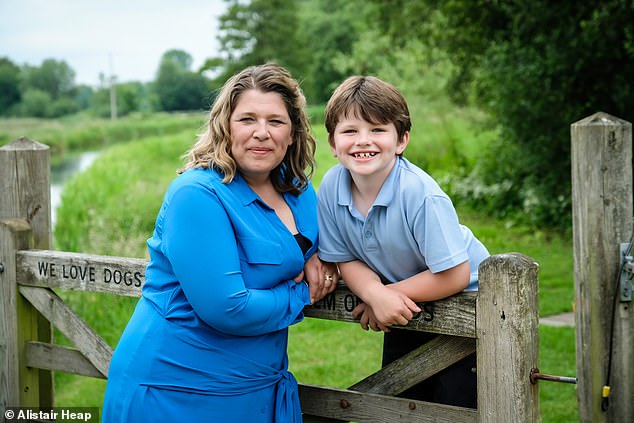 Lucy (pictured with Sam) would do the school run, visit Alex in hospital, go to work and then return to the hospital

Lucy just kept going. ‘I’d do the school run, go up to Salisbury Hospital to see Alex, then go to work. The nurses would let me sneak into the ward again at about 11pm, after work.

‘I did that for 18 months, and there was only one point when I said to my business partner: “Look, it’s affecting the business, you have to take it away from me.” But, of course, he didn’t.

‘People in the industry really rallied round. A couple offered to send me a temporary manager for the pub, but, in the end, I didn’t want that, either. I needed to be there, doing it.’

Remarkably, she has actually expanded her business interests, adding an outdoor events catering company, Wilds, and the running of a large hotel in Stockbridge, the Grosvenor, which she is refurbishing and expanding.

‘My life is all about builders,’ she laughs. ‘It’s the biggest hotel around and hasn’t been touched in 40 years. I work six days a week now. It used to be seven — but, since Alex’s illness, I have made a promise to him that I’ll only do six. He knew on day one, before the illness, that that was how I worked, and he has always been really supportive of it. 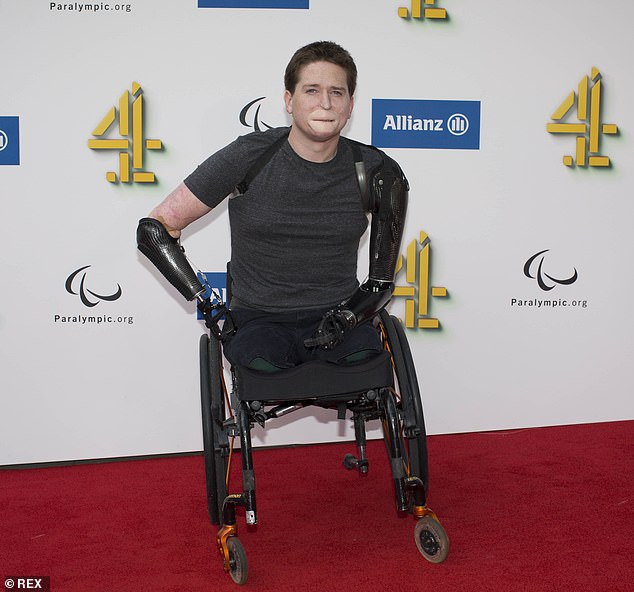 ‘I make a priority of being able to be there for Sam’s things, such as school plays or sports days. Because it’s my business, I can stop and go to those, and so can any parent who works for me.’

Alex has a carer who helps him pick Sam up from school and cook dinner. ‘I know some women would give up everything to do all that for their husbands,’ says Lucy, ‘but I made a conscious decision right at the beginning that I was never going to be Alex’s nurse. I was his partner and the person he was going to spend the rest of his life with. Giving up the business was not an option.

‘I told him early on that he had three years. I would support him for that time and, afterwards, he had to contribute to the family or do something that would make us proud. He absolutely has.’

Alongside his travelling, Alex has designed and adapted the family home to make it work for him ‘without looking like a hospital’. ‘It’s something that he would like to do for others,’ says Lucy. ‘Everyone’s disability is different, and the design needs to reflect that. There is no need for the places they live in to look like care homes.’

Meanwhile, Sam, now eight, has had to become ‘quite an independent little boy’.

‘That’s just the way it has been for him. He’s incredibly kind and really protective towards Alex.

‘When he sees people stare in shops, he’ll move closer towards his dad or speak up and tell people what happened. 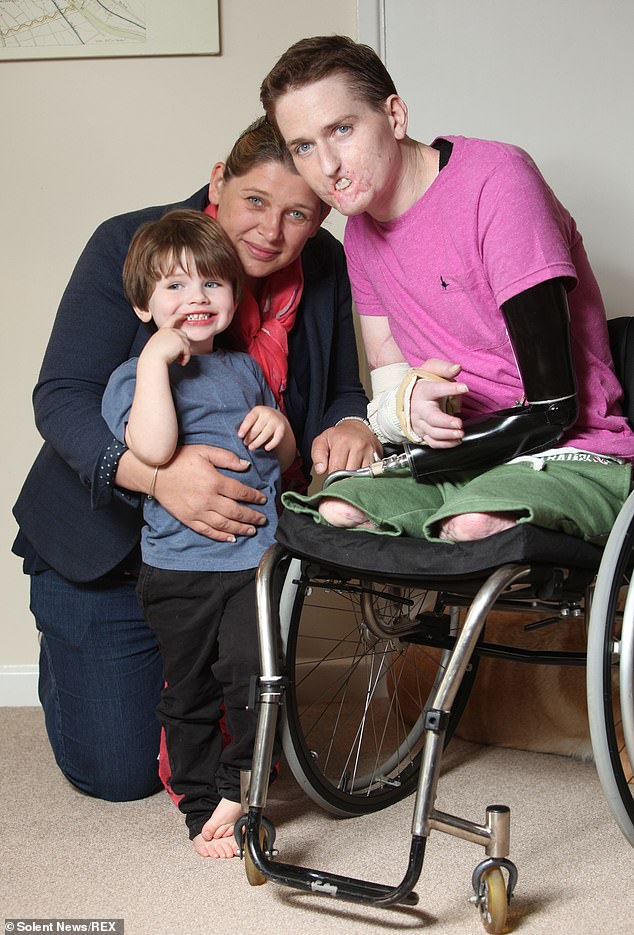 Lucy (pictured with Sam and Alex) who got with Alex 12 years ago, says he still makes her laugh and is the kindest man she knows

‘They have an amazingly strong bond. When I went back to work after having Sam, Alex stepped in and stayed at home with him for 18 months — and thank goodness because, in the end, I’m sure it was Sam who kept Alex alive. He wanted to be there for Sam so much he refused to let go.’

There is one question everyone who meets Lucy ends up asking; a question often posed with a hint of incredulity or even pity, both of which she hates.

‘They all ask me how I do it,’ she sighs. ‘Well, I have the best team and the best support and the best people around me. I didn’t have to do it this way. I have lots of choices.

‘After Alex’s illness, friends made it clear to me that I didn’t have to stay with him, that it wasn’t what I signed up for and no one would judge me.

‘And he was glad people told me that, because I made it very clear, too, that there was never any question of me not being here with him.

‘I said when I got together with him 12 years ago that what I wanted was someone who could make me a cup of tea in the morning and make me laugh every day.

‘Well, he still makes me laugh. He’s still the kindest, funniest man I know. That’s how I do it.’

Could you be our mumpreneur of the year for 2019?

Have you started a business while being a mum? Then enter our Daily Mail/NatWest Everywoman Aphrodite Award for mumpreneurs.

You must be based, or have your chief operations, in the UK, and have set up your own business from scratch while raising a child or children aged 12 or under.

You must be able to show that you are the key company owner, and must have been in business for longer than 18 months as of the nomination deadline of July 8, 2019. The business must also generate a profit.

Nominations and evidence must be received by Monday, July 8, 2019.

The judges’ decision will be final. No correspondence will be entered into before or after the judging.

Entrants must agree that their story can be featured in the Daily Mail. They can be nominated or enter themselves. Enter online at every woman.com/mumpreneur. 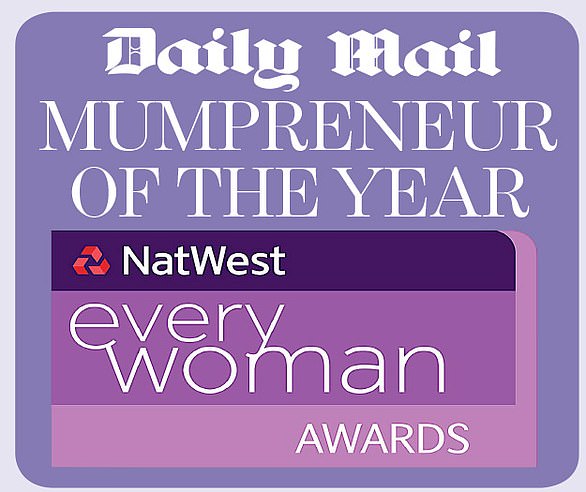