One-of-a-kind ‘flawless’ 15.8-carat pink diamond, known as ‘The Sakura’ sold at auction for a record $29.3 million

Auction house Christie’s, which handled the sale, said the diamond is ‘internally flawless’ and ‘fancy vivid,’ which measures the color of the stone.

The 15.81-carat gem was part of ‘another important chapter in jewelry auction history,’ Christie’s said in a statement.

‘The strong sell-through rates and exceptional prices achieved for top quality colored diamonds and gemstones reflect a robust market demand, and we look forward to extending this strong buying momentum to our upcoming live auction in New York on 8 June,’ Chairman of Christie’s jewelry department Vickie Sek said in the release.

CNBC reported the person who purchased The Sakura was a private buyer from Asia, but did not offer additional details.

The purple-pink diamond was part of a larger sale that saw Christie’s sell more than $76.8 million in jewels, including another pink diamond known as The Sweet Heart, which sold for just over $6.5 million.

A 15.8-carat purple-pink diamond sold at auction for $29.3 million, setting a record 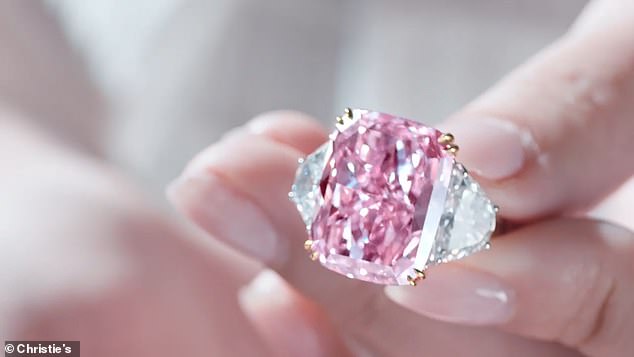 The stone, which is ‘internally flawless’ and ‘fancy vivid,’ was sold to a private buyer from Asia 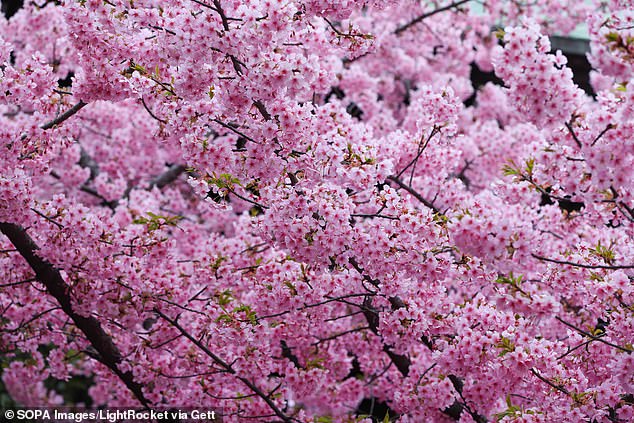 Known as The Sakura (Japanese for cherry blossom), it has the same hue as the tree, commonly found in Japan

She added that pink diamonds generally have ‘a lot of graining,’ making this gemstone ‘very rare.’

Pink diamonds, which get their color from a tweak in the crystal structure, have created several headlines in recent memory.

In February, rapper Lil Uzi Vert got a $24 million pink diamond that he had been paying for since 2017 pierced onto his forehead.

Another gigantic pink gemstone, known as ‘The Spirit of the Rose,’ sold for nearly $27 million at a Sotheby’s auction in November 2020.