EXCLUSIVE: Inside one of the last flights from Sydney to Queensland PACKED full of ‘scared and coughing’ passengers who feared for the elderly on board – as border closure looms

By Louise Ayling and Stephen Johnson For Daily Mail Australia

A woman has described the ‘frightening’ scenes on board one of the last flights from Sydney to Queensland which was packed with ‘scared and coughing passengers’.

Jetstar flight JQ7002 left Sydney bound for the Gold Coast at 3.45pm on Thursday afternoon ahead of the Queensland border closure at 1am on Saturday.

Photos sent to Daily Mail Australia show passengers in face masks sitting knee-to- knee, with some choosing not to wear protective equipment on the packed plane.

A passenger on the flight said she did not feel safe on board.

‘No wonder it’s spreading across borders.’ 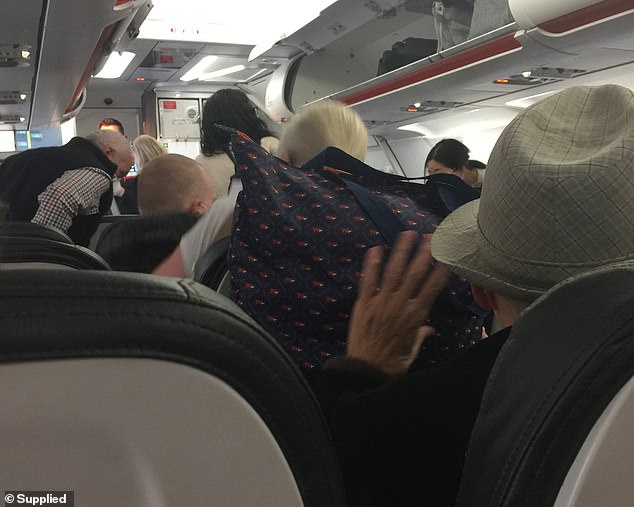 She said the elderly on board appeared shaken and fearful.

‘I feel sorry for the elderly, the guy in front looks scared and people were coughing on the plane as well,’ she said.

‘I mean the airlines are not helping the situation cramming their flights.

‘This is one of the last remaining flights to the Gold Coast before the borders shut.’ 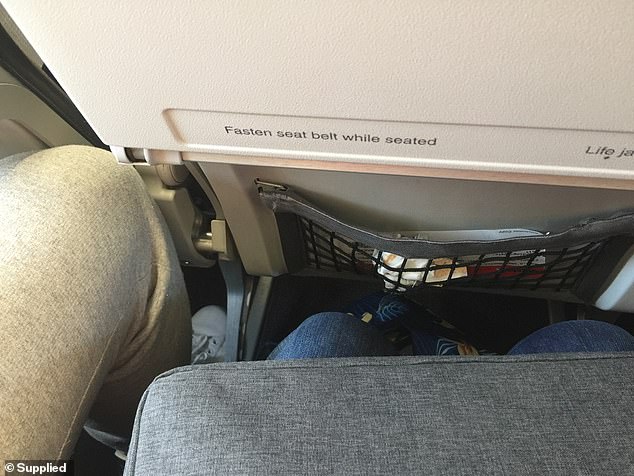 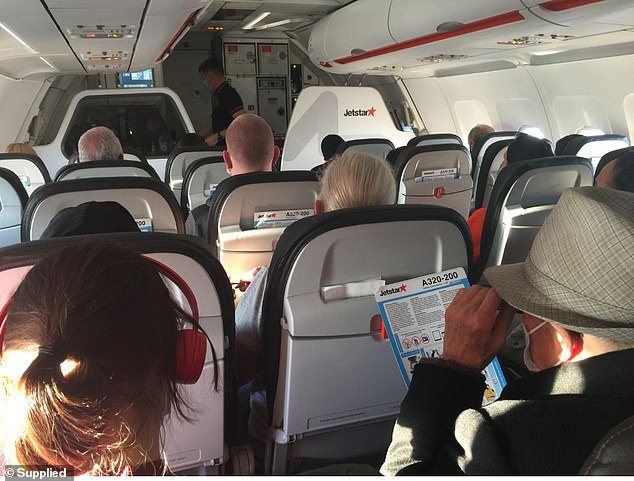 Daily Mail Australia has been told the flight was almost at full capacity until it disembarked at Coolangatta shortly after 5pm.

Passengers described a similar scenario on the Jetstar flight JQ520 Melbourne and Sydney on July 7 ahead of the Victorian border closure.

The flight was said to be ‘completely packed’ and resulted in 137 passengers being let into New South Wales without undergoing screening for COVID-19.

The aviation industry implemented a series of health and safety measures for COVID-19 on June 12 after restrictions began easing and domestic flights ramped up. 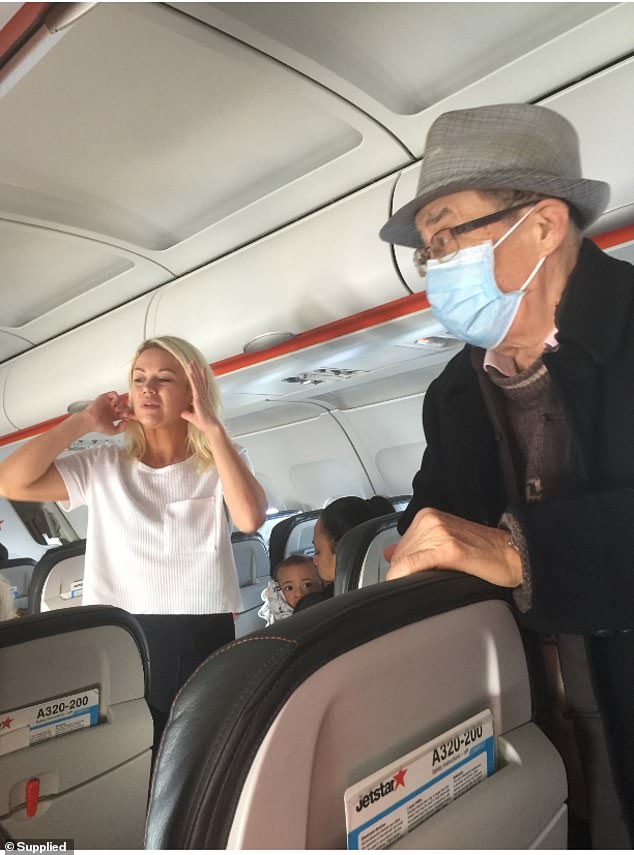 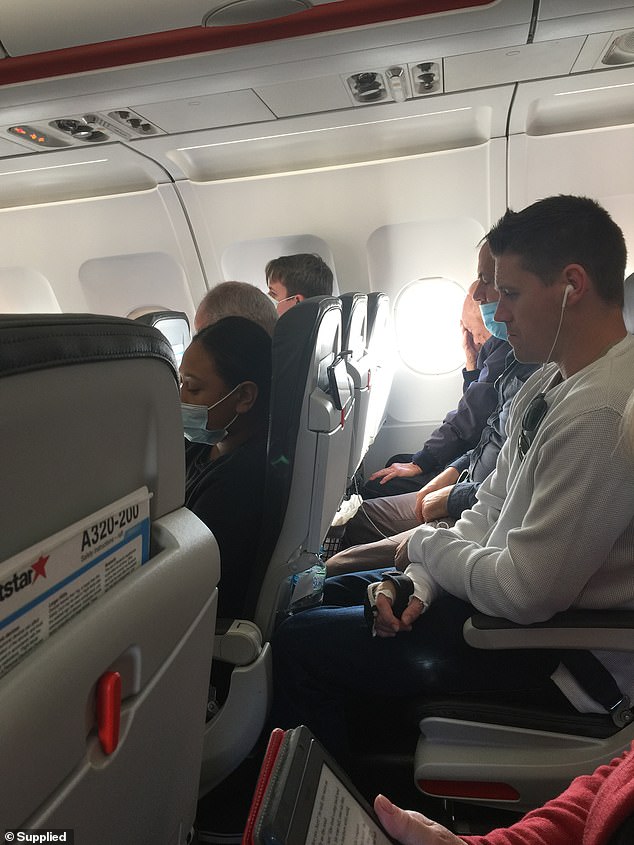 These regulations are industry-wide and do not vary across carriers.

‘Health Minister Greg Hunt has said the Medical Expert Panel, consisting of the Chief Medical Officers, believes the risk of transmission of COVID-19 on flights is low.’

‘The data shows that actual risk of catching Coronavirus on an aircraft is already extremely low,’ Dr Hosegood said.

‘That’s due to a combination of factors, including the cabin air filtration system, the fact people don’t sit face-to-face and the high backs of aircraft seats acting as a physical barrier.

‘As far as the virus goes, an aircraft cabin is a very different environment to other forms of public transport.’

On the back of medical advice, social distancing is not required on planes.

The Australian Government endorsed the health guidelines introduced by the aviation sector on June 27.

Information sent to all customers before they fly, so they know what to expect.

Contactless check-in (via online/app) and self-serve bag drop strongly encouraged, including use of Q Bag Tags.

Working with airports on other safeguards in the terminal, including regular disinfection of security screening points and installing hygiene screens at airline customer service desks, wherever practical.

Masks provided to all passengers on each flight – while not mandatory from a safety point of view, they are recommended to be worn in the interests of everyone’s peace-of-mind.

Enhanced cleaning of aircraft with a disinfectant effective against Coronaviruses, with a focus on high contact areas – seats, seatbelts, overhead lockers, air vents and toilets.

Sanitising wipes given to all passengers to wipe down seat belts, trays and armrests themselves, if preferred.

Simplified service and catering to minimise touchpoints for crew and passengers.

Passengers asked to limit movement around cabin, once seated.