One per cent of bagged salad with takeaway curies is eaten

Plastic bags of salad given away free with takeaway curries and kebabs are one of Britain’s biggest sources of food waste, researchers have found.

An astonishing 99 per cent of the bagged salads are never eaten and thousands of tons are thrown in the bin unopened.

Many takeaway buyers are put off by the stringy lettuce and because it comes in a flimsy plastic bag which doesn’t look hygienic.

And others fear the salad may contain bacteria from the takeaway outlet because it is uncooked. Others said salad was a big turn off at pub closing time.

Researchers found 94 per cent of the salads are put straight in the bin after delivery, one per cent is put in the fridge and thrown away later, six per cent is left in the shop or given back to the delivery driver and zero per cent is actually eaten.

Experts in recycling and waste disposal BusinessWaste.co.uk asked 3,500 takeaway customers what they did with the plastic bags of giveaway salads.

Spokesman Mark Hall said: ‘We tried to find out who eats these salads, and we found literally nobody prepared to confess that they did. 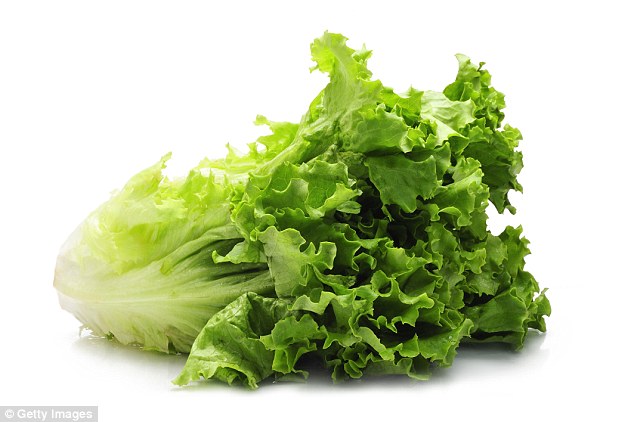 ‘In our opinion, they’re nothing but a huge waste of food. Thousands of tons going to waste.’

Researchers found waste bins near takeaway outlets overflowing with the discarded salad after customers dump them.

Mr Hall added: ‘A plastic bag is probably not the best way to present a salad, to be honest.

‘Customers have a mental image of the food being stuffed in there by bare hand, which it most certainly isn’t. But it’s a hard image for most people to shake.’

Many of those surveyed said they threw the salad away because ‘I don’t know where it has been’, ‘They don’t wash it’, ‘I might get food poisoning off it’, ‘I hate salad’ and ‘Who wants a salad at pub closing time? Nobody, that’s who.’

Mr Hall said takeaway outlets could save money and cut waste by simply asking customers if they want salad.