Before Nick Kyrgios, the enfant terrible of Australian tennis was Brydan Klein, who won his first Grand Slam match at 19 and then saw his career implode amidst a series of punishments for abusing opponents and umpires.

Now 29, Klein – a former Australian Open junior champion – plays under the British flag trying to enjoy the autumn of his career best he can.

He’s mellowed slightly but still has the odd lapse. In 2017, there was disapproval when he earned a Wimbledon wildcard having just been fined £3,500 for unsportsmanlike behaviour at a warm-up tournament in Nottingham.

Despite the colourful image, the off-court Klein has charm, intelligence and a self-awareness about his past problems. His insight into 24-year-old Kyrgios is valuable as the modern Aussie bad boy also threatens to screw up his career.

He has slipped to number 39 in the world and after his latest defeat at Queens, a fourth defeat in six matches, he confessed to gaming until 3am before his match. He was also fined almost £14,000 for a rant at umpire Fergus Murphy and accusing a line judge of ‘rigging’ the match.

Klein gets the human unhappiness behind Kyrgios’ worrying behaviour that fluctuates wildly between toddler tantrums and not appearing to try.

‘Kyro is one of the most talented players of the last decade. When he cocks up and does something stupid, I know he regrets it. Same as I did when I was young,’ says Klein about one of the most complex personalities in sport.

‘When you are hot headed, late at night you stay awake really wishing you could change the day around. I think Nick gets homesick and doesn’t like the grind of the tour week-in, week-out. He has to find a way of travelling and enjoying it.

‘He likes the buzz of playing big matches, if he can find something outside the tournaments to like, you’ll see his talent more consistently.’ 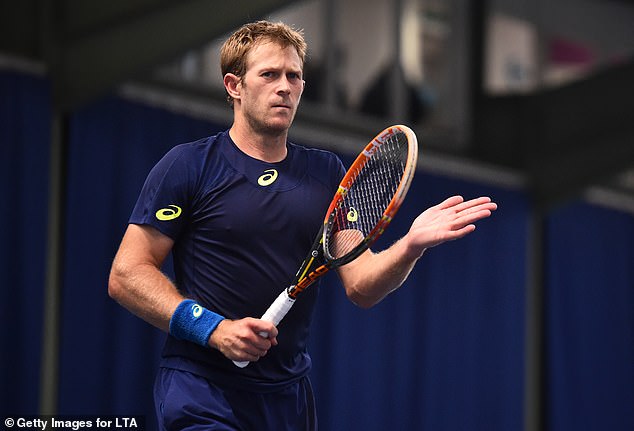 Klein thinks the answer may be as simple, or not, as the love of a good woman. He still managed to shock the genteel natives at last week’s Challenger event at Ilkley by bellowing ‘stop playing like a jerk’ to himself during his passage to the third round. But generally, he’s far more in control when his better half from Canberra is over to visit.

‘If Nick has a stable girlfriend he can travel and share experiences with, it will help a great deal,’ he suggests. ‘He is playing in all these great cities, New York, Rome, Paris. Share the experience with someone who cares about you and can take his mind away from the tennis.

‘A lot of people have their partners travel on tour for that reason and you don’t want to let them down on court. Kyro has tried basketball and other things but then it’s said he should be practising his tennis instead! You can shoot hoops when you want but you also need to train properly as well.’

Klein was tipped to be the next Lleyton Hewitt when he won his debut match at the 2005 Aussie Open and gave Stan Wawrinka a scare in the second round. But, sadly, he’s not won a Grand Slam match in the main draw since. 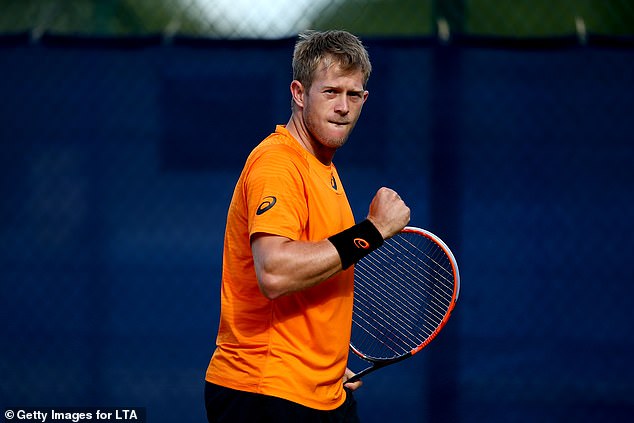 After a promising start to his career, Klein lost his way and was banned for six months

Inconsistent with his play and emotionally out of control, he was banned for six months at one stage. Aussie legend Todd Woodbridge once refused him a wild card at his home Grand Slam after a string of misdemeanours including shouting at officials about the state of a court and refusing to shake hands with an umpire.

‘I never get angry off the court, people say I am like two different personalities. I still get feisty during some matches now but I used to do it all the time. It’s a place where I let all my tension out.

‘I had talent but my form was up and down. I’d play well in the Australian summer and people would think I was great, then I’d play in Europe and do awful. I was a hothead, talented but inconsistent. Kyrgios is far more high profile than I was but I can see similarities.

‘He’s got to raise his bad days so he can get through the couple of rounds even when he’s not playing at his best. With his talent, he can hit his best form in the third or fourth round, beat anyone and win a tournament.

‘It’s just a case of getting to those latter stages. Do it gradually, make sure the bad days aren’t disasters. That is how he gets into the top 20, top 10.’ 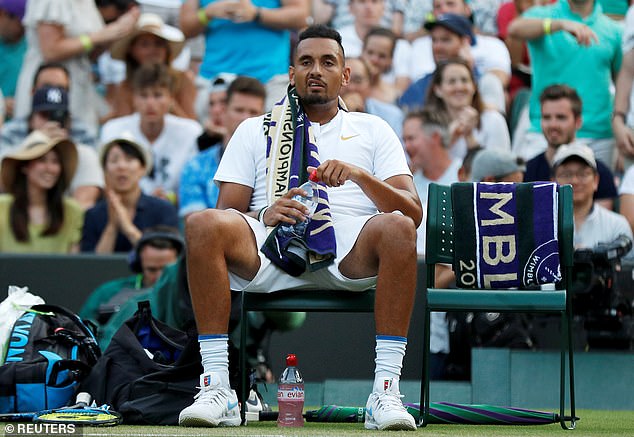 Klein is ranked No 355 in the world now and will decide at the end of the year whether to retire from the circuit and take up a more stable job either coaching or working for a federation.

‘I have always put heart and soul on the court,’ he says. ‘I will always try my hardest and try and make it a fight and enjoy the matches. I put all my energy in.

‘Like Andy Murray, people will hear me shouting stuff at myself, but that’s good for me to let it out. You shout out you’re playing stupid, but internally you’re telling yourself you’re not that bad.

‘Where the emotion doesn’t work is if you start shouting at the umpire or the state of the court. That’s like looking for an excuse and it’s when my level drops.’

Kyrgios is wealthy enough to see any shrink in the world. But his best move might be to sit down with Klein – someone finally appreciating his tennis career and realising he didn’t make the most of his talent at the time.