A plume of smoke could be seen for miles above Paramos

A woman has died and at least 26 people have been injured in an explosion at an illegal fireworks factory in Spain.

Explosions rocked the small town of Paramos where ten houses were destroyed shooting a giant plume of smoke into the air on Wednesday.

Seven children are among the casualties after the blasts at around 4.25pm.

Paramos, around three miles from neighbouring Baldrans, is currently at the centre of a huge emergency services operation.

Conflicting reports are still emerging from the area where a further three fatalities are yet to be confirmed.

Earlier reports four people may have beenkilled appeared to be ruled out by officials but Spanish media reports have said otherwise.

The owner of the factory has been arrested and taken into police custody.

His factory had been closed by a court order and the Spaniard had reportedly ordered the moving of stock from the warehouse to a private house when the blast went off.

Alfonso Rueda, vice-president of the regional Xunta de Galicia government, said no-one was missing and said none of those hurt had suffered life-threatening injuries. 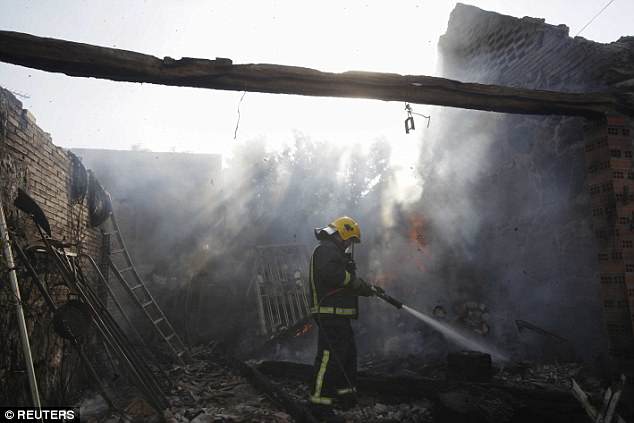 Spanish PM Mariano Rajoy, a native Galician who grew up in the province of Pontevedra where the explosion took place, said his government was ready to offer any help the regional government needed.

One local told local paper La Voz de Galicia: ‘I was sitting in the living room and the first explosion threw me against the TV.

‘I was left shaken but went to help my young daughter who was in the kitchen.

‘There were two more explosions and we went out to help neighbours. I saw two houses which were completely destroyed.’

The owner of the factory has been arrested.

He was identified locally only as Francisco R, his first name and the first initial of his surname. The firm was named as La Gallega, which means ‘The Galician One’ in English. 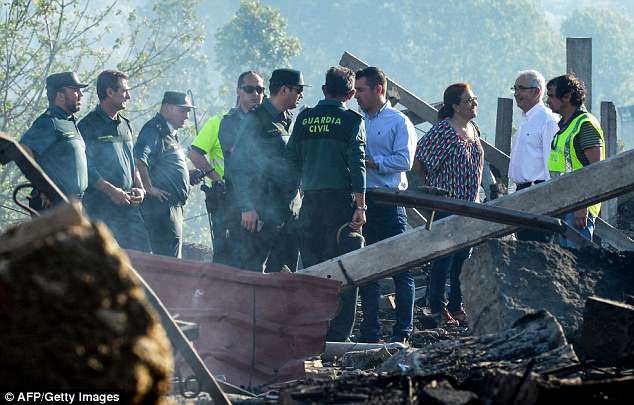 Officials have confirmed there are no missing people. One person has died and at least 26 others were injured in the blast 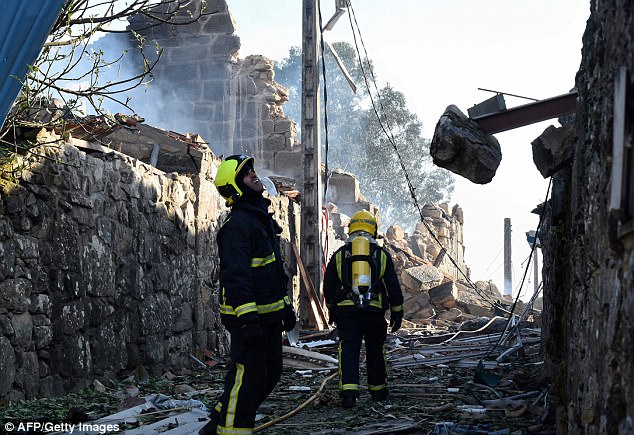 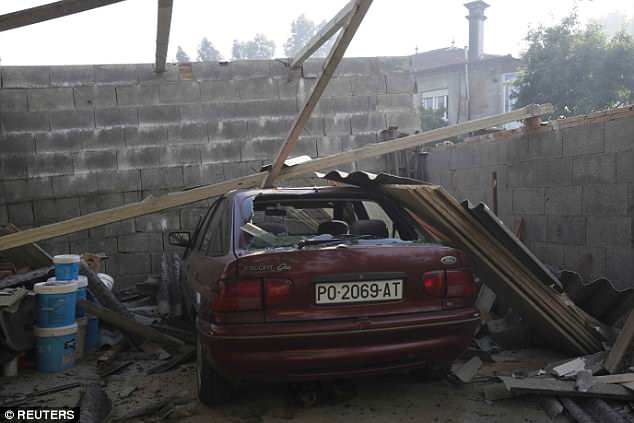 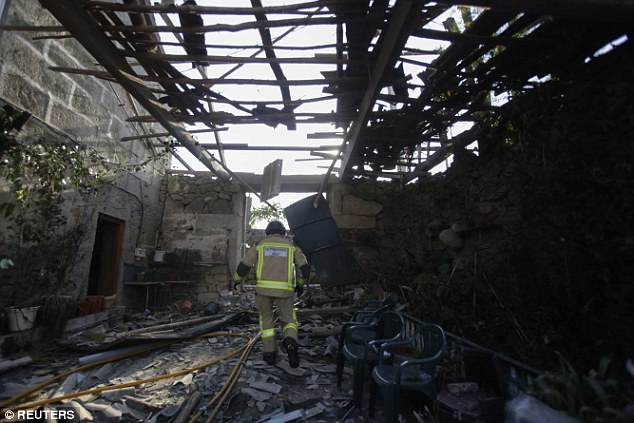 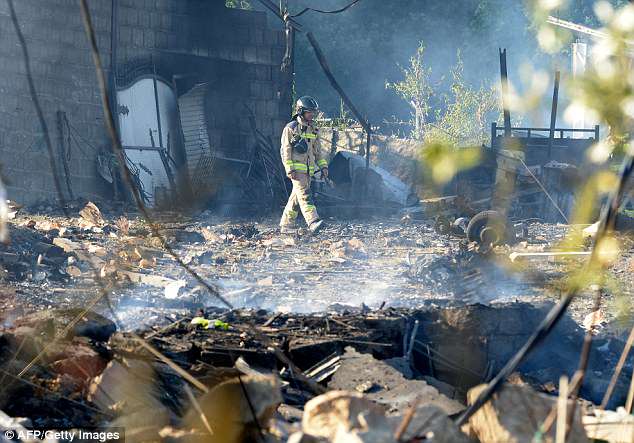 The ex-mayor of Tui Enrique Cabaleiro said it was believed the owner of the firm had decided to transfer part of his stock to a private house in Paramos where the explosion occurred and store it illegally after his company’s licenced premises were closed by court order.

Ten houses are said to have been destroyed in the explosion.

The woman officials have confirmed as dead has not been identified so far.

Although officials at first appeared to rule out the possibility more people may have been killed after initial reports four people could have died, the president of the regional Xunta de Galicia government confirmed last night police were looking for more people among the rubble of houses that had been destroyed.

Alberto Nunez Feijoo said: “The great uncertainty at the moment is whether there are more victims.”