Boycie says Peckham is too posh: Only Fools and Horses star John Challis hits out at the gentrification of the setting for the BBC sitcom saying it is now ‘tarted up’ and no longer affordable

The Only Fools and Horses star John Challis has slammed the gentrification of Peckham and called for new laws to stop people being priced out of previously affordable areas.

The actor, 78, described how the south east London neighbourhood where the hit sitcom was based was now full of ‘tarted up’ buildings and criticised how houses were now being sold for ‘extraordinary prices’.

Challis, who became a household name playing the brash cigar-smoking car dealer Boycie in the BBC hit comedy, has now called on laws to be set in place to allow for more affordable housing.

Peckham became a familiar sight to viewers of the show, with its huge grey tower blocks and the fictional Nelson Mandela House where the characters Del Boy and Rodney lived.

Actor John Challis, who played the car dealer Boycie in Only Fools and Horses, has slammed the gentrification of Peckham

But after an influx of middle class families to the area in the last two decades, house prices have now shot up to an average of £485,000.

The district has been gentrified since the early 1980s when Only Fools started filming there and is now flooded with trendy bars and restaurants.

Challis said originally the area ‘wasn’t particularly pretty’ but revealed how he discovered a completely different Peckham with ‘tarted up’ buildings when he recently visited.

Speaking in the Big Issue, Challis said: ‘We started off filming in Peckham and it wasn’t particularly pretty.

‘I’ve been back a couple of times to open things or make a personal appearance and there was a lot more buzz about the place.

‘As is happening to a lot to London, so-called gentrification is going, people tarting up buildings and trying to sell them for extraordinary prices that nobody can afford.’ 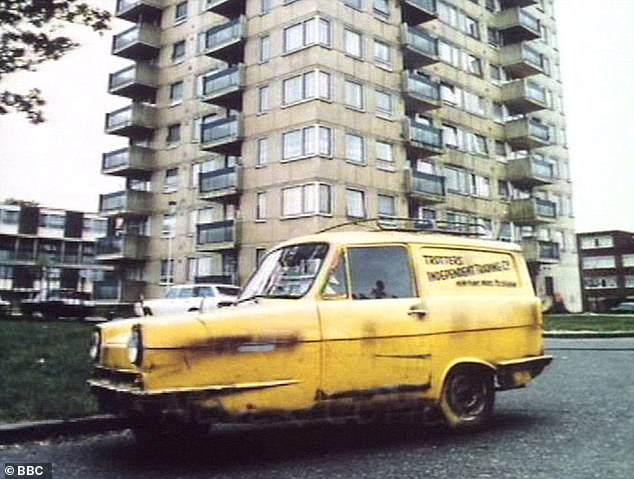 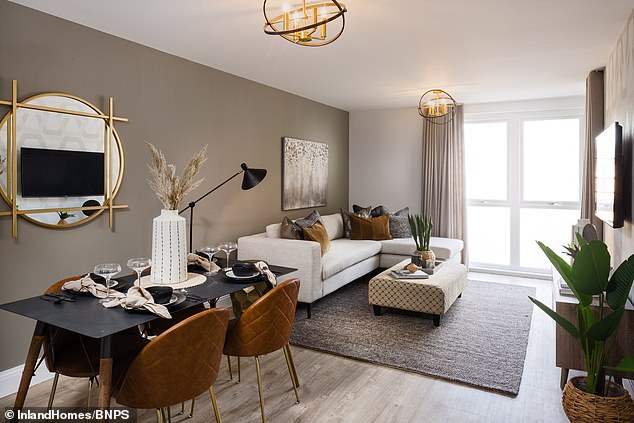 The actor described how the neighbourhood was now filled with properties that were being sold for ‘extraordinary prices’. Pictured: A flat where Only Fools and Horses was filmed is converted into luxury apartments

Warning of the dangers of gentrification he added: ‘I think that’s happening all over the place, unfortunately.

‘Presumably you have to stop it with some legislation and say ‘no, you can’t put those rents up, there must be affordable housing or people’.

Created by writer John Sullivan, the original Only Fools And Horses was launched in 1981 and slowly built into a television juggernaut. One of its Christmas episodes drew more than 24.35 million viewers.

In 2019, Sir David Jason, who played Del Boy, said he would be reprising his role one last time.

Speaking about the upcoming project he told The Daily Star: ‘I am looking forward to having the opportunity to meeting so many Only Fools fans. It’s going to be cushty.’