The biggest box office hits of 2019 include blockbusters such as Captain Marvel and John Wick 3, but according to critics the best films of this year area little more obscure.

Insider has revealed the nine movies that have received a perfect score from critics on Rotten Tomatoes this year so far.

Launched in California in 1988, the site collates reviews from professional critics to calculate a score on the ‘Tomatometer’, while viewers can also leave their ratings,  which make up the ‘audience score’.

This year, only nine films scored 100 per cent on the Tomatometer, and they seem to reflect a rather ‘woke’ taste among critics, with a documentary about the first Aids ward and a drama about a Mexican chambermaid dreaming of a better life.

Read on to find out which nine films received a 100 per cent rating, and if any of your favourites feature.

THEY SHALL NOT GROW OLD

Nine of this year’s films have been given a perfect score from critics on Rotten Tomatoes, including They Shall Not Grow Old (pictured)

Raking in over $20,000,000 (£15,523,100) worldwide at box office, They Shall Not Grow Old is an impressive documentary exploring life on the front-life for British troops in the First World War.

The history film showcases unseen footage from The Imperial War Museum and the BBC that has been studied by lip reading experts to bring to life the fear of battling in Belgium.

Impressing 138 critics, They Shall Not Grow Old also has a high score among general audiences. It was nominated for the category of Best Documentary at this year’s BAFTA Awards and a number of other global ceremonies that offer recognition to cinema.

Ben Kenigsberg of The New York Times said: ‘Peter Jackson has taken a mass of World War I archival clips from Britain’s Imperial War Museum and fashioned it into a brisk, absorbing and moving experience.’

Critics’ consensus: ‘An impressive technical achievement with a walloping emotional impact, They Shall Not Grow Old pays brilliant cinematic tribute to the sacrifice of a generation.’

KNOCK DOWN THE HOUSE

Among the best movies of the year, Netflix’s Knock Down The House followed four Democrat women running for Congress in the 2018 elections – Alexandria Ocasio-Cortez, Amy Vilela, Cori Bush, and Paul Jean Swearengin.

Sparking conversations about leadership, the production received a stream of awards including two from the prestigious Sundance Film Festival.

Despite audiences rating the film just 17 per cent, it received a perfect score based on the opinion of 87 critics.

Critics’ consensus: ‘A galvanizing glimpse behind the scenes of a pivotal election, Knock Down The House should prove engrossing for viewers of all political persuasions.’ 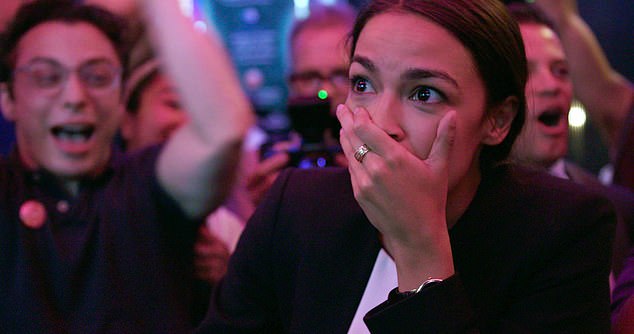 Known Down The House (pictured) details the 2018 US congress elections, and managed to achieve international recognition including two awards at the Sundance Film Festival

ONE CUT OF THE DEAD (KAMERA O TOMERU NA!)

Despite its low budget and cast of little known stars, the sequel to One Cut Of The Dead has impressed many.

The Japanese film directed by Shin’ichirô Ueda, tells the story of a film crew shooting a zombie movie who are attacked by real unearthly creatures during production.

A short comedy, horror,  with a running time of less than two hours – One Cut Of The Dead has received a perfect score based on the opinions of 73 Rotten Tomatoes critics.

Critics’ consensus: ‘Brainy and bloody in equal measure, One Cut of the Dead reanimates the moribund zombie genre with a refreshing blend of formal daring and clever satire.’ 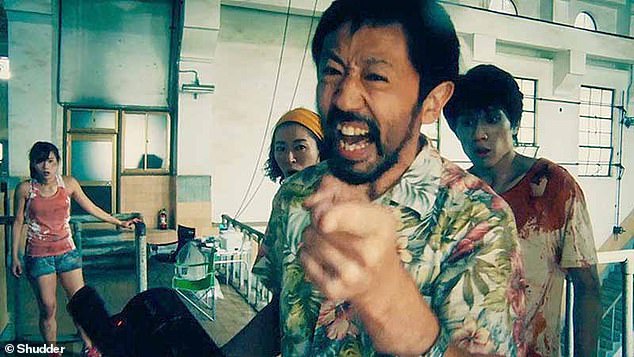 The sequel to One Cut Of The Dead (pictured) follows a film crew making a horror film, as they’re attacked by zombies

A drama focused on the life of Eve (Gabriela Cartol) who works at a luxurious hotel in Mexico City and dreams of a better life, The Chambermaid ranked in $164,531 (£127,701) worldwide.

Eve is hoping for a promotion to working on the 42nd floor where the executive suites are, which would give her more pay and perks, and also gets up early every morning to attend adult education classes.

Released in the UK in July following success at other cinemas in Europe, the film scored just 63 per cent among general audience.

Director Lila Aviles, worked as an actress before writing the critically-acclaimed movie, which has won nine awards globally.

Critics’ consensus: ‘The Chambermaid uses one woman’s experiences to take audiences inside a life — and a culture — that’s as bracingly unique as it is hauntingly relatable.’ 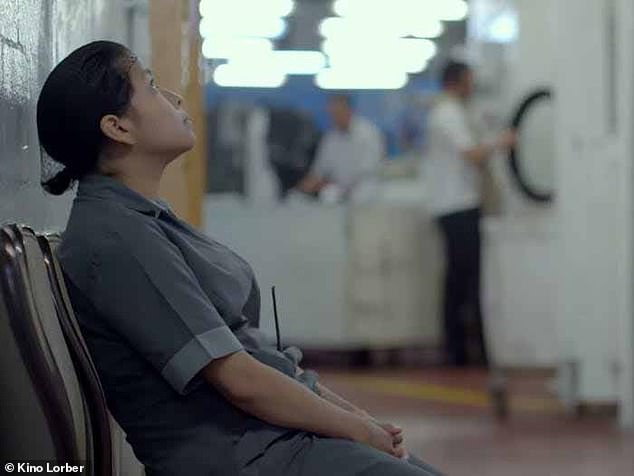 Chained For Life explores the perception of disabilities as an actress struggles to connect with her disfigured co-star.

The British drama received five awards worldwide as well as seven nominations. Although it has a perfect score from critics, just 64 per cent of audiences have praised the feature.

Aaron Schimberg directed and wrote the film, which stars Adam Pearson – who has neurofibromatosis, which causes tumours to grow on his face – alongside American actress Jess Weixler.

Critics’ consensus: ‘Darkly funny and impressively ambitious, Chained for Life is as unpredictable as it is original.’ 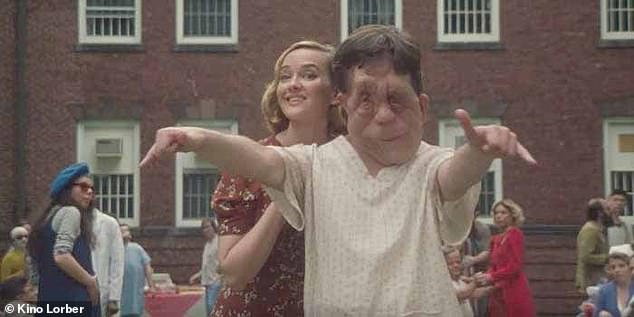 FIDDLER: A MIRACLE OF MIRACLES

A documentary about the enduring popularity of Fiddler on The Roof, Fiddler: A Miracle of Miracles has a perfect score from critics as well as a 98 per cent from audiences.

It combines gossip from backstage with comment from famous fans, including Lin-Manuel Miranda, as well as the origins of the original Broadway musical in 1960s New York.

Rotten Tomatoes critic Kenneth Turan, of the Los Angeles Times said: This engaging and enlightening documentary is stuffed with anecdotes, history and information. It makes excellent use of both new interviews and carefully selected archival footage to reveal the building blocks of all this accomplishment.’ 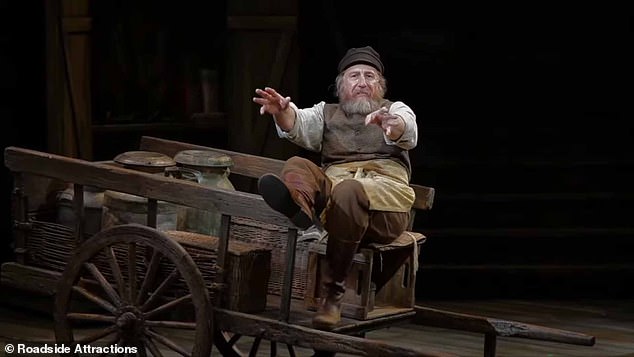 Fiddler: A Miracle of Miracles (pictured) explores classic musical, Fiddler on The Roof and its 1960 US roots

Everyday heroes are celebrated in 5B, which follows the lives of caregivers on the first AIDS ward unit in the United States.

In addition to receiving a perfect score, general audiences have given it a 97 per cent rating as they describe it as a ‘moving package’. 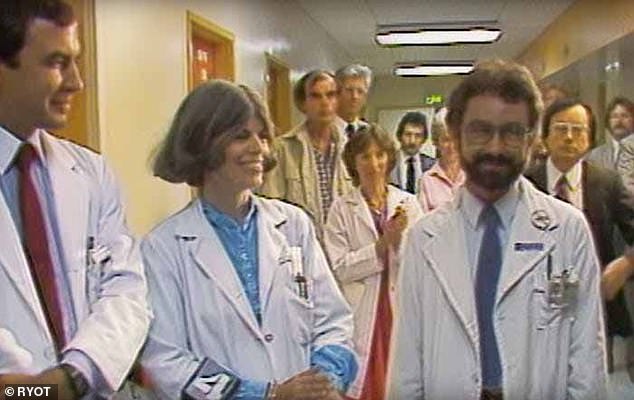 5B (pictured) reflects on a key moment in US history, as it follows medics, patients and volunteers on the first AIDS ward in the nation

Hugely popular Fantastic Fungi, has a perfect score from critics and general audiences.

Directed by Louie Schwartzberg and narrated by Brie Larson, this documentary examines the beauty of the fungi kingdom, as well as how it can help with medical, therapeutic, and environmental challenges. 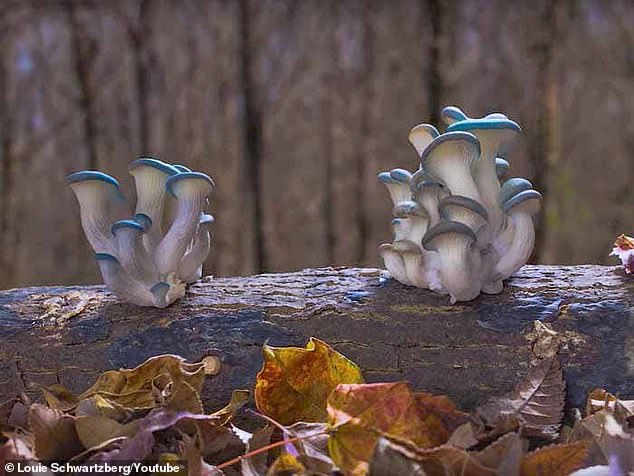 Directed by Joshua Riehl, the sports film has received a 99 per cent rating from audiences in addition to its perfect score from critics. 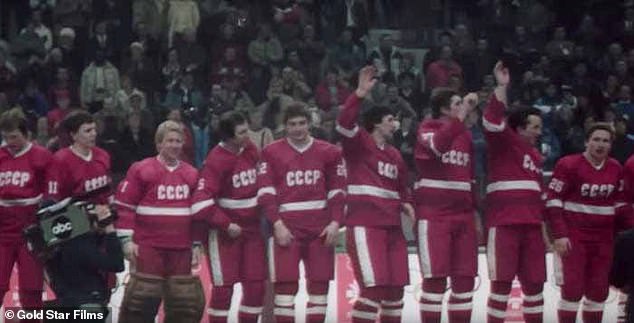