Abrams’ campaign confirmed that the billionaire media mogul will appear with Abrams, who is vying to become the country’s first black female governor. The Atlanta Voice and BuzzFeed News first reported Winfrey’s plans.

Winfrey is part of a caravan of high-profile figures marking the final days of Abrams’ tight race with Republican Brian Kemp.

Former President Barack Obama will campaign Friday for Abrams, and President Donald Trump is slated to be in Georgia on Sunday. 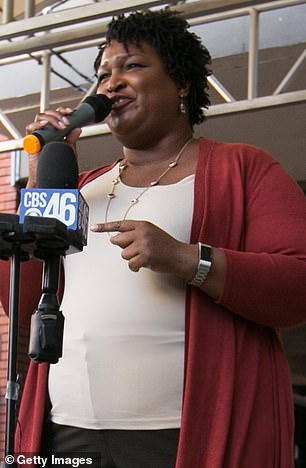 Ultimate celebrity backing: Oprah Winfrey is to appear with Stacey Abrams and knock doors for her campaign in Georgia, where she is the Democratic candidate for governor 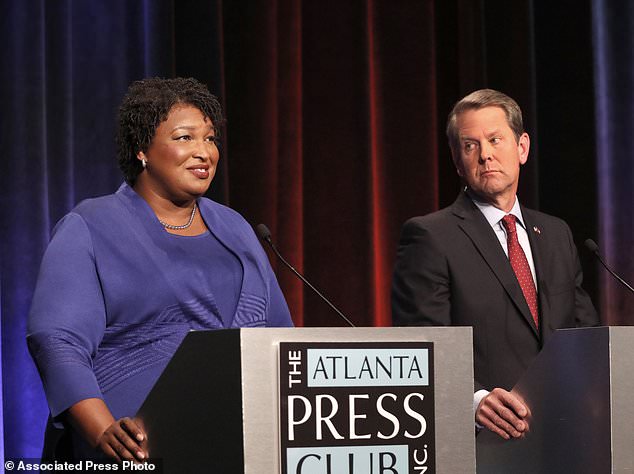 Tight race: Stacey Abrams is locked in a closely-fought battle with Republican opponent and Georgia Secretary of State – Brian Kemp. If she wins she would be the nation’s first black female govenor

Oprah will knock on doors, host two town halls – one in Marietta, and one in Decatur – and has formally endorsed Abrams.

Abrams told the Atlanta Voice: ‘Oprah Winfrey has inspired so many of us though the years with her unparalleled ability to form real connections and strengthen the bonds of family and community.’

I am honored to have Oprah join me for uplifting and honest conversations with voters about the clear choice before us in this election and the boundless potential of Georgians.’

The last time Oprah made such an endorsement was for Obama when he was running for president.