It’s a trendy app providing educational videos on subjects ranging from the female orgasm to the idea that reality might be a computer ‘simulation’.

But now it has emerged that one of its directors was new BBC boss Tim Davie.

His involvement with the Up­time app – an ‘unpaid’ role but one that entitled him to share options – has raised eyebrows given the apparent demands of his previous job as chief executive of BBC Studios, the broadcaster’s commercial arm.

The app offers ‘curated video playlists’ with ‘leading experts’ giving users ‘the tools you need to build a stronger self, better relationships and a better world’.

Its subjects include the female orgasm and meditation. One playlist explores why ‘orgasms matter’ and features a video on the ‘evolution of orgasms’.

Another set of videos asks ‘Do we live in a simulation?’, with one speculating whether it is ‘possible that we’re the equivalent of a video game to someone else’.

Tim Davie became a director of Uptime App Limited last November, he has been transparent with the BBC about his involvement

It considered the idea that ‘our reality is merely a simulation’.

More mainstream topics include ‘How to launch your business during Covid-19’ and ‘Understanding art movements and styles’.

There is also a video with Professor Brian Cox, who presents shows for the BBC.

As well as curating content from other producers, the app features ‘Uptime Original’ videos.

He has been transparent about his involvement with the app, listing it on his BBC declaration of personal interests in which he says the role is ‘unpaid but options received’.

He is set to quit the position as he takes up the top BBC job. His involvement with Uptime, which was launched to the public at  the end of April, is thought to come from personal relationships with some of those who set it up.

Two of Uptime’s founders are entrepreneurs Jamie True and Jack Bekhor. Another is Patrick Walker, a former Facebook and YouTube ex­ecu­tive and ex-BBC journalist.

It has also emerged that Mr Davie was director of a previous company involving Mr True and Mr Bekhor, called Work Angel Technology.

The BBC executive was a director there between July 2014 and March 2016. The company became part of LifeWorks, an employee wellbeing business, in 2016.

It was acquired by another firm in July 2018. While he had left his role at Work Angel Technology in March 2016, Mr Davie appeared in a February 2018 YouTube video promoting LifeWorks in his capacity as boss of BBC Worldwide. 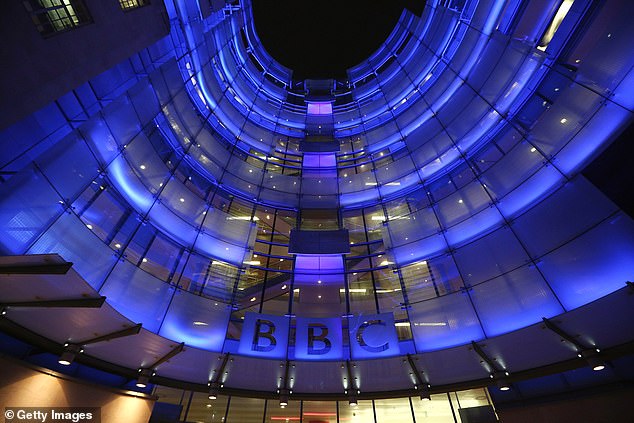 The BBC revealed that Mr Davie will step down from his director role at Uptime as he becomes director general of the broadcaster and have no involvement with the company.

It is also understood he will give up the right to any options when he becomes director-general.

The BBC said: ‘There is no issue with the directorship but it is not one he will continue with.’

Mr Davie’s involvement with Work Angel was also fully declared to the BBC with no issue, it is understood.

A key part of Mr Davie’s plans as the new director-general will be to push for a less metropolitan BBC and to toughen up on impartiality at the broadcaster.

The BBC has already pledged to make more shows targeting viewers in the North and the Midlands and it is thought that Mr Davie will build on that.