Orphée review: The most desirable instalment is well sung by a strong cast

Orphée is the last of the four Orpheus operas that English National Opera has presented at the Coliseum this autumn. And, as I predicted, the most desirable. ENO has built up quite a following for its Philip Glass productions.

And it was good to see the first night well attended by Glass enthusiasts rather than the usual ENO celebrity crowd paying for their free tickets and champagne by applauding inanely whatever nonsense is put in front of them.

This opera, composed in 1993, utilises the script of Jean Cocteau’s 1950 film. Anyone unfamiliar with that (like me!) is condemned to a tricky time understanding what’s going on.

Should you have to do homework to understand an opera? No, but here you do. 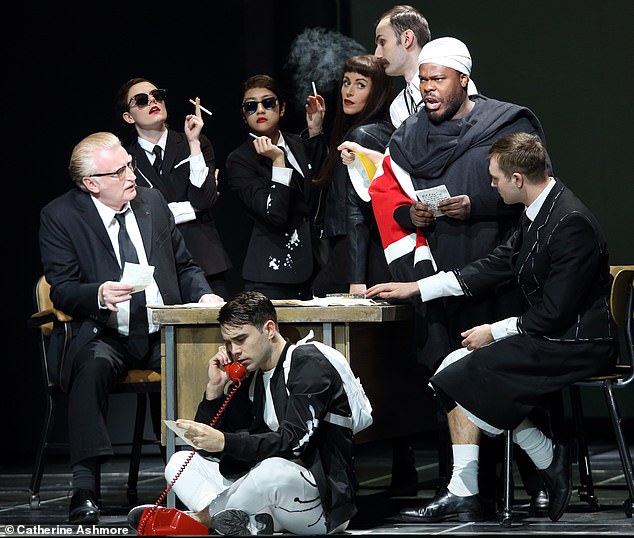 However elusive the meaning of much of Orphée is, it’s well sung by a strong cast, led by Jennifer France’s Princess and Nicky Spence’s sinister chauffeur Heurtebise

However elusive the meaning of much of Orphée is, it’s well sung by a strong cast, led by Jennifer France’s Princess, the angel of death; Nicky Spence’s sinister chauffeur Heurtebise; and Nicholas Lester’s athletic Orphée.

Presiding over it all with aplomb, Geoffrey Paterson is a conductor I look forward to encountering again. But what makes this show compelling is the direction, and especially the designs of Netia Jones, who is also a video artist of real accomplishment.

Her complex, easy-on-the-eye sets, with their various shades of black and white, brilliantly convey the atmosphere of an old film, from which classic scenes play in the background, complete with atmospherically ghostly flickerings.

Phillip Glass’s opera The Perfect American, based on a book, imagines Walt Disney in his later years as a power-hungry racist.

Glass’s music is less relentlessly repetitive than usual here. He tries to recreate Cocteau’s world with music consciously apeing stuff such as Darius Milhaud’s surreal ballet The Cow On The Roof.

This Orpheus series has been gratuitously erratic. The Birtwistle was bound to be a massive box-office flop, and it was. But the Offenbach needn’t have been; its failure was occasioned, not by Offenbach’s impoverishment of imagination but the director’s disastrous rewriting of the libretto.

Similarly, Gluck’s Orpheus And Eurydice was marred by being turned into a ballet, and employing Berlioz’s reworking of the score a century on from Gluck’s masterpiece.

One hopes the newly appointed artistic director Annilese Miskimmon will iron out some of these unforced errors. But I’m not holding my breath.

Alison Balsom has got it all: great trumpeter, great personality, great looks, and married to another great of the British arts scene, Sam Mendes.

And there’s something pleasingly triumphalist about her new album, where she not only plays with great verve and energy, but also directs the Balsom Ensemble. What’s the point of doing Handel’s Music For The Royal Fireworks in a scrawny, half-apologetic way, like some original-instrument bands?

It’s got to be triumphant, and it is here, with bright, in-your-face sound. 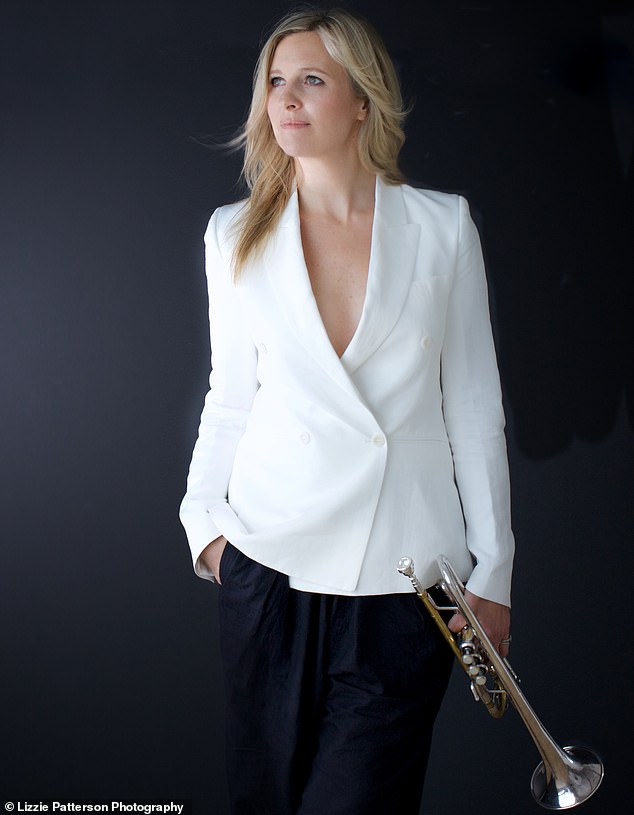 Alison Balsom (above) has got it all: great trumpeter, great personality, great looks, and married to another great of the British arts scene, Sam Mendes

There’s some stuff to annoy purists, such as the orchestral suite drawn from Bach’s Christmas Oratorio. But so what? It sounds good, and Bach himself, the ultimate pragmatist (who could turn a tune about a serpent gliding along into one of his most deeply felt religious melodies) would surely have approved.

Stir in some Purcell, including Queen Mary’s funeral music, played straight, complete with choir not in an arrangement, and you’ve got the perfect gift for a loved one this Christmas.

Performances of this kind have in recent times tended to be taken over by original-instrument, vegetarian types. Balsom presents it all as the reddest of red meat. Good on her.