The Academy of Motion Picture Arts and Sciences, which organizes the Oscars, said on Wednesday that it would hold an emergency meeting on Saturday to discuss allegations against producer Harvey Weinstein.

The Academy will hold a hearing to decide whether or not he should be removed from the organization after allegations that Weinstein raped, sexually harassed or assaulted more than 30 women over the past three decades.

‘The Academy finds the conduct described in the allegations against Harvey Weinstein to be repugnant, abhorrent, and antithetical to the high standards of the Academy and the creative community it represents,’ the Academy said in a statement.

‘The Board of Governors will be holding a special meeting on Saturday, October 14, to discuss the allegations against Weinstein and any actions warranted by the Academy.’

The Academy has awarded 81 Oscars to Weinstein films produced by Miramax and then the Weinstein Company.

It is believed that Weinstein will not be in attendance for the hearing, as he flew to Arizona to enter a sex addiction rehabilitation program on Wednesday night.

Weinstein, 65, has denied all charges, according to a statement from his spokeswoman Sallie Hofmeister.

Weinstein has denied having non-consensual sex with anyone.

Earlier on Wednesday, Weinstein was suspended from the British film academy BAFTA.

‘In light of recent very serious allegations, BAFTA has informed Harvey Weinstein that his membership has been suspended, effective immediately,’ the academy said in a statement.

More than 30 women in Hollywood have accused Weinstein of rape, sexual harassment or assault. 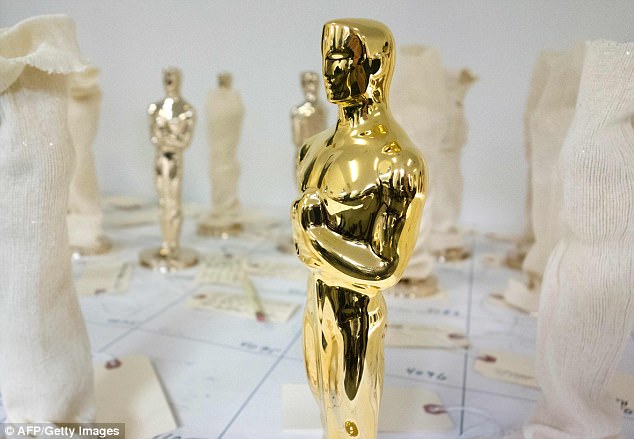 The movie mogul’s company, The Weinstein Company, has insisted it knew nothing of producer’s alleged misconduct.

But the New York Times reported Wednesday night that it was in fact aware as far back as 2015 of settlements paid to three or four women.

The Times quoted a lawyer, David Boies, who represented Weinstein when his contract was up for renewal in 2015.

The Times also said that last week Weinstein sent members of the company board an email saying they knew about those payoffs.

The paper quoted what it called people who spoke on condition of anonymity about the confidential communication.

But a new angle to allegations emerged Tuesday when three women, including an Italian film star, claimed that Weinstein raped them.

The Weinstein Company board has sacked him, and his wife Georgina Chapman told celebrity magazine People she was leaving Weinstein, with whom she has two children.