Osher Günsberg’s wife appears to give away Bachelor winner

Osher Günsberg’s makeup artist wife appeared to have inadvertently given away The Bachelor winner ahead of Thursday’s grand finale.

Audrey Griffen marked ‘another wonderful year’ working on the show with an Instagram photo of just Brittany Hockley looking glamorous.

The choice to not feature a picture of fellow contestant Sophie Tieman, 25, could perhaps confirm Nick Cummins’ choice.

Did she just give away the winner? Osher Günsberg’s makeup artist wife Audrey Griffen [both pictured] marked ‘another wonderful year’ working on The Bachelor, with an Instagram photo of just frontrunner Brittany Hockley ahead of Thursday’s grand finale

In the photo, Brittany, who is said to win the series, sports a plunging white lace frock, and stares intently at the camera.

The 30-year-old’s striking facial features are enhanced with a subtle smoky eye and false lashes.

Marking her time on the show as a freelance makeup artist, Audrey wrote in the picture’s caption: ‘Another wonderful year working on the Bachelor as a freelancer.

‘Led by the darling Head Of Department @helendowsleylashes who directs the looks for each lady, and in conjunction with the talented team of makeup artists and the styling prowess of @kim_capital_l. Thanks for another great year!’ 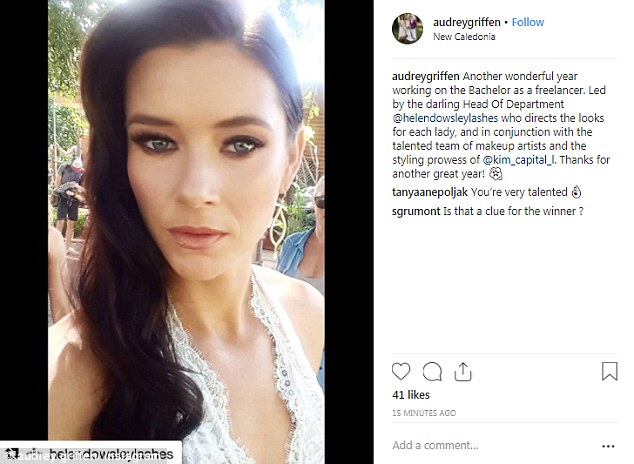 Is this proof? Brittany [pictured, 30], who is said to win the series, sports a plunging white lace frock, and stares intently at the camera. Audrey writes in the caption that it’s been ‘another wonderful year’

Osher met Audrey on the set of The Bachelor and the pair become engaged during a trip to Heron Island in January 2016.

The couple’s three-day wedding extravaganza in May of that year, saw 200 guests including the reality show’s Tim Robards and Anna Heinrich, and Sam Wood and Snezana Markoski.

Meanwhile, from the beginning of the current season, Brittany has been widely tipped to walk away the winner of The Bachelor.

Although Brittany ‘wins’ the show, it has been confirmed that she and Nick, 30, split after filming the season finale. 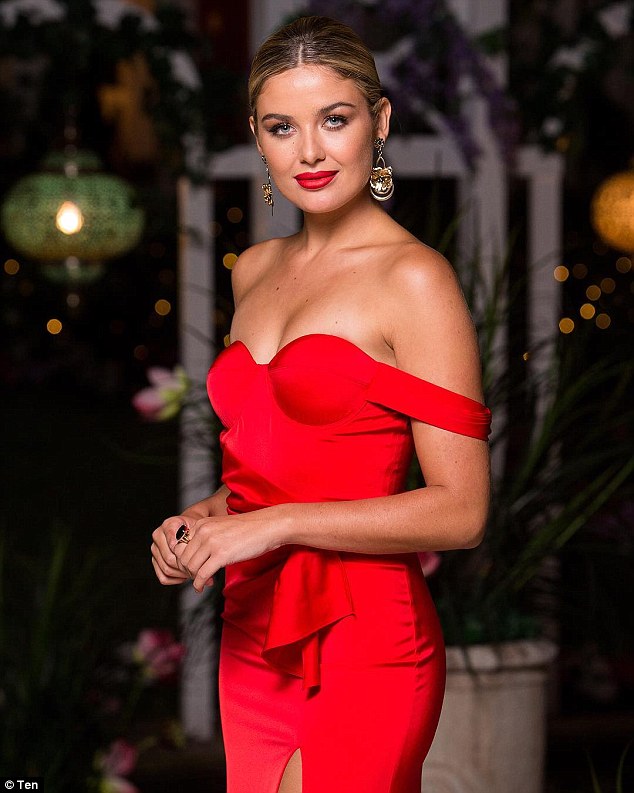 Reports have surfaced in recent days that Nick could be secretly dating fellow contestant Cassandra Wood, 24, who he sent home in tears on last Thursday’s episode.

Speaking to NW on Monday, a source claimed the former Wallaby ‘pulled a Blake Garvey’ and abruptly changed his mind after choosing Brittany in the finale.

‘The pressure was on for him to prove that Cass wasn’t planted on the show for him, and he made a rash decision [to send her home], but it wasn’t a decision that he sincerely wanted to make.’

The Bachelor finale airs on Network Ten on Thursday from 7.30pm 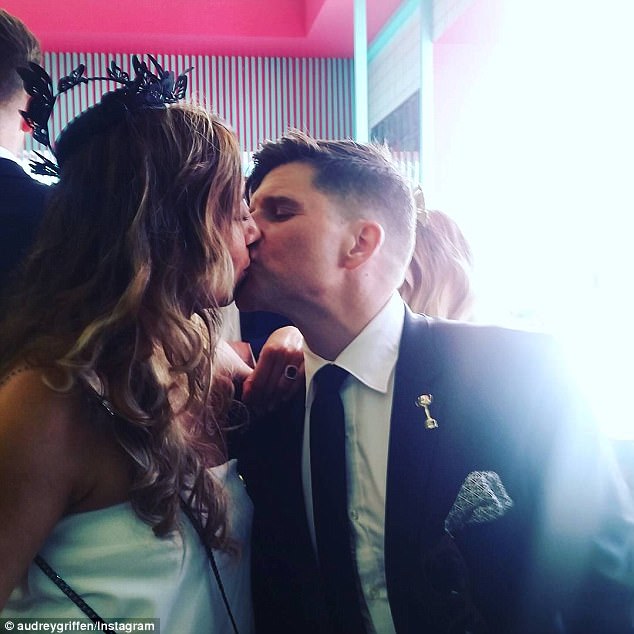 Nuptials: Osher met Audrey on the set of The Bachelor and the pair become engaged during a trip to Heron Island in January 2016. They wed in May of that year