By cruising from Scotland to Norway you can encounter two of the world’s most beautiful countries in one go.

A short, five-night Scottish Isles With A Taste Of Norway itinerary is tempting enough for even first-time cruisers to chance dipping their toes in the water – whether bracing or not.

Eager to explore the Orkney and Shetland Islands, we set sail last July from Rosyth, near Edinburgh, on board Fred, Olsen’s flagship Balmoral.

Mystery stones: During the Orkney Treasures coach excursion passengers visit The Ring of Brodgar on the Orkneys

Not many cruise ships are small enough to limbo stealthily under the three Forth Bridges. This gave guests an opportunity to marvel at the generations of engineering masterpieces as we silently willed Balmoral safe passage below.

The talcum-powder beaches and aquamarine shallows we glimpsed the next morning could easily have been mistaken for idyllic Caribbean shores – were it not for the seaside breezes and bagpipes welcoming 1,300 passengers to Orkney.

Skara Brae is the best-preserved Neolithic settlement in Western Europe and must have weathered many a storm in its 5,000-year history, yet it wasn’t until 1850 that gales whipped the sand from the dunes to unearth the ‘Pompeii of Scotland’.

Peering down through open-air roofs at clearly recognisable living quarters with stone furniture and hearths, it was thrilling to think the site dates back to before Egyptian pyramids were even a twinkle in pharaohs’ eyes. 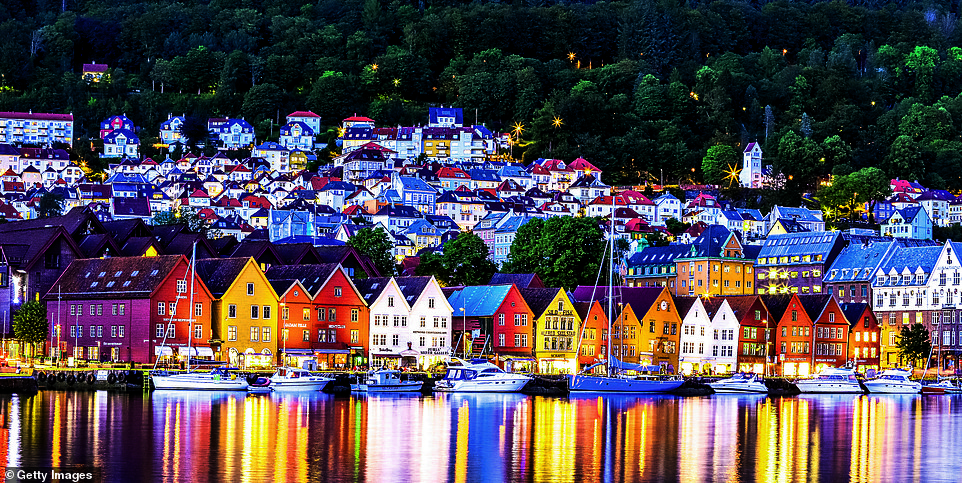 No wonder there is a saying here that if you stick a spade in the ground, you’re likely to uncover an archaeological site.

On our Orkney Treasures coach excursion, we had time to walk around and wonder at the prehistoric Ring of Brodgar, too.

Like something out of Tolkien, the mystical slabs have stood defiantly among the windswept heather since the third millennium BC. The eternal mystery of why and how they came to be there remains resolutely unsolved.

Scottish summer nights are just as magical, when an average 19 hours of sunlight means it barely gets dark. As we sat down for dinner in the light-filled Spey Restaurant on board with its floor-to-ceiling panoramas, the Old Man of Hoy was suddenly ahoy, as clear as day.

As we drew closer, we joined fellow diners to drift out between courses to the open deck to stare in reverence and take photographs of Britain’s tallest sea stack teetering 450ft above the Atlantic Ocean.

The original arch with two ‘legs’ that resembled those of an old man has since been eroded to a single pillar. Now a large crack threatens to topple the surviving column into the sea.

With a little trepidation we slid into the waters around Lerwick the following day for our pre-booked Shetland Sea Kayaking Adventure.

It didn’t take long to spot what we had been hoping to find – curious seals bobbed up around us, eyes wide with surprise. 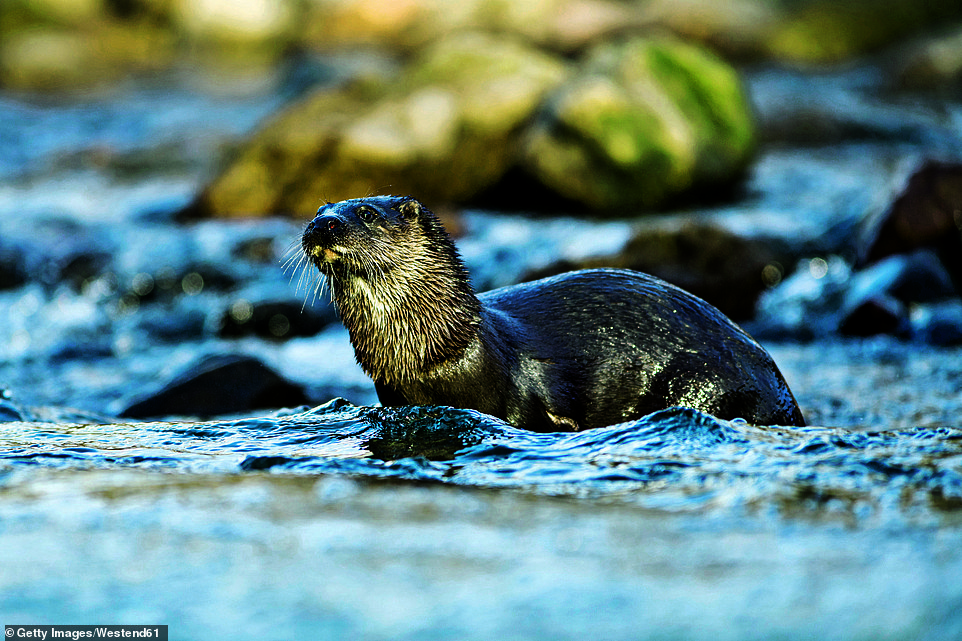 Sea kayaking in the Shetlands lets cruise passengers get up close and personal with elusive seals and otters, above

As the beginners in our guided group grew more confident, we paddled across the bay, the slight swell cradling our kayaks. We were richly rewarded for our efforts when first one otter then another startled us as much as themselves, popping up from among the seaweed-strewn rocks before shyly diving back below the mirror-glass surface.

Such a rare and elusive sight meant we were more than elated as we struck out for shore.

As Lerwick is an equidistant 200 nautical miles each from Aberdeen and Bergen, Shetland is almost halfway between mainland Scotland and Norway. Day three dawned with a cloudless sky as the ship serenely wove through the stunning Norwegian fjords.

It turned into a sweltering morning as we donned shorts and helmets for a guided cycling excursion, and it was hard to imagine that it rains for at least 230 days a year in Bergen.

Starting from Bryggen, the lively wharf filled with open-air restaurants and shops in ice-cream- coloured warehouses, our first stop at open-air museum Old Bergen was an easy ride along flat and leafy cycle lanes.

But it wasn’t all exploring ashore – there was time for a day at sea on our return leg. A heavenly massage in Atlantis Spa was followed by more relaxation on deck. And that lazy, hazy afternoon, we turned a shade of salmon-pink sunbathing by the pool.

Then it was a cocktail or two from the Marquee pool bar, live entertainment at Showtime and dancing till we couldn’t remember what time we went to bed.

It’s true, blue skies and calm waters weren’t a given on our Scotland to Norway foray. But when they unexpectedly chose to reveal themselves, they were as warmly welcomed as the otters, seals and historic gems.

Balmoral departs from Rosyth (Edinburgh) on 29th June 2020 for a 10-night Icelandic Wonders & Wildlife cruise. Prices start from £1,599 per person, based on two adults sharing (selected grades only) unless stated otherwise, and includes accommodation, all meals and entertainment on board, and port taxes. For more information visit fredolsencruises.com.