While the Brexit vote in 2016 sent sterling plunging in value against the euro and dollar, there are still some great-value destinations where you’ll be quids in with your holiday pounds.

Here we reveal where on the map you’ll get the best bang for your buck, with South Africa, Argentina, Singapore and Turkey making the list.

Scroll down for some inspiration around breaks on a budget…

Awe-inspiring: Tourists at Iguazu Falls, one of the world’s great natural wonders, on the border of Brazil and Argentina

Kerching! According to travel money experts FairFX, holidaymakers exchanging £1,000 will get an extra £430 worth of pesos now than they would have in January last year. And although Argentine hotels mostly charge in dollars to negate this, visitors paying by credit card now receive VAT refunds. Low-cost airline Norwegian has also started direct services from Gatwick to Buenos Aires.

Places to visit: Don’t miss Buenos Aires, where tango, steaks, street art and football pulsatingly collide. Then there’s the wine-making region of Mendoza, the snow-capped Andes, Iguazu Falls – the world’s largest waterfall system – and a wild north-west, where gaucho ranches give way to cacti-lined canyons and colonial cities. In the south, the mind-boggling wilderness of Patagonia is a brilliant place for multi-day treks past turquoise lakes formed by giant glaciers. 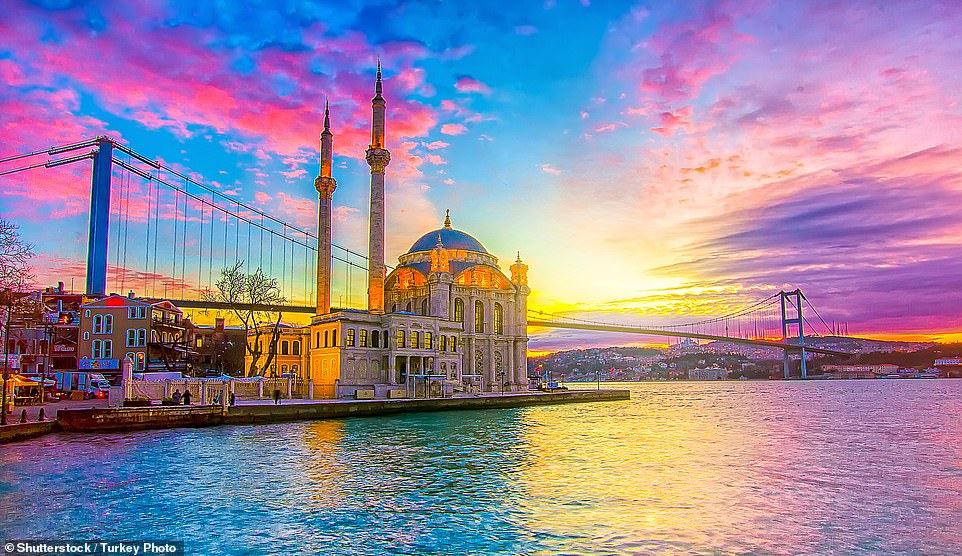 Kerching! Sterling looks positively vibrant compared to the Turkish lira, which hit an all-time low against the pound last year. Figures on currency conversion site XE show that £100 currently buys you 700 lira, compared to 445 only 18 months ago – a rise in value of more than 150 per cent.

Places to visit: Fabulous Istanbul, with the Bosphorus Strait separating Europe and Asia, is an enchanting place of ornate mosques and madcap bazaars. Further east is Cappadocia and its ‘fairy chimney’ rock spikes, which are best seen from a hot-air balloon. But Turkey’s chief attraction is its sun-drenched Mediterranean coastline. There are plenty of well-run resorts, such as Kalkan, Fethiye, and Marmaris. 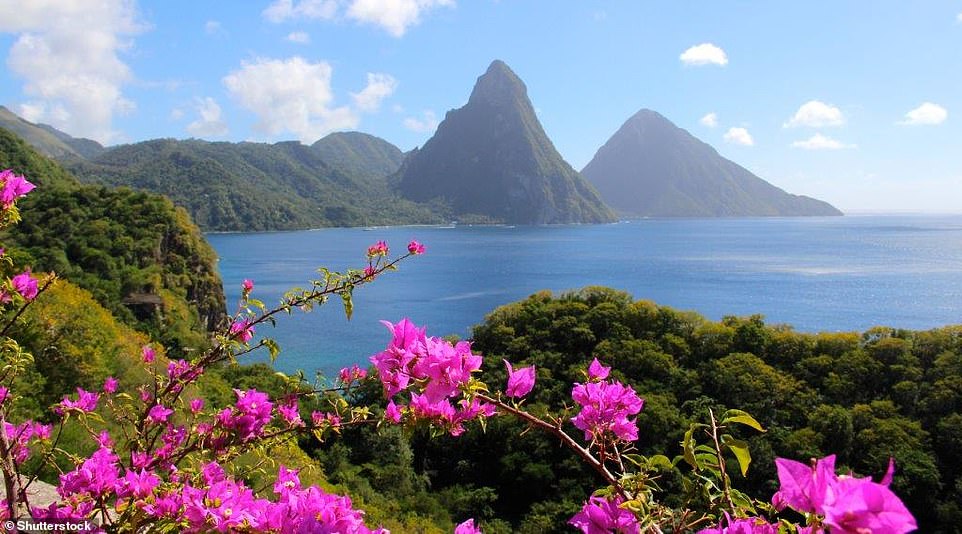 The Post Office’s annual holiday money report indicates that in-resort costs – evening meals, beers, sun cream and so forth – on the normally pricey Caribbean island of St Lucia have reduced by almost 20 per cent in the past year

Kerching! Using the polished main resort of Rodney Bay as its example, the Post Office’s annual holiday money report indicates that in-resort costs – evening meals, beers, sun cream and so forth – on the normally pricey Caribbean island have reduced by almost 20 per cent in the past year.

Places to visit in St Lucia: Rodney Bay and the capital Castries, home to pastel-coloured buildings. Head south-west and a different world emerges, one of bijou beach hotels, banana plantations, botanical gardens, and the charismatic former French trading post of Soufriere. Head inland for hiking trails that pass waterfalls and endangered parrots, and the island’s famous peaks known as The Pitons. 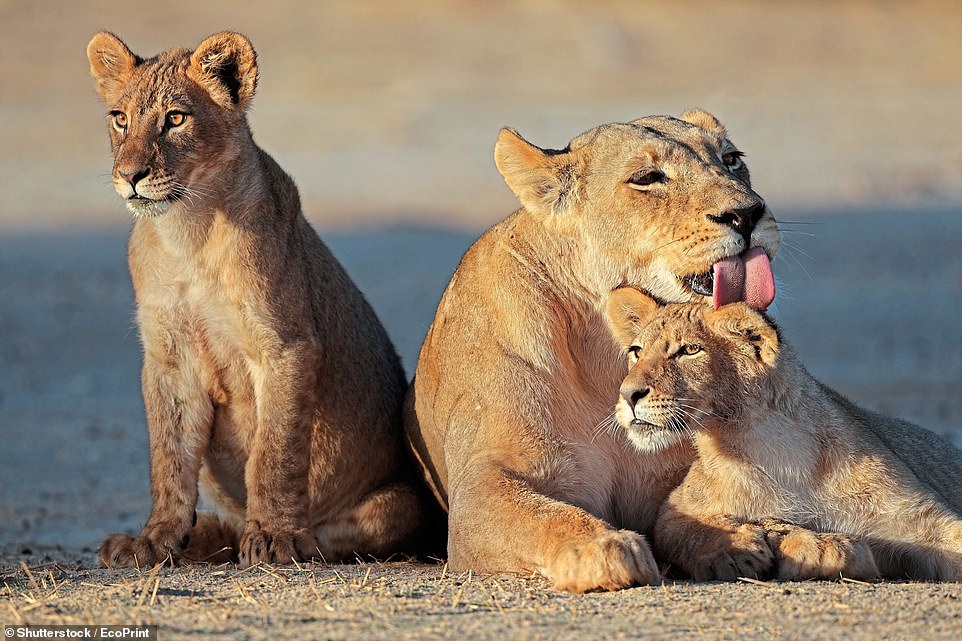 A lioness and her cub in the Kalahari Desert, which provides atmospheric emptiness, and the battlefields recall a key part of South Africa’s difficult history

Kerching! The Post Office holiday money report, released in January, declares that South Africa is still the best-value long-haul destination out of 34 considered. That’s chiefly due to the country’s struggling rand, which depreciated to a two-year low in 2018.

Places to visit: Cape Town is one of the world’s great cities, with world-class museums, superb food, Robben Island – where Nelson Mandela was imprisoned – and Table Mountain. Whale-watching trips are popular, as are trips to the Winelands and the beautiful Garden Route. Further afield, Kruger rivals any national park in Africa for ‘Big Five’ game sightings, while the Kalahari Desert provides atmospheric emptiness, and the battlefields recall a key part of South Africa’s difficult history. 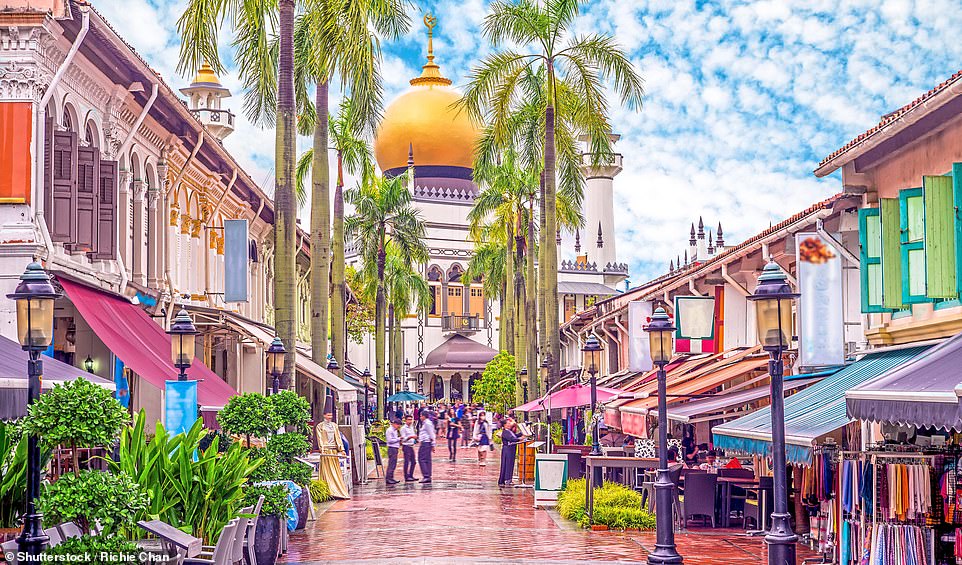 The super-clean streets of Singapore, where everyday holiday expenses are down 21.5 per cent – more than anywhere else in the world – according to the Post Office’s research

Kerching! Everyday holiday expenses in Singapore are down 21.5 per cent – more than anywhere else in the world – according to the Post Office’s research.

Places to visit: Singapore is so much more than a stopover airport. Head for the incense-infused lanes of the Little India district, or Chinatown and its temples. Go for the superb shopping, especially at glassy mall Marina Bay, or the Amazonian levels of greenery at the Gardens By The Bay, with its solar-powered ‘supertrees’, straight out of Avatar. Go for the island’s superb public transport and, most of all, go for the food, from Michelin-starred fine-dining restaurants to noodle stalls in hawker centres (food markets). 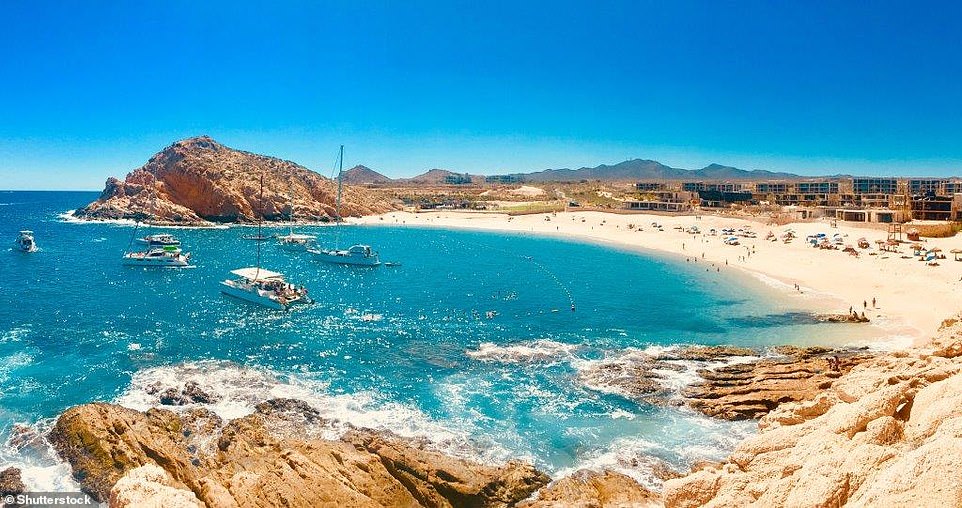 On Mexico’s Pacific coast, you’ll find mellow surf towns and, on the peninsula of Baja California, the trendy enclave of Los Cabos (pictured)

Kerching! The exchange rate for Mexican pesos tends to fluctuate wildly. The overall direction of travel currently is to our benefit, with 1,000 pesos currently worth almost £40 – that’s a ten per cent difference compared to 18 months ago.

Recommened place to visit: Focusing on the Caribbean-side Yucatan peninsula, Journey Latin America’s seven-night Value Mexico private tour packs in the cool city of Merida, haciendas, beaches and a guided tour of Chichen Itza, the greatest Mayan ruins of them all.