It’s not the first trick Ousmane Dembele would have wanted to pull at Barcelona – turn up as the most expensive player in the club’s history and just six months later have become something of a forgotten man.

But that has been the trajectory for Dembele – signed for an initial £96.8m (potentially rising to £135.5m) and yet barely mentioned in the build-up to the biggest game of Barcelona’s season so far.

Ernesto Valverde was questioned about Andre Gomes and Paulinho in his pre-match press conference on Monday and if the Barcelona coach ignores those two options and puts the 20-year-old French winger in from the start against Chelsea it will come as a major surprise.

Ousmane Dembele speaks to Luis Suarez as Barcelona trained at Stamford Bridge on Monday evening ahead of their Champions League last-16, first leg with Chelsea Dembele was a club record signing when he joined Barca for £96.8m last summer

Dembele’s dream move has been something of a nightmare so far. There is no questioning his talent. Real Madrid tried to sign him last summer before they realised that Barcelona were willing to break their transfer record to take him to Catalonia.

But things did not start well. The weeks of speculation about his imminent move to Spain wrecked his pre-season.

There was a mini-strike as he tried to force the German club’s hand in selling him. When he turned up on August 28 he looked mentally exhausted and perhaps also physically under-prepared.

It was heartbreaking for him, but not necessarily surprising, that he soon picked up an injury. At first it looked like a hamstring tear when he pulled up in a game against Getafe in September but there was tendon damage too and he had to miss three months.

He had played very little football in the Barcelona shirt – with just one assist for Luis Suarez to his name – and he was back on the sidelines. 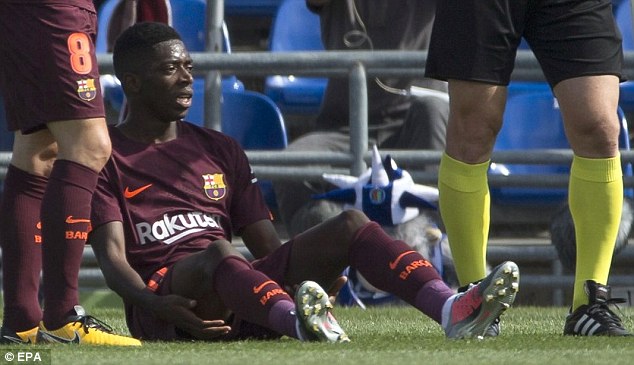 When he came back the anxiety still seemed to be there and he suffered a relapse with three more weeks out.

His second comeback has so far been injury-free but there was torment of a different sort when he came on as a substitute against Getafe and gave the ball away 13 times in 27 minutes – unforgiveable for any Barcelona player, especially one who cost so much.

There was one moment in that half-an-hour horror show last month when he had Lionel Messi in space on the edge of the area and instead of passing to the No 10 – the golden rule for any new recruit – he crossed to the far post where there was no Barcelona player in sight and the ball ran into touch. Messi turned and, head-down, headed back to the halfway line.

Despite all this the club still believe they made the right call signing Dembele. They had pursued him a year earlier before they knew they were losing Neymar.

His campaign at Dortmund last year only strengthened their resolve and now they have him they are not about to cut their losses with a quick sale. 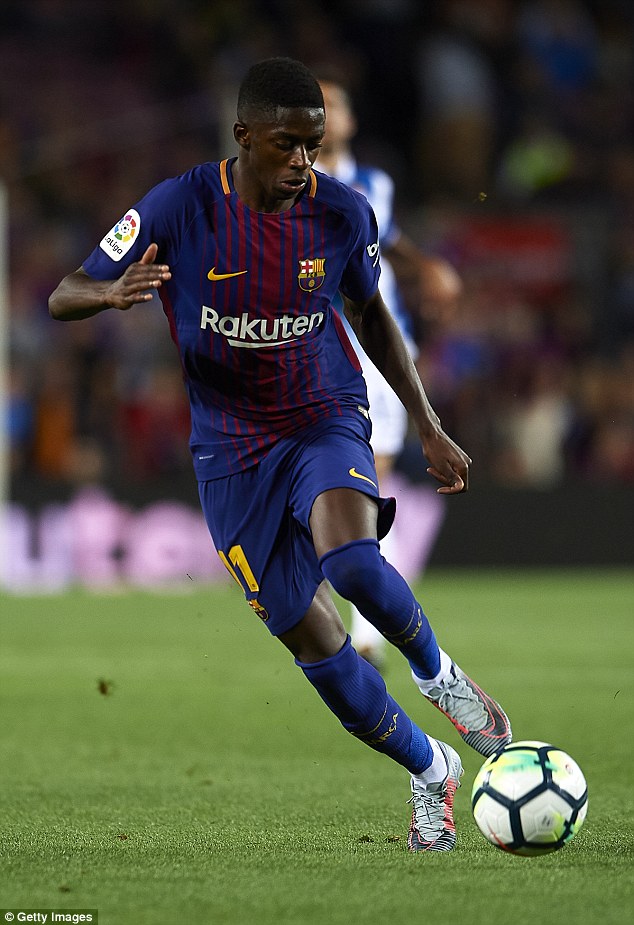 His French team-mate Antoine Griezmann is tipped to turn up in the summer. They want them playing together.

The club have done their best to look after him. While he was out with his first injury they knew there was a danger he would take refuge in his friends and lose his way slightly, binging on fast-food.

Alarm bells sounded when he requested a barbecue for his garden so they designated him a private chef to ensure his diet was as good as it would have been had he been eating every day at the Joan Gamper training ground – a well-balanced nutritive diet instead of junk food takeouts and the occasional barbecue garden party.

It was precaution more than pampering, he’s an extremely expensive asset after all.

Supporters knew back last summer that they were paying over the odds for him because Neymar’s fee had so distorted the market in favour of clubs selling to Barcelona. But this was still a player who could become one of the world’s best.

The pressure has also been eased on him because Barca have coped just fine without him. Valverde desperately wanted pace in the market last summer.

That is why when Barcelona realised they could only sign one of Dembele or Coutinho before the season started the made the French winger the priority. 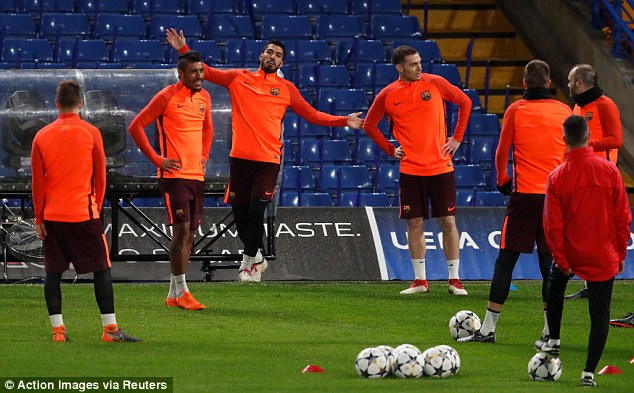 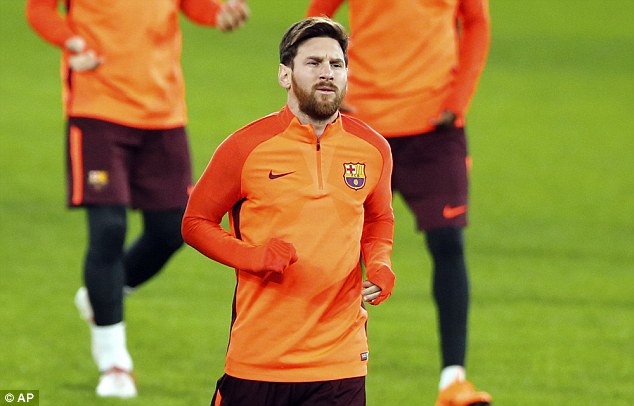 Lionel Messi on the turf at Stamford Bridge on the eve of the last-16, first leg fixture

They are unbeaten so far so despite the slow start made by their super-quick new recruit they don’t seem to be missing his legs just yet.

They will need them at some point this season however. Going into Tuesday evening’s game only Cesar Azpilicueta has played more minutes than Messi and Luis Suarez is not far behind in terms of football played. They need fleet-footed assistance.

Their moment of need could even come on Tuesday night. If, as expected, Dembele does not start he could be Barcelona’s secret second half weapon.

The fact that he is still something of a secret speaks volumes for how he has struggled.

But if space opens up in the second half tonight then – far from the pressures of the Camp Nou – he could begin paying back that huge fee with his first decisive performance of the season.