Ousted Australia Post CEO Christine Holgate deserves an apology from Scott Morrison over the way she was treated – and the company’s chairman should resign, report finds

Ousted Australia Post CEO Christine Holgate is owed an apology from Scott Morrison and the company’s chairman should resign, a senate committee report has found.

The former CEO was roasted for giving four executives luxury Cartier watches worth a combined $19,950 in October 2018 as a reward for securing a $66 million deal with three big banks.

On hearing about the reward last year, a furious Mr Morrison told Parliament the gifts were disgraceful and said: ‘She’s been instructed to stand aside and if she doesn’t do that, she can go.’

Ousted Australia Post CEO Christine Holgate (pictured) is owed an apology from Scott Morrison and the company’s chairman should resign, a senate committee report has found

Ms Holgate, who resigned in November, said she was treated ‘like a criminal’, ‘abandoned to a media firestorm’ and wrongfully ousted against her will, leaving her suicidal and needing insomnia medication.

A report into her departure by the Senate’s Environment and Communications References Committee said the prime minister should apologise.

‘The committee recommends that the Australia Post Board and Shareholder Ministers and the Prime Minister apologise to Ms Holgate for denying her the legal principles of procedural fairness and natural justice in her departure from Australia Post,’ it said.

The committee also demanded chairman Lucio di Bartolomeo resign over the fiasco and the board of the publicly owned company be packed with politicians to improve oversight. 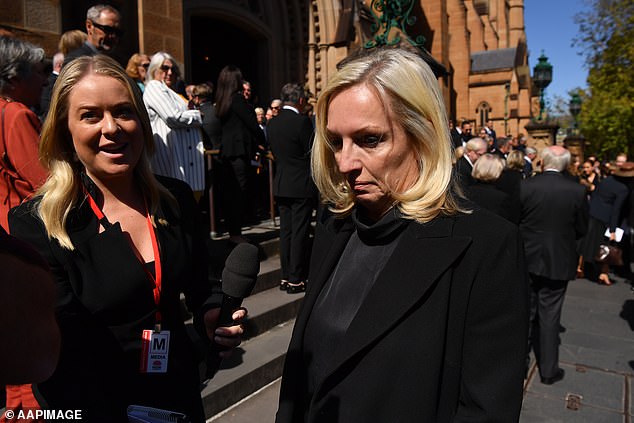 Government senators on the committee, which was dominated by opposition and crossbench politicians, rejected many of the recommendations.

‘The claim that Ms Holgate was denied procedural fairness and natural justice is contested,’ they said in an alternative report released at the same time.

The group said the report was biased because it had become a ‘highly politicised exercise.’

Mr Morrison has previously said he regrets causing hurt to Ms Holgate but has not apologised.

‘I see that this has caused some very strong reaction from Christine and had hurt her deeply. That was not my intention and so I regret that,’ he said in an interview in April.

‘The issue here was how taxpayers’ funds were being used in a government-owned company and as prime minister I have to stand up for those standards and did.

‘It was not my intention to upset or offend Ms Holgate. I appreciate she has gone through a difficult time and that’s not something that I would have liked to have seen happen.

‘But we’re all accountable for the decisions we make and the things that we do.’

Ms Holgate has since become CEO of Toll Global Express.

Australia Post’s lawyers have conditionally agreed to participate in mediation with her over the circumstances of her departure. 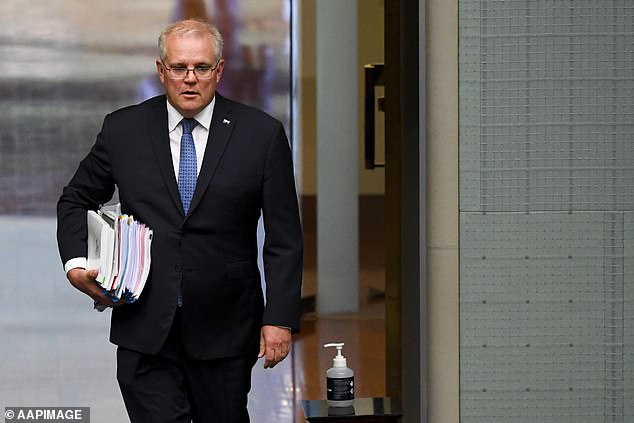