Campaigners have blasted a new Barbie-style doll with a butt lift which is set to go on sale in Brazil.

The doll, which will retail at around £7, has a bottom which in real life would be 40ins round.

But it has been met with a furious backlash from critics who claim the toy will ‘frustrate’ girls and encourage them to undergo surgery.

The doll has been created by the Miss Bumbum beauty pageant, with makers saying it has ‘authentic Brazilian curves’. It comes complete with the skimpy yellow and green swimsuit which will be worn by contestants in this year’s edition of the popular annual ‘best bottom’ competition. 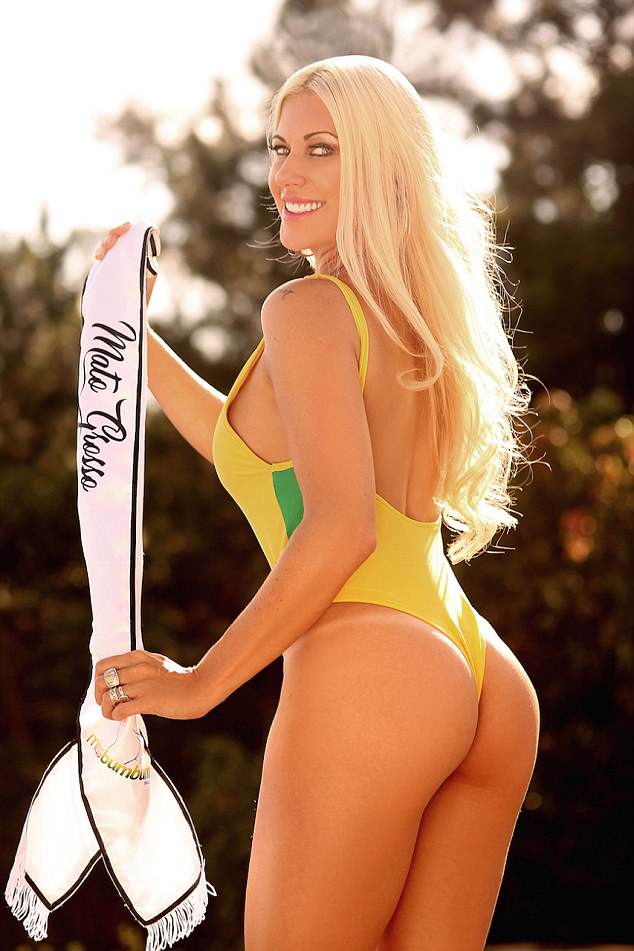 The doll comes complete with the skimpy yellow and green swimsuit. It will be worn by contestants in this year’s edition of the popular annual ‘best bottom’ competition. A model is pictured showcasing the swimsuit

Makers say they have already been inundated with pre-orders for the toy which will be launched on August 8, the day this year’s annual Miss Bumbum contest kicks off.

But one pro-family group has threatened to launch take legal action to prevent the toy from going on sale.

Campaigner Sara Winter, a candidate for federal deputy in this year’s elections, said: ‘I refuse to conceive in any shape or form that a toy doll of this kind will be allowed to be made, marketed or sold.

‘This is really serious. The doll’s bottom is completely disproportionate. A bottom that big is almost impossible to achieve without surgery.

‘For girls, dolls are a representation of the women they want to be, just like with dolls such as Barbie and Suzie. This doll will frustrate young girls, making them believe that this is the body they should have and aspire to.

‘I have no doubt that if a doll like this is circulating in Brazil it will lead to more teenagers and young women seeking dangerous procedures to make their bottoms bigger. 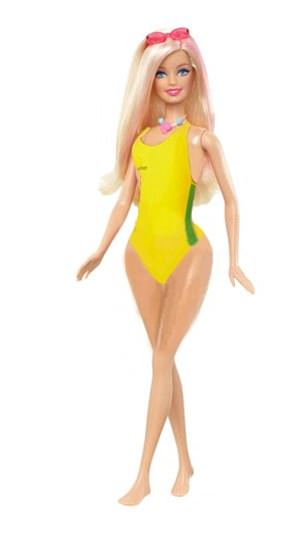 ‘Apart from that, it’s a a sexy, sensualised doll wearing a very revealing outfit, something that objectifies women just like the Miss Bumbum contestants it represents.

‘This doll has no place in any young girl’s bedroom and we are determined to ensure it never enters into production, let alone into the toy shops.’

They are also planning to write an open letter to the competition signed by prominent Brazilians demanding that production of the dolls be stopped ‘for the wellbeing of our children’.

Lenise Borges, a professor of social psychology and coordinator of the Transas do Corpo feminist group, also slammed the big-bottomed doll.

She said: ‘I’m completely scandalised. It sends a really explicit message to girls that they are objects, and that this is the type of body they should strive to have, either by exercise or by plastic surgery.

‘For many girls the doll will reinforce the idea that a large bottom is the ideal. The type of women they end up modelling themselves on is the type the doll represents, who are in many ways selling their bodies as a product and changing their appearance to please men, not themselves.

‘Dolls should be educational, but this one is more about men’s fetiche with women’s backsides. It is perverse.’

Feminist group Sexuality and Health Collective in Sao Paulo also positioned themselves against the controversial doll.

In a statement then group’s director Luiza Cadioli called the doll ‘damaging to childhood’.

She said the big-bottomed doll ‘creates very specific standard of beauty’ which in turn ‘increases the risk of eating disorders, body image disorders and dissatisfaction with one’s self-image.’

She added: ‘We know that girls suffer from an unreachable ideal promoted by the media, and at an ever younger age, and in this way sectors such as plastic surgery and aesthetics procedures provide them with the answer.’ 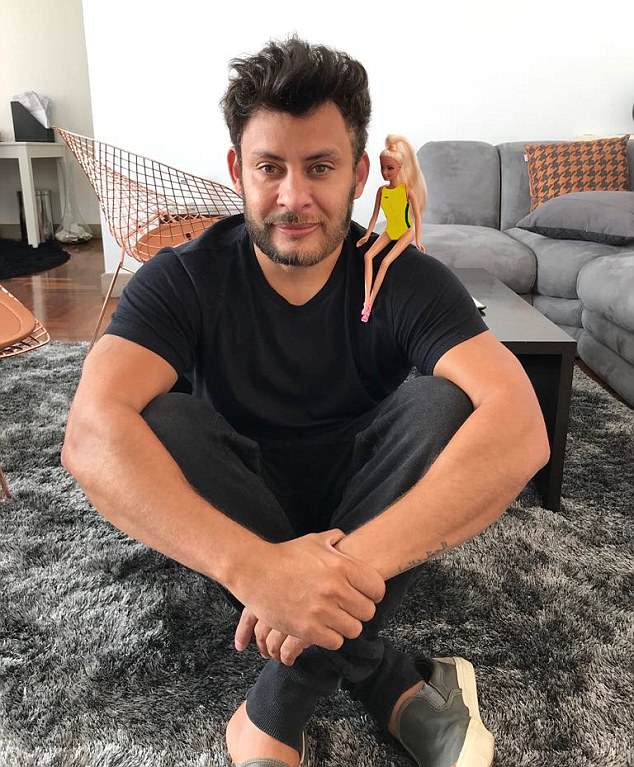 Cacau Oliver, the founder of the Miss Bumbum franchise, yesterday brushed aside criticism of the toy

Cacau Oliver, the founder of the Miss Bumbum franchise, yesterday brushed aside criticism of the toy.

He said in a short statement: ‘I don’t see any problem in commercialising a Miss Bumbum doll, my public are not children. The doll will be sold.’

A public vote whittles these down to 16 finalists who battle it out for the crown at a live final in front of a panel of judges.

Winners become overnight celebrities and go on to earn thousands of pounds in modelling contracts and endorsements.

This year’s competition, its eighth edition, is based on the theme ‘diversity’ while competitors will use the colours of Brazil’s flag to commemorate the World Cup in Russia.

Despite the competition being credited with popularising the plus-size bottom, the competition’s founder, Cacau Oliver, this week called on Brazilian women to stop trying to copy Kim Kardashian’s 43inch butt saying they were ‘unsightly’ and ‘exaggerated’.

Speaking at the launch of his autobiography ‘Make Celebrities’, he appealed for women to be more ‘patriotic’ or Brazil risk losing its fame as the land of the beautiful bottom.

He said: ‘Over recent years we have seen how the Kim effect had changed what is considered a beautiful body, and especially a desirable bottom.

‘Certainly when it comes to bottom aesthetics, she has become the only reference in Brazil. Every woman wants their bum to look exactly like hers, it’s almost an obsession.

‘I would ask Brazilian women to think again before trying to achieve a bottom like Kim Kardashian’s. I would ask them to be patriotic and instead of trying to copy an American bottom, strive to preserve Brazil’s image around the world.’

More women have their bottoms surgically enhanced in Brazil than any other country, with more than 64,000 butt lift procedures carried out every year.