A debate on feminism hosted by the Arts Council of Pakistan that did not feature any women on the panel has triggered a social media backlash in Pakistan.

The all-male discussion panel was due to sit on Friday for a debate titled Feminism: The Other Perspective, before outraged reaction to the line-up and name of the event forced the organisers to add two women to the event – feminist Mehtab Akbar Rashdi and journalist Quatrina Hosain.

The event will go ahead in Karachi under a new name, Understanding Feminism, and the literature has been amended to give more prominence to Uzma al-Karim.

A woman carries a sign and chants slogans during a rally to mark International Women’s Day in Lahore, Pakistan March 8, 2019.

One woman was listed on the original event line-up, panel host Uzma al-Karim, however social media users remarked that her name was not featured prominently on the event literature.

The Arts Council of Pakistan tried to defend the initial panel by saying the male decision-makers on the original panel were invited to share views on feminism.

One of the male panelists, Jibran Nasir, admitted that the title was ‘misleading’ and that he had requested that the organisers changed it. 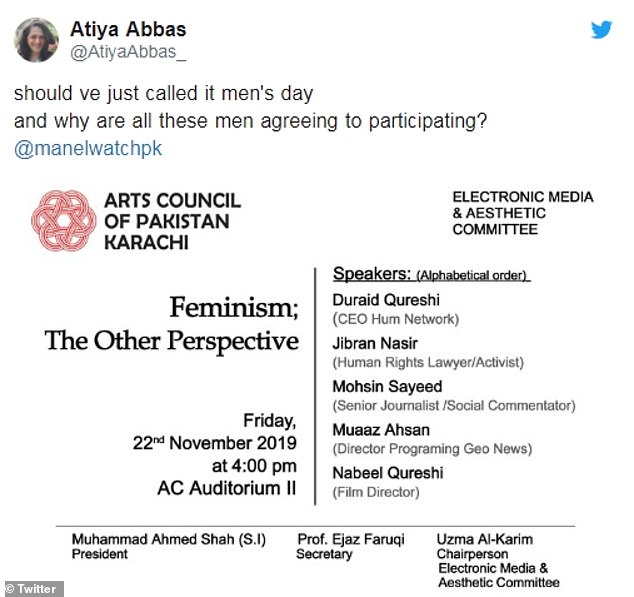 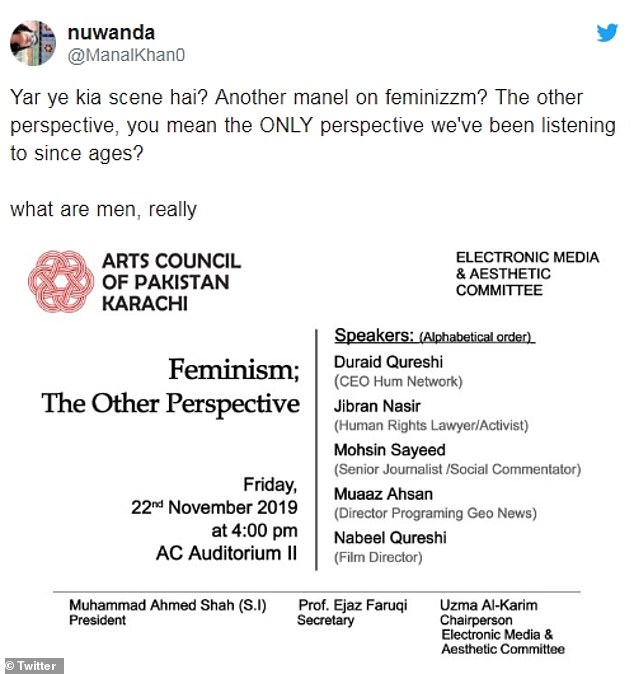 Nasir said that the panel was about ‘men talking to other men about rethinking masculinity and why as men we need feminism.’

Nasir added that the panel’s intention was not to ‘explain feminism’ or ‘talk about women’s issues as men.”

However many Pakistanis rejected this idea, with blogger Sajeer Shaikh writing that the panel propagated ‘an existing privilege and highlight a perspective that has been the dominant narrative for years.’ 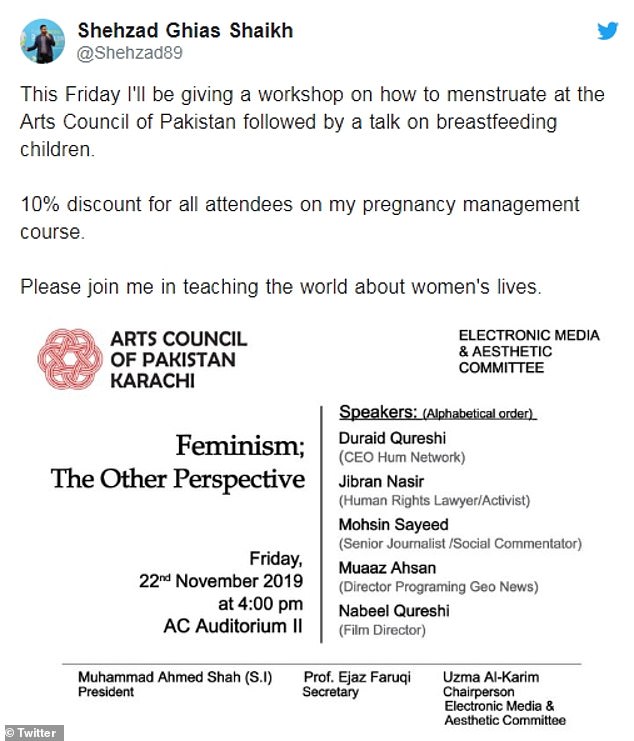 Some social media users chose humour over anger, with male comedian Shehzad Ghias Shaikh mocking the panel by saying he would follow up the event by hosting a ‘workshop on how to menstruate.’

Al-Karim, who was involved in organising the event, took to Twitter to respond to the furore, acknowledging that the all-male panel ‘hurts the sentiments of many.’ 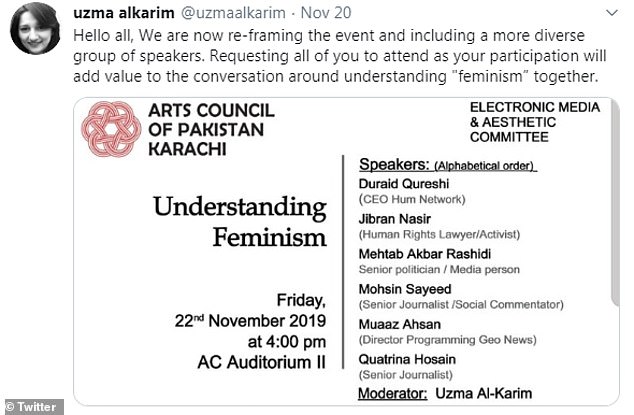