Serco’s  annual profits were up £100million on pre-pandemic levels in 2021, as it continued capitalising on Covid-related government contracts.

The outsourcing group, which has supported the UK’s Test and Tracing scheme and operates multiple coronavirus testing sites, posted a full-year trading profit of £233.4million, compared to £133.4million in 2019.

This was also a one-third increase on earnings in 2020 when the company made about £400million in revenue from assisting governments with their response to Covid-19.

Last year, the Hampshire-based firm said it earned around £700million from offering such services, including managing a quarter of all UK testing sites and conducting over 21 million tests.

Combined with higher revenue from its defence, justice, and immigration divisions, and a strong performance in Australia, its overall revenue surged by 14 per cent to £4.4billion.

At the same time, organic sales grew 10 per cent while free cash flow climbed 40 per cent. Serco has subsequently announced a dividend hike of 15 per cent and a share buyback programme of £90million.

However, it forecasts underlying trading profit will be impacted to the tune of about £60million as governments scale back their Covid-19 testing facilities, while revenues will drop by 6 per cent to £4.2billion.

Yet, following multiple contracts from customers across the world, its pipeline of new business at the end of 2021 totalled £9.9billion.

In the UK, its VIVO Defence Services joint venture secured contracts from the Ministry of Defence worth about £1.7billion over seven years to maintain the organisation’s building estate. 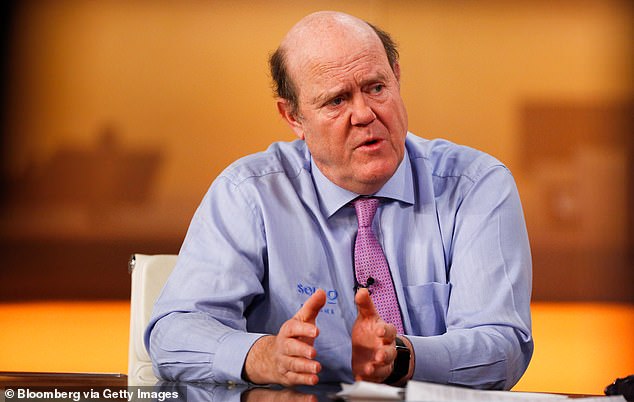 Thumbs up: Serco boss Rupert Soames said the firm ‘delivered an outstanding financial and operational performance across the world in the face of constant challenge and disruption’

Serco also earned two contracts to manage the Department for Work and Pensions’ Restart Scheme – a project aimed at helping unemployed people back into work in Wales and England’s West Central region.

Since the start of the year, the company has won a decade-long deal to manage the new HMP Glen Parva prison in Leicestershire, a US Navy contract valued at an estimated $200million, while WBB won over $100million of contracts.

Group chief executive Rupert Soames described 2021 as ‘a year in which Serco delivered an outstanding financial and operational performance across the world in the face of constant challenge and disruption.

‘Being a contract manager or team leader, responsible for the daily delivery of vital public services, is never an easy job, but 2021 was the toughest operational environment.’

He added that ‘whilst supporting governments in their response to Covid has provided a short-term uplift to revenues and profits, it has left an enduring legacy of a much more capable and efficient organisation, strong customer relationships, and lower debt.’

Despite the positive trading update, the group’s shares were down 3 per cent to £1.22 during the late afternoon, meaning their value has fallen by over 12 per cent since the start of the year.