Up to 80 percent of Americans are struggling with symptoms of depression amid the pandemic, a new survey finds.

And many are increasingly looking to alcohol and drugs to help them cope, according to a new survey conducted by YouGov and commissioned by Field Trip, a company developing psychedelic therapies for mental health.

For one in four Americans, the past year has been bad enough for them to seriously consider or even enact harm upon themselves.

Every day for more than a year, Americans have either been stuck at home, watching global COVID-19 cases and deaths climb from the hundreds to the thousands, from the thousands to the millions, or have been working jobs on the front lines with little diversion or social contact.

And as infection and death rates rose, so did rates of depression, anxiety and mental illness.

More than 30% of young adults aged 18 to 24 have felt depressed at some point over the past year, a new YouGov survey finds. Rates were nearly as high among those aged 25 to 34

Young people have been hit especially hard, as their normally active lives they knew pre-pandemic were turned inside out and locked down.

The new survey of more than 2,100 Americans  found that 31 percent of people between ages 18 and 34 have been trying to cope with symptoms of depression over the course of the past year.

Rates were nearly as high among 25- to 34-year-olds, 28 percent of whom reported depression symptoms.

Twenty-three percent of people between 35 and 49 and 17 percent of those aged 550 to 64 were also hit with depression.

Rates were lowest among the oldest age group, with just 10 percent of respondents aged 65 or older reporting depressive symptoms.

By comparison, just 18.5 percent of people aged 18 or older experienced depression according to the Centers for Disease Control and Prevention (CDC).

Women were also more at risk than men, with nearly a quarter struggling with their mental health amid the pandemic.

And just as many respondents – 24 percent – said they considered injuring themselves or felt they would be better off dead at some point in the two weeks prior to taking the survey.

A considerable portion of the survey respondents had seen someone about their mental health concerns and received a new diagnosis since the pandemic took hold in America, last March. 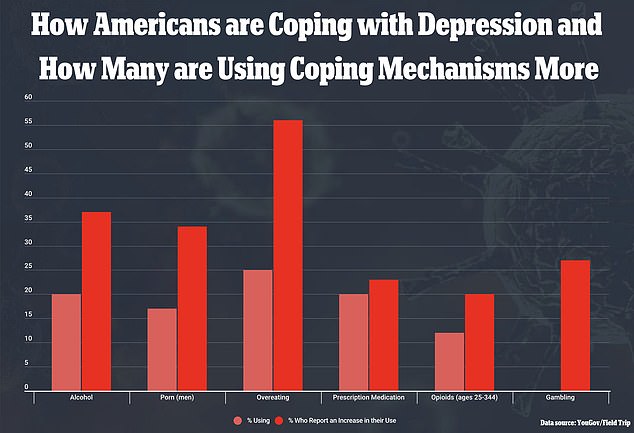 More than a third of respondents said they support using psychedelic therapies (like those offered by Field Trip) and a quarter said they were open to trying it themselves.

But many were trying to cope on their own, using mechanisms that could do more harm than good.

One in five people said they were drinking to help them cope, with 37 percent saying the amount of alcohol they consumed had increased since the start of the pandemic.

Unsurprisingly, with more time spent at home, and fewer activities to do, a quarter of respondents said that they’d been overeating.

Women were more likely to use food to cope. Thirty percent said they had been indulging to feel better, and one in four men and women admitted to putting on Covid weight. 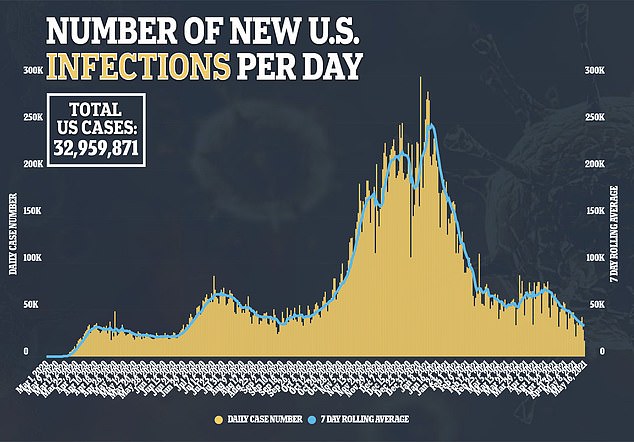 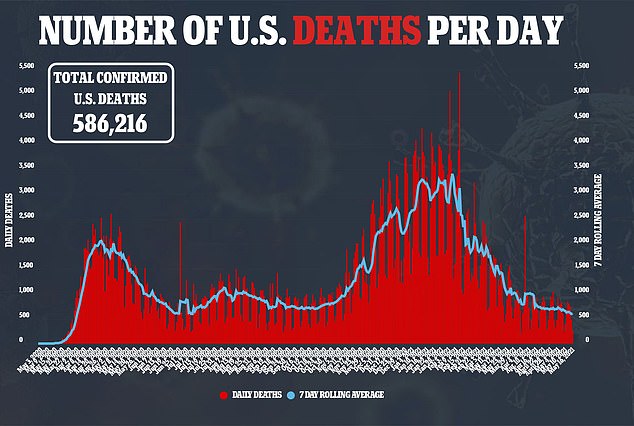 Opioid use was up, too. One and 10 young adults (between 25 and 34) said they had turned to the addictive painkillers to help them cope, and 20 percent of those said they were using the drugs more often.

Another 20 percent of people who answered the survey said they use prescription medications to help them get past negative feelings, and 23 percent said they were taking more pharmaceutical drugs than they did prior to the pandemic.

While many people were already getting help for, or planning to get help for their depression and mental health issues amid the pandemic, the survey suggests that there will be months, if not years, of mental health fallout from the pandemic ahead.