Owen Hargreaves has dismissed the notion that Cristiano Ronaldo is an ‘egomaniac’, revealing his former team-mate offered him the opportunity to take free-kicks in the 2008 Champions League final.

The pair played together for Manchester United and Hargreaves says Ronaldo made the gesture ahead of the warm-up before the showdown with Chelsea in Moscow.

The Portuguese had built a fearsome reputation for scoring from set-pieces and netted a stunning free-kick earlier in the season during the 2-0 home win over Portsmouth.

However, Hargreaves was also a dead-ball specialist, and Ronaldo insisted he should take charge after the former Bayern Munich man scored nine times in 10 practice attempts at the Luzhniki Stadium.

Asked how the duo would decide who should take set-pieces, Hargreaves told BeIN Sport: ‘Ask politely, like anything. But to be fair we used to practice all the time and he knew I could take them.

‘We used to practice all the time and Cristiano knew I could (score them) and I love that about him. 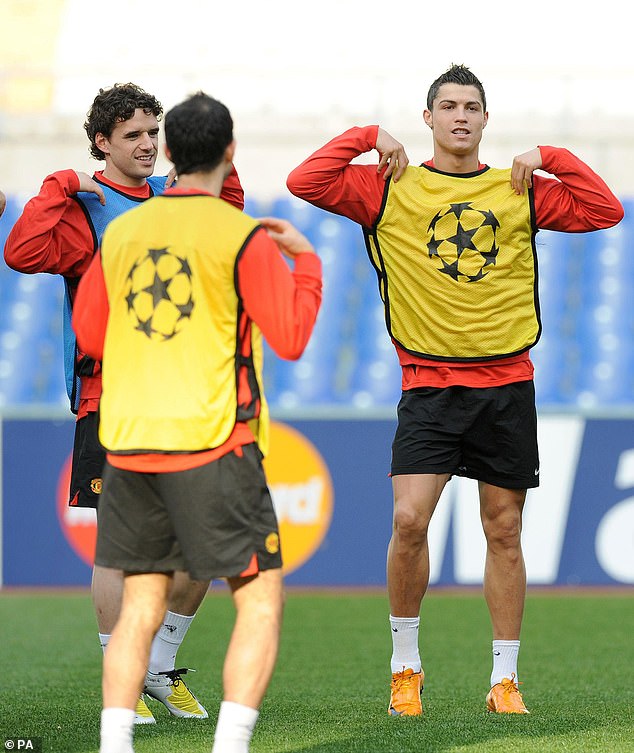 ‘I remember we played, I’d scored a couple, and we practiced before the Champions League final against Chelsea that year, he was on one side of the box and I was on the other.

‘I hit nine out of ten into the top corner and Edwin van der Sar was in goal.

‘And Edwin came to me and said, “Owen, if we get a free-kick in the Champions League final you’ve got to take it”.

‘I said, “I can’t take it off Cristiano, that’s Cristiano Ronaldo”. 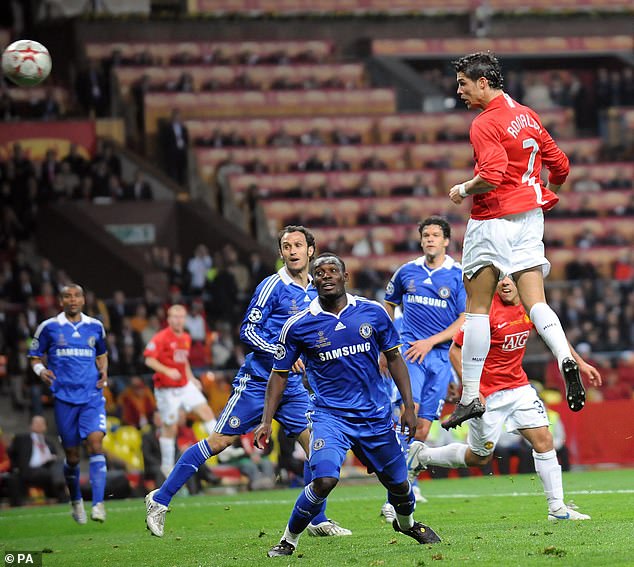 ‘Anyway, we get to the dressing room, we’re warming up to go out on the pitch before we go out, nobody is around, Cristiano walks over and says, “Owen if we get a free-kick today it’s yours, I saw you practising”.

Ronaldo opened the scoring in Russia with a bullet header before Frank Lampard equalised on the cusp of half-time.

Chelsea went down to 10 men after Didier Drogba slapped United defender Nemanja Vidic in extra-time, and a turgid half-hour culminated in a dramatic penalty shootout. 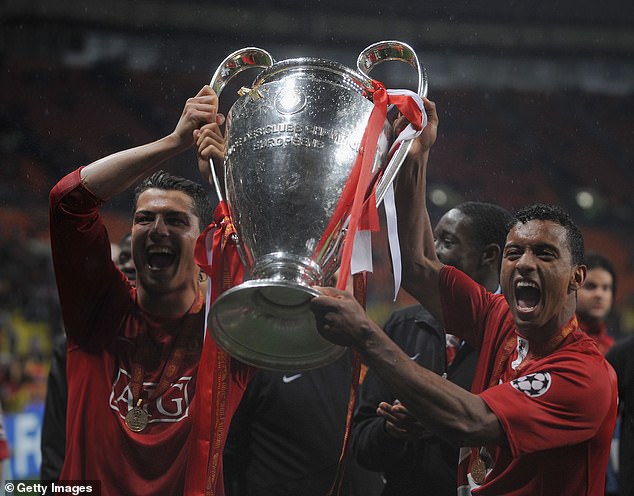 That handed United their third European Cup and Hargreaves insisted that, contrary to popular opinion, Ronaldo was a committed team player.

‘That’s who he was. Everybody thinks he’s like it’s all about him and an egomaniac. But if you’re good at something he’s the first one to see that,’ said Hargreaves.

‘And that’s why I got to take a couple that year because he knew I might score. I admire that about him, I really do.’