Owen Scott jailed for life for trying to kill four

A father who tried to murder his three young children and stepdaughter by hitting them over the head with a hammer before crashing his car into a pub at 92mph with them inside has been jailed for life.

Owen Peter Scott was arrested at the scene of the crash after he and the children, including his nine-month old baby, were pulled from the wreckage of the vehicle near Barnsley, South Yorkshire.

A judge heard how Scott drove his children – a girl aged seven and two boys aged 21 months and nine months – and his eight-year-old stepdaughter 250 miles before colliding with the brick wall of the Travellers Inn at 92mph.

His daughter will be wheelchair-dependent for the rest of her life, the court heard, and remains partially paralysed in hospital after losing a large section of her skull in the attack.

Prosecutors said Scott had first hit the children over the head with a hammer, but after failing to kill them he decided to crash into a building head-on.

At Sheffield Crown Court today, Scott was ordered to serve a minimum term of 14 years for attempted murder.

The judge, Mrs Justice O’Farrell, told Scott: ‘You will have to live for the rest of your life knowing that you have damaged, in some cases irrecoverably, the health, both physically and psychologically, of your children.’

He was originally arrested in Thurgoland, near Barnsley, on suspicion of dangerous driving while under the influence of alcohol or drugs.

Days later, South Yorkshire Police announced Scott, who had been driving a grey Dacia Logan, had also been charged with attempted murder.

Scott originally pleaded not guilty to the charges during an appearance at Sheffield Magistrates Court in September.

Scott, from Fawley near Southampton, Hants, looked up and smiled at two women in the public gallery but spoke only to confirm his name. 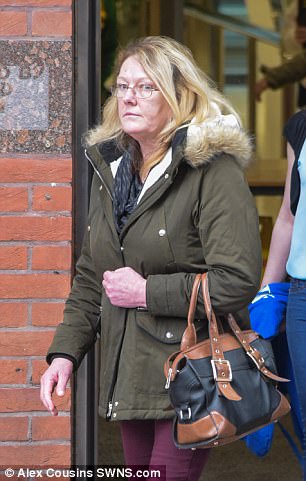 A judge heard how Scott drove the children – two girls, aged seven and eight, and two boys aged 21 months and nine months – 250 miles before colliding with a wall of the Travellers Inn

Michelle Colborne, defending, told the court in January: ‘Although he has been in custody since the commission of the offences his psychological position was unclear.

‘He may have been suffering from short-lived psychosis.

‘There’s a mitigation which demonstrates at the time he was likely suffering from psychosis, short-lived affecting his self-control.

‘He has very little or no memory of the events in the car.’

Scott also pleaded guilty to driving a vehicle dangerously on the A629, Copster Lane, Barnsley.

During a previous hearing, the court was told how Scott had a hammer in the car at the time and used it ‘to inflict blows on the children in the car to their heads’.

Simon Kealey QC, prosecuting, told the court: ‘As a result of failing to kill them in that way he ended up driving towards the pub.’ 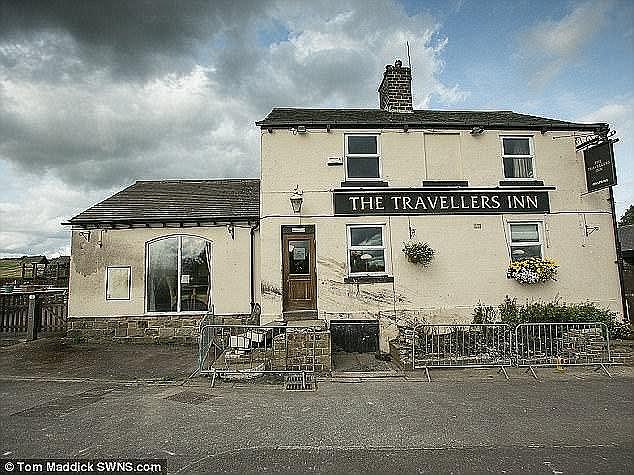 Owen Peter Scott was arrested at the scene of the crash (pictured) after he and the children, including a baby, were pulled from the wreckage of the vehicle near Barnsley, South Yorkshire 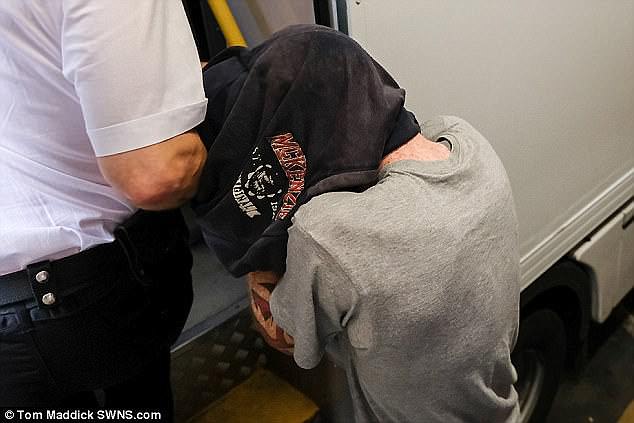 During a previous hearing, the court was told how Scott (pictured) had a hammer in the car at the time and used it ‘to inflict blows on the children in the car to their heads’