Oxfam was accused of a fresh cover-up last night after it finally released its original report into the Haiti sex scandal – but still refused to name the aid workers involved.

The charity published its internal document under pressure from critics, but redacted the names of those alleged to have used prostitutes in Haiti, some of whom may have been underage.

Last night MPs accused the organisation of hiding the truth, and urged it to end a crisis that has left its reputation in tatters.

Oxfam has been accused of a fresh cover-up after it finally released a report into the Haiti sex scandal but redacted the names of the aid workers involved, except former director in Haiti, Roland Van Hauwermeiren (pictured)

The charity has already faced claims it buried the report in 2011, in the wake of events following a devastating earthquake.

The scandal only came to light ten days ago when a newspaper revealed details from the original investigation. These included allegations that staff hosted parties with prostitutes wearing Oxfam T-shirts.

Late last night, the charity finally published the ten-page report, saying it wanted to be as ‘transparent as possible’, despite having suppressed the news at the time. The names of the ten people who were investigated were redacted apart from that of Oxfam’s director in Haiti, Roland van Hauwermeiren.

The investigation concluded that charities should be warned about ‘problem staff’ – only for several accused of abuse to successfully take up new posts in the aid sector.

The document detailed four dismissals and three resignations. Suspicions that underage sex workers had been exploited ‘cannot be ruled out’, it said.

Several men at the centre of the allegations subsequently took up roles in aid organisations, including at Oxfam.

Mr van Hauwermeiren became a senior figure in Bangladesh at Action Against Hunger, which claims Oxfam made no mention of his alleged conduct in 2011. One former staff member was employed by Oxfam as a consultant in Ethiopia just months after being sacked, a move the charity said last week was a ‘serious error’.

Last night, Oxfam said it was meeting Haiti officials to apologise for the mistakes it made, and would show them the unredacted report, with names included. 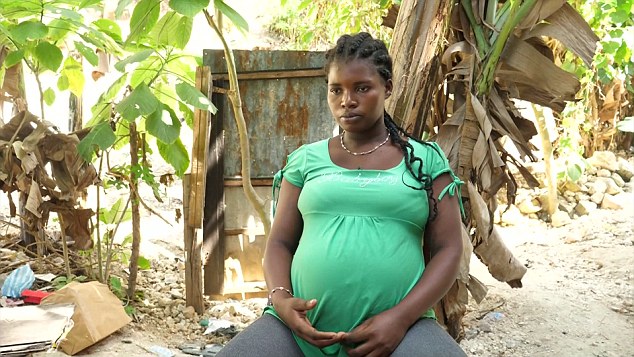 Last night, Tory MP Andrew Bridgen said: ‘Transparency is always the best disinfectant, and this is not transparency. Oxfam have lost the public’s trust, and actions such as this will not help to restore it.’

Among the alleged crimes uncovered by the charity’s investigation were the use of pornography and the bullying and intimidation of witnesses to misconduct.

The report also reveals that the charity treated Mr van Hauwermeiren leniently to protect its reputation.

But the report alleges that when an Oxfam team was sent to Haiti to investigate, Mr van Hauwermeiren confirmed that he had used prostitutes at the residence procured for him by the charity.

Oxfam allowed him to resign in a ‘phased and dignified exit’ if he agreed to help with the investigation. He left within a month.

The charges against those involved also included fraud, negligence and nepotism. One man was accused of faking his CV. 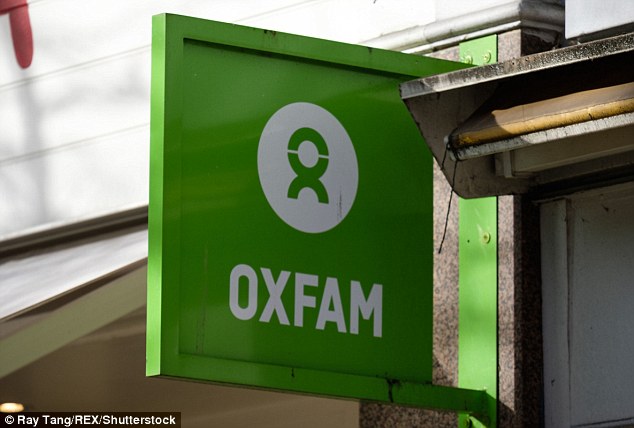 The charity has already faced claims that it buried the report in 2011, in the aftermath of the devastating earthquake

When an initial report was leaked, three suspects were allegedly ‘physically threatening and intimidating’ towards a witness named in the document.

The report will put further pressure on Oxfam boss Mark Goldring, who was described as ‘arrogant’ yesterday by Scottish Tory leader Ruth Davidson. She became the most senior politician yet to call for him to step down, after he said it was not as if aid workers had ‘murdered babies in their cots’. He also claimed that media reports were motivated by an ‘anti-aid agenda’ and critics were ‘gunning’ for the charity.

Last week, International Development Secretary Penny Mordaunt said new Government funding for Oxfam had been stopped until its standards improved. It received around £30million from the Government last year. Donors are reported to be deserting the charity, while several celebrity patrons have either distanced themselves from the charity or withdrawn support.