Dr Dirk Obbink, 63, was arrested by police in May on suspicion of theft and fraud after 13 priceless biblical papyrus fragments were sold to the Museum of the Bible in Washington DC.

It was then reported that he was awarded £434,000 by his college a year after concerns were first raised about his integrity.

The American-born professor, who denies the allegations, was handed a six-figure loan 12 months after a UK charity that archives and translates Greek manuscripts discovered in Egypt expressed concern about his behaviour, reported The Times.

The associate professor in papyrology and Greek literature has been released while police continue their investigation.

But now the Times reports that Obbink is now being sued in the United States by a company behind a planned Museum of the Bible in Washington.

Dr Dirk Obbink, 63, (pictured) was arrested by police last month on suspicion of theft and fraud after 13 ancient biblical papyrus fragments were sold to the Museum of the Bible, Washington DC. He denied allegations of wrongdoing 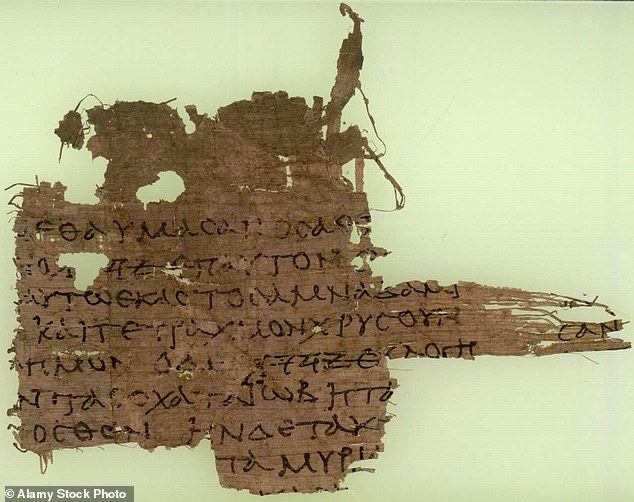 The company, which is run by an American evangelical Christian family called the Green family, claim papyrus fragments were sold by Obbink between 2010 and 2013.

Their company, Hobby Lobby, a chain of arts and crafts stores, have filed a claim in New York, reports the Times.

They claim in court papers that he made seven private sales, netting around £7million in the process.

According to the papers, some of the fragments were stolen by Obbink from the Egyptian Exploration Society – which looks after the biggest collection of papyrus in the world.

It comes as financial reports, seen by The Times and dated between July 2017 and July 2018, show Dr Obbink entered into the substantial equity-share with Christ Church college in 2018.

The loan is usually put towards helping professors buy homes in the city, but Dr Obbink already had rooms in the college’s Tom Quad, as well as a house with a pool in the city’s suburbs.

Last year Dr Obbink sold his business group that in 2014 bought a castle in Texas.

On November 12 Thames Valley police received a report that 13 priceless ancient papyrus biblical fragments had been stolen from from the Oxyrhynchus collection at Oxford University.

The Egypt Exploration Society (EES), who own the papyrus fragments, claim they were stolen from the Sackler Library at Oxford University.

Dr Obbink has denied any wrongdoing and said the allegations are a ‘malicious attempt’ to harm his reputation and damage his career.

The ancient papyrus was originally found during the early 20th Century in the Egyptian city of Oxyrhynchus.

EES director Dr Carl Graves said: ‘These are early fragments of the gospels or biblical fragments. 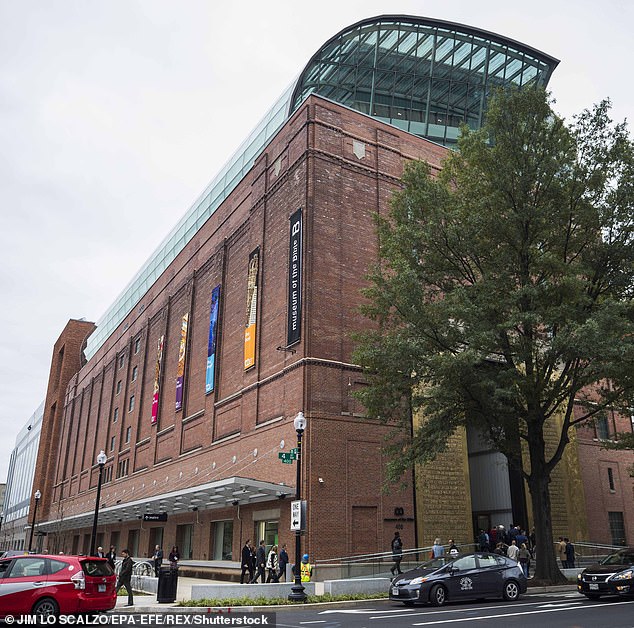 The ancient papyrus fragments were sold to the Museum of the Bible in Washington DC (pictured). They have cooperated and returned all 13 pieces to the Egypt Exploration Society

Papyrus is a plant, rather like a reed, which used to grow in Egypt. In ancient times, the Egyptians used it to make small, light-weight boats, sandals, mats and baskets, as well as a paper-like material for writing on.

This writing material is also known as papyrus. Sheets of papyrus were often stuck together to form long rolls (scrolls) for lengthy documents like Books of the Dead. Documents written on papyrus are known as papyri.

The oldest example of a roll of papyrus (without writing) dates to about 2985 BC, and the oldest written papyrus document comes from about 2495 BC.

‘They are testament to Egypt’s early Christian heritage and are early evidence of biblical scripture. We don’t value them monetarily but they are priceless and irreplaceable.’

In a statement on its website in 2019 the EES said: ‘The MOTB [Museum of the Bible] has informed the EES that 11 of these pieces came into its care after being sold to Hobby Lobby stores by Prof Obbink, most of them in two batches in 2010.’

He also said that the Museum of the Bible had been cooperative and that all 13 biblical fragments had been returned.

The museum was established by the billionaire Green family who own the Hobby Lobby chain of crafting stores.

Dr Obbink was suspended from Oxford in October, a month before the theft was reported, after an investigation was held into the disappearance of the papyrus fragments.

The fragments, which come from Genesis, Exodus and Deuteronomy, are different sizes, contain different numbers of words and took decades to put together.

Dr Obbink had previously told the Guardian: ‘The allegations made against me that I have stolen, removed or sold items owned by the Egypt Exploration Society collection at the University of Oxford are entirely false.

‘I would never betray the trust of my colleagues and the values which I have sought to protect and uphold throughout my academic career in the way that has been alleged.

‘I am aware that there are documents being used against me which I believe have been fabricated in a malicious attempt to harm my reputation and career.’