Timothy Tregoning is pictured outside Waverley Local Court on Tuesday

The ex-husband of P.E Nation co-founder Claire Tregoning bought a bag of cocaine on the same day she told him not to come home, a court has heard.

Timothy Tregoning, 41, pleaded guilty in November to possessing a prohibited drug after police found him with 0.92 grams of cocaine at Bondi Beach on September 30.

The father-of-two was supported by his parents and lawyer Bryan Wrench when he was sentenced with two criminal convictions and a good behaviour bond in Waverley Local Court on Tuesday.

During his sentencing, the court heard Tregoning was ‘unravelling’ when he bought the bag of cocaine due to a distressing phone call with his now-ex wife, activewear mogul Claire. 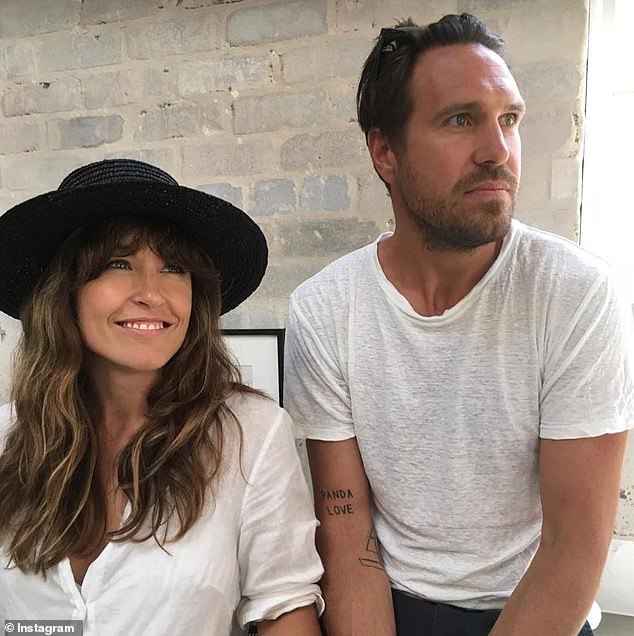 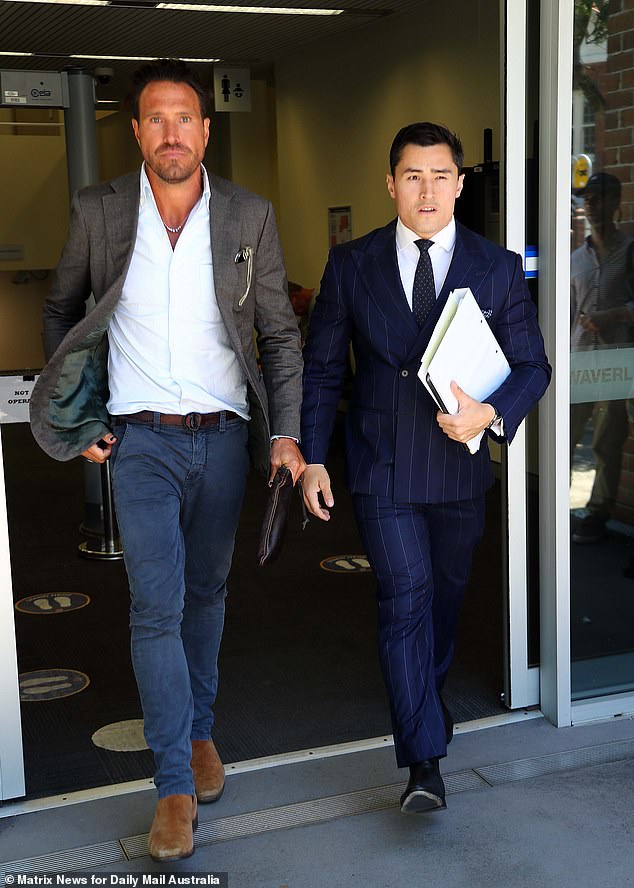 Mr Wrench told the court his client was experiencing weight loss and muscle spasms during that period of time, and was ‘approaching a separation’ at the time of the offence.

The magistrate told the court: ‘He was distressed and he realised it was confirmation that he felt like he was using his wife and children.’

‘He wanted to feel a sense of numbness and went ahead with the purchase of cocaine.’

The couple quietly ended their 11-year marriage eight months ago, but the court heard on Tuesday that Claire wrote a glowing character reference.

‘She writes very highly of him and is supportive of him,’ the magistrate told the court.

The court heard Tregoning had a number of sessions with psychologists and psychiatrists after he was charged with drug possession to help him with his depression and ADHD, which leads to him acting ‘impulsively’. 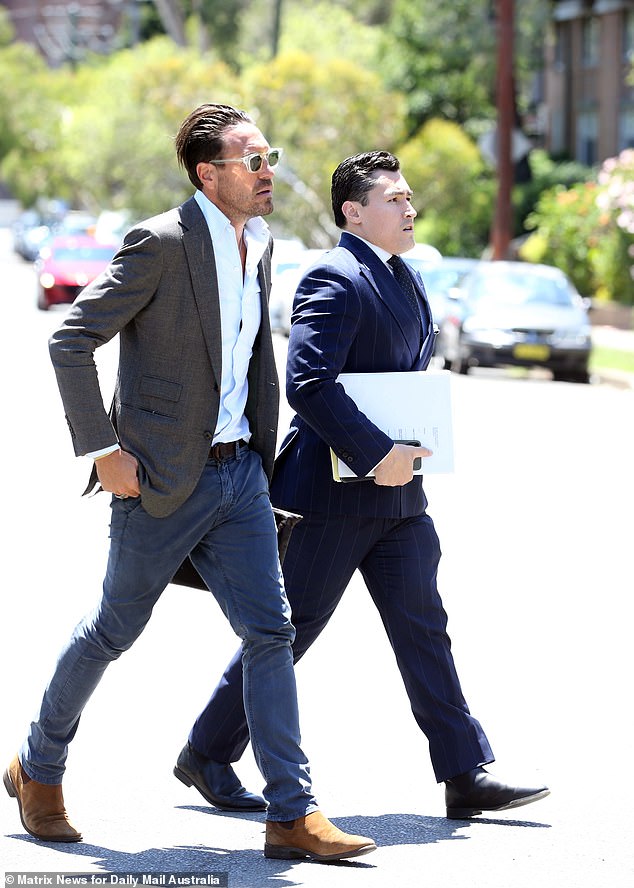 Timothy Tregoning, 40, pleaded guilty in November to possessing a prohibited drug after police found him with a small, resealable bags of cocaine at Bondi Beach 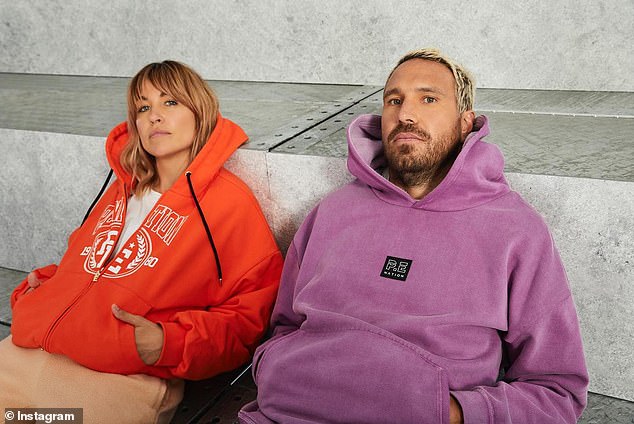 Claire Tregoning, 42, (left) confirmed her split from husband Timothy, 41, (right) on Saturday after they separated eight months ago

In his sentencing remarks, the magistrate said the ‘prevalence of dial-a-dealer’ cocaine crime in Sydney’s eastern suburbs is ‘at a higher level’ around Bondi Beach and police are on the look-out for potential offenders.

However, he noted that Tregoning cooperated with police when he was apprehended, and told them the cocaine was in the right-hand pocket of his pants.

The magistrate told Tregoning to stand in court, and said: ‘It’s critical at this time when you’re going though a lot that you don’t attempt to self medicate.’

He urged the cinematographer not to turn to alcohol, reminding him it’s ‘not a crutch’ to rely on.

‘Make sure over the next 12 months, you you continue doing what you’re doing,’ the  magistrate said.

‘Make sure in terms of the treatment you have in place, they are your first port of call as opposed to alcohol.’

He was also fined $550 after he was caught driving a car to a mechanic in Avalon, in Sydney’s Northern Beaches, in November without an interlock device.

Interlock devices are used to test the blood-alcohol level of some drink-driving offenders.

A motorist must complete a breath test before they can drive – if alcohol is detected, the vehicle will not start.

When asked whether he was happy with the result outside court, Tregoning told Daily Mail Australia: ‘Yeah, absolutely.’ 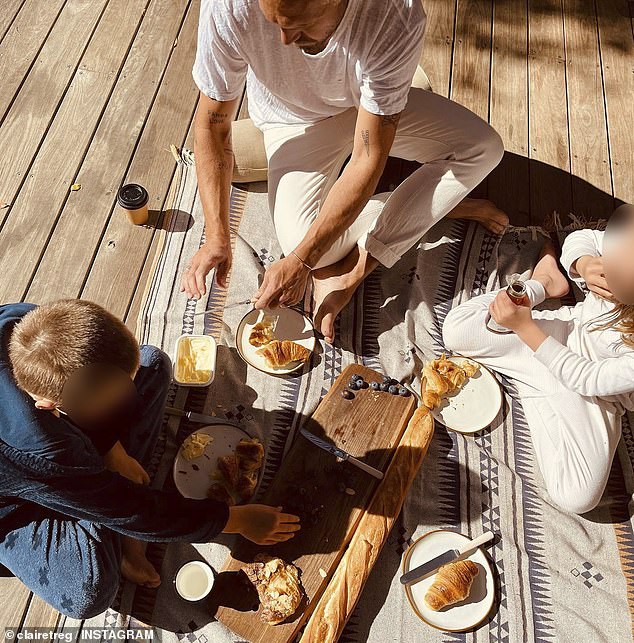 The P.E Nation co-founder and filmmaker who share two children together (pictured), kept their break-up under wraps for most of last year

‘It is very amicable, we still love each other, we are co-parenting and he remains a great friend,’ she told the Sydney Morning Herald.

‘Things change and that’s just what happened for us, but we are getting through that with a lot of respect and support for each other.’

Rumours emerged last November that the pair had quietly split after they deleted each other from Instagram and stopped posting loved up pictures.

They spent most of their marriage renovating their family home in Avalon, in Sydney’s northern beaches, and raising their two children.

From relaxing family weekends to lavish trips away, the businesswoman was constantly tagging her cinematographer husband in Instagram posts with their kids as she wore P.E Nation gear. 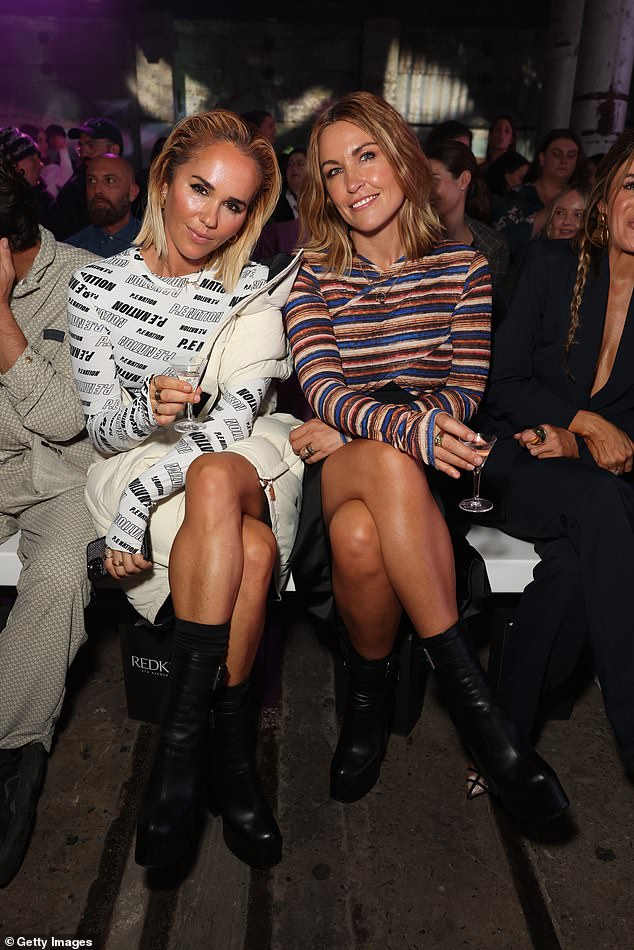 During interviews in 2020, the pair spoke about how they relied on each other for support during lockdown – with Claire adding that her husband travelled a lot for work, so ‘both being locked down has been amazing’.

In December of that year, she shared with her 19,000 followers a photo of her and her husband in a passionate embrace while laying in bed together during a Tasmanian holiday, with the caption ‘Lover’.

On Father’s Day last year, Claire posted an image of Timothy and their kids eating croissants together on the deck of their $1.2million renovated ‘shack’ – gushing about how he’s a ‘beautiful chaotic loving dad’ to their ‘crazy cubs’.

‘The love you shower our crazy cubs in is endless. Your journey and growth as a father has been an inspiring one to watch. We love you,’ she wrote.

It was the last time he featured on her feed.

Since then, Claire has been on holidays to Tasmania and Los Angeles, a ski trip to New Zealand, and two jaunts to London – splashing her getaways on Instagram, tagging friends and family members each time.

Her husband, however, had been notably absent from her feed.