A one-year-old girl who died in August was killed by a potent elephant tranquilizer that is often mixed with heroin, it has been revealed.

Au’Driana Cohen died in August at her home in McKees Rocks, Pennsylvania, on August 6.

On Thursday, a medical examiner’s report revealed Au’Driana had carfentanil in her system when she died.

Her parents claimed on Facebook that she was being looked after by a babysitter at the time.

A relative told DailyMail.com the babysitter’s drug addict mother was in the home with her at the time and overdosed. She remains in critical condition in hospital.

Carfentanil is the world’s deadliest opioid. It is 10,000 times stronger than morphine and 5,000 times more potent than heroin.

It is used to sedate elephants and was tested in aerosol form as a weapon by the US military in the 1970s.

One-year-old Au’Driana Cohen died in August after ingesting carfentanil, the world’s strongest opioid which is used to sedate elephants. Police are investigating how she came into contact with the drug

Just two milligrams of the substance is enough to knock out a 2,000 pound African elephant.

The medical examiner ruled Au’Driana’s death as an accident and no charges have been brought against anyone.

Since she died, her family has moved out of the area where she lived.

Shawniece Cohen, Au’Driana’s aunt, spoke to DailyMail.com on Thursday to insist the girl’s parents were innocent.

She said Au’Driana was being looked after by a babysitter who had her own children in the home too when she died.

They believe the babysitter’s mother, who they claimed uses drugs, brought them into the house.

The relative said the babysitter thought Au’Driana was sleeping and wrapped her in a blanket and placed her on her father’s bed to nap. 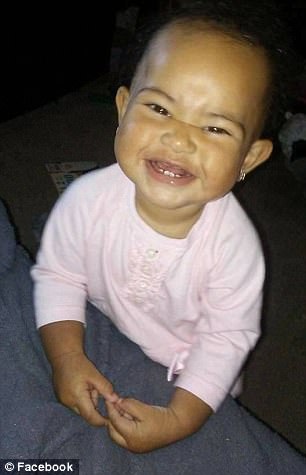 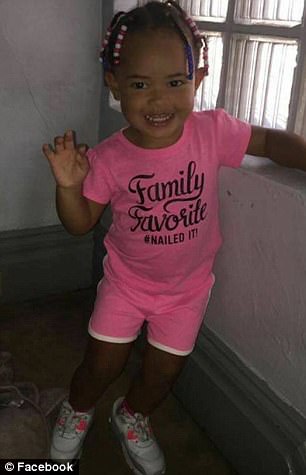 A medical examiner has ruled Au’Driana’s death as an accident. The girl’s parents say she was being looked after by a babysitter who was taking drugs in the home when she died

When she returned, she found her unresponsive and called the toddler’s parents then alerted police, she said.

Her mother remains in the hospital in a critical condition after overdosing on the substance, they said.

Allegheny County Police say they are still investigating her death. No charges have been brought against any adult.

They could not confirm her parents’ claim that she was being cared for by a babysitter at the time of her death when contacted by DailyMail.com on Thursday. 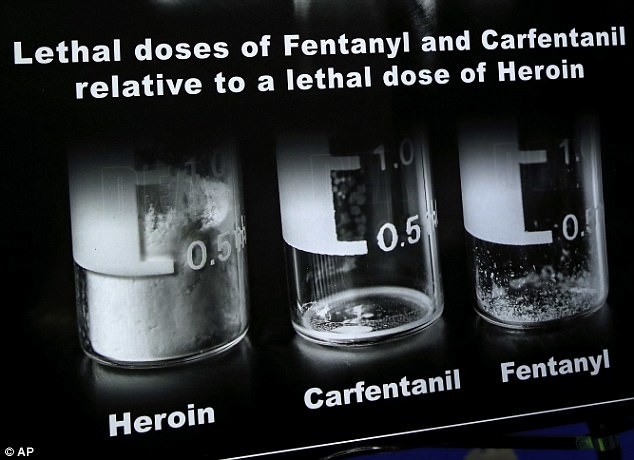 Carfentanil is 5,000 times stronger than heroin. The above illustration shows how much of each substance it takes to kill an adult along and the lethal dose of fentanyl, another synthetic opioid which is sweeping the country 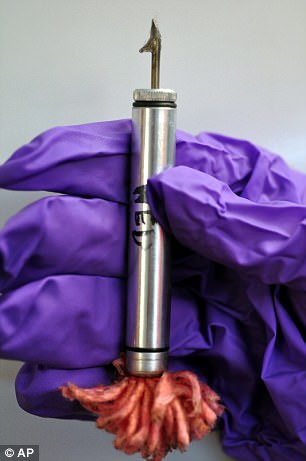 Carfentanil, which is considered the deadliest opioid in the world, has crept into the US drug trade gradually over the last year.

Experts say it is sometimes mixed with or passed off as heroin by drug dealers.

Its growing use coincides with the increasing popularity of fentanyl, a pain killer which is 100 times stronger than morphine.

Varfentanil is another 1,000 times more potent, can make users stop breathing as soon as they ingest it.

Last August, 96 people overdosed in a single week in Ohio after taking heroin laced with carfentanil.

Drug dealers have been adding it to heroin to give addicts a stronger high.

They are doing the same with fentanyl and the result is a growing opioid-addiction epidemic across the country.

Unlike heroin, which comes from the resin of poppy plants, fentanyl and carfentanil are synthetically produced.